On July 24th, 1847 Brigham Young and his team crested a small hill just outside of Emigration Canyon. Young, sick with Rocky Mountain Spotted Fever, ordered the wagon to stop, glanced out the covered wagon at the desert valley below, and declared, “It is enough. This is the right place. Drive on.”

The saints traveling with him could hardly believe this dry desert landscape would one day “blossom like a rose” as Young had prophesied. But over the next years, tens of thousands of Latter-day Saints trekked out West, and Young heralded in a distinctly urbanist vision as the Saints built up their State of Deseret.

Renowned urbanist architect and writer, Andres Duany regarded Brigham Young as the “Henry Ford of urbanism,” according to a 2013 article from the Salt Lake Tribune. But the urbanist vision that led to the implementation of Utah’s grid system began in 1833, with Joseph Smith’s City of Zion plan. 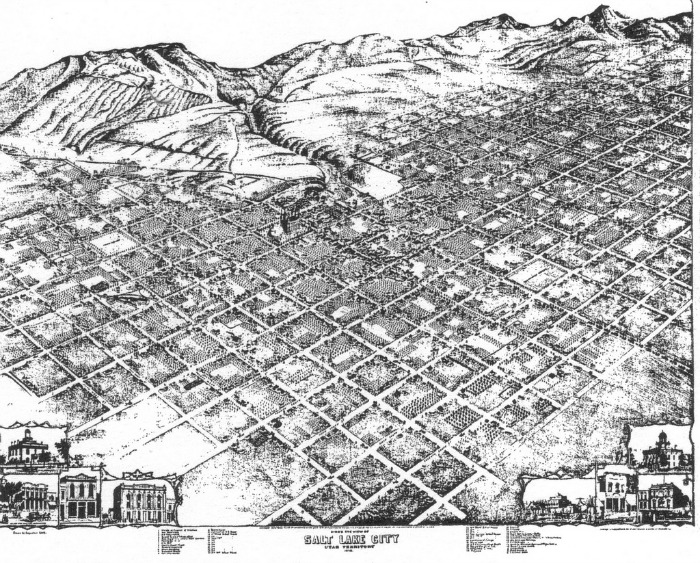 The plan took New York City’s own grid-system as inspiration, but aligned the streets exactly north-south, east-west, and increased block sizes to suit the Saints’ agricultural needs. With defined edges and streets wide enough to turn a team of mules, the town was to be centered around one communal point: the Temple.

From the time the Mormon Pioneers arrived in the Salt Lake Valley in 1847 until the time their collective settlement efforts ceased in 1930 they settled 757 communities with 443 of those settlements existing in Utah alone.  These settlements went as far north as Taber, Alberta, Canada and as far south as Galeana, Mexico.  What is most remarkable about this community building phase is the rate of success that they were able to achieve.  Of the 757 communities that were settled only 76 were abandoned.  Abandonment was never from internal, social forces.  Rather, their “failure” came from external (i.e. Indian conflicts, war, government policy) or environmental (i.e. floods, inadequate water, poor location) forces, giving the Mormons an astounding 90% success rate.

A recent Forbes article by The Market Urbanism Report owner, Scott Beyer, provides a great overview of Mormon Urbanism, past and present. Most remarkable about Beyer’s observations is how integrated religion has become for urban planning.

“While staying temporarily in Provo, for example, I have passed three different churches daily during my 30-minute walk to the Brigham Young University campus,” Beyer remarks while discussing the division of towns via the “ward” system.

Beyer also comments on the hot-topic of Salt Lake City’s extremely large city blocks (660 ft x 660 ft, or about 10-acres). Originally designed to encourage a mixture of agriculture in the city, the large blocks instead encourage large amounts of wasted space, increase the difficulty for foot-traffic, and can reduce the “vibrancy” of a fast growing city.

For the more residential areas and heavily trafficked streets, the wide roads have proved to be advantageous as cities didn’t need to worry about the tricky business of widening a road. But for the more “urban” areas, the wide roads encourage fast driving, and discourage pedestrian traffic. 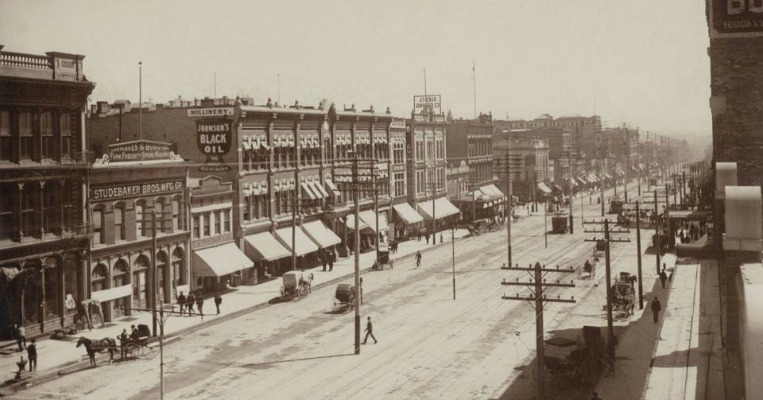 In 2013, Urbanist Steve Mouzon suggested that planting crops at the center of each of these blocks, and adding various footpaths for easy access could help solve this issue. However, in his more recent article, Beyer indicates the current focus is on narrowing the streets and cutting the blocks up, leaving this idea of Agrarian Urbanism behind.