The New York Times reported today that Robert M. Gates, President of the Boy Scouts of America, called for an end to the BSA’s blanket ban on gay leaders. He is quoted as saying,

We must deal with the world as it is, not as we might wish it to be…any other alternative will be the end of us as a national movement.

Gates also indicated that religious groups, including Mormons and Roman Catholics should remain free to set policy for their own leaders. In 2013 The Church of Jesus Christ of Latter-day Saints supported a vote by the BSA National Council to allow gay youth to participate in scouting, calling the process, “A thoughtful, good-faith effort.”

The Church released a statement earlier today indicating that it will “examine any such changes very carefully to assess how they might impact our own century-long association with the BSA.” 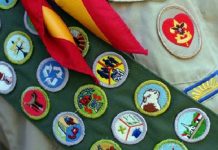