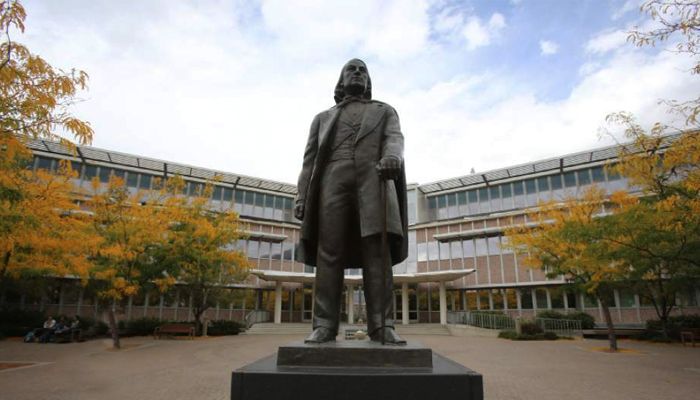 Following the recent incidents of sexual assault at Brigham Young University, the university’s Title IX and Honor Code offices have faced increasing scrutiny. In response, BYU indicated it would evaluate “potential structural changes” in an effort to encourage victims to come forward.

In late April, the BYU Honor Code was accused of fostering rape-culture by scaring sexual assault victims into silence. Many students believe the current system improperly handles sexual assault cases. Drinking, taking drugs, and consensual sex are all prohibited by the BYU Honor Code — the code of conduct every student at BYU agrees to live by upon admission. If the Title IX office finds an assault occurred under circumstances that were not Honor Code compliant, a student may face expulsion.

Over 110,000 people signed a petition urging BYU to add an amnesty clause to the Honor Code. BYU responded by beginning this in-depth look into how they can improve the sexual assault reporting process.

As part of this comprehensive study, initiated by BYU President Kevin Worthen, a website — feedback2016.byu.edu — was launched Thursday, May 19, in order “to obtain feedback on matters relating to sexual assault.” Feedback is completely anonymous, and open to all.

The Advisory Council on Campus Response to Sexual Assault, led by BYU Student Life President, Janet S. Scharman, has been tasked with identifying opportunities for on-campus change that will help decrease instances of sexual assault. The task force will also examine the reporting process for sexual assault victims “as sensitively and compassionately as possible.”

“At the conclusion of this study I believe we will have a system that people — particularly the victims of sexual assault — feel they can trust, and that creates an environment where we can effectively work to eliminate sexual assaults on campus,” said President Worthen. “I have every confidence that this group will bring forward positive recommendations that will ultimately make BYU a better place.”

The Church Speaks Up

On the evening of Thursday, May 19, The Church of Jesus Christ of Latter-day Saints released a statement supporting BYU in their actions against sexual assault. This statement comes after the Church was repeatedly denied the opportunity to comment by the Salt Lake Tribune.

The Church expresses a zero-tolerance policy for sexual assault, stating, “Assault of any kind is a serious criminal offense, and we support its reporting, investigation and prosecution to the full extent of the law. Victims of assault or recipients of unwelcome sexual attention should be treated with sensitivity, compassion and respect.”

The Church’s full statement can be found below.

Sexual assault is a serious concern at campuses across the nation. At Brigham Young University, students enter the campus knowing that they are expected to live according to high standards of personal morality and conduct, and certainly any form of abuse or assault falls well below any such standard. BYU’s remarkable campus community reflects character and students’ commitment to live exemplary lives.

Sadly, there are exceptions. Media have published deeply personal stories of victims of sexual assault who feel they have been treated poorly when reporting their assault. They are painful to read, but we do not believe they represent the ideals BYU or Church leaders follow when responding to victims.

Let us be perfectly clear: There is no tolerance for sexual assault at BYU or in the Church. Assault of any kind is a serious criminal offense, and we support its reporting, investigation and prosecution to the full extent of the law. Victims of assault or recipients of unwelcome sexual attention should be treated with sensitivity, compassion and respect and should feel that those to whom they disclose the assault are committed to helping them deal with the trauma they have experienced. In instances where there may have been conflict between meeting Honor Code and Title IX priorities, BYU is taking significant steps, including forming an advisory council to explore these circumstances and make recommendations for change, as needed.

Today, the university issued a letter outlining that process and launched a website inviting input. We believe their work should be given time and space to proceed so that it can result in a process that more completely reflects care for victims of sexual assault and that provides a safer campus.

The recent firing of Baylor President Ken Starr, due to reports of rampant sexual assault across the campus, highlights the struggle religious universities face in balancing honor codes with assault reporting.