After the panic of losing his 2-year-old son at a Fourth of July parade and the sense of relief after finding him on some nearby swings, Spencer Behrend came up with a brilliant idea: the Kiband.

Behrend, a father of five and recent BYU MBA graduate, decided it was time for parents to have a way of keeping track of their young children when in a crowded environment. The Kiband is a smart band worn by a child that, when paired with the app, sets off an alarm if the child wanders too far.

Parents can designate a certain distance that is okay for the child to wander in, but will notify parents as soon as the child crosses the designated threshold. 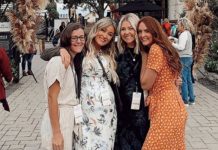