Buzz LDS News BYU and Utah ranked in US News and World Report Survey for...

A breakdown of the top in the nation and the Utah colleges is shown below: 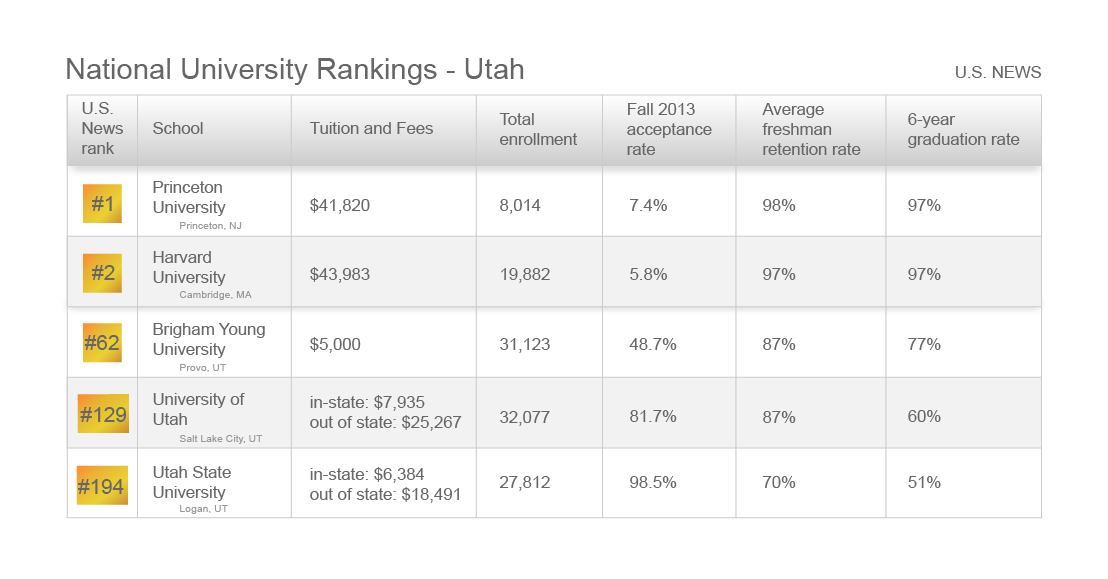 A breakdown of the national college rankings based on programs is as follows:

For full time MBA programs, BYU ranked in 27th place in a tie with Arizona State, Ohio State and others, while the Utah MBA program tied at #63 with Tulane.

Utah State University has a regional ranking (West) of 58 followed by Weber State at 68, and Utah Valley University remains unranked.