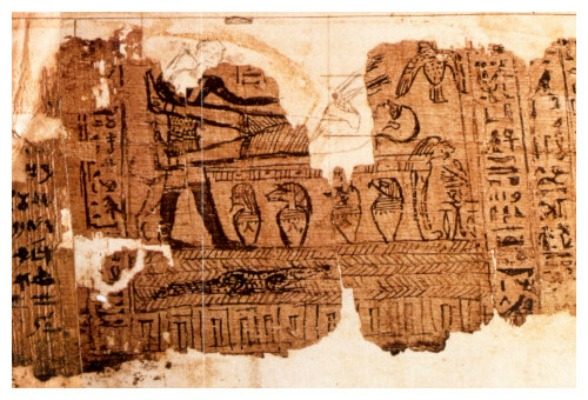 Over the last several years, the book of Abraham has come come under fire by critics of The Church of Jesus Christ of Latter-day Saints. Members of the Church have responded with resources to help people deal with these questions. Today, the Church released an essay titled, “Translation and Historicity of the Book of Abraham.” The Church explored the origin, translation process, and the relationship between the book and the ancient world in depth. In recent months, the Church has released several of these types of essays in their gospel topics section of LDS.org to address issues in Church history.

Doctrine of the Book of Abraham

The Church explains the role of the book of Abraham as a canon of scripture. The Church writes,

“The book of Abraham clarifies several teachings that are obscure in the Bible. Life did not begin at birth, as is commonly believed. Prior to coming to earth, individuals existed as spirits. In a vision, Abraham saw that one of the spirits was ‘like unto God.’ This divine being, Jesus Christ, led other spirits in organizing the earth out of “materials” or preexisting matter, not ex nihilo or out of nothing, as many Christians later came to believe.  Abraham further learned that mortal life was crucial to the plan of happiness God would provide for His children: ‘We will prove them herewith,’ God stated, ‘to see if they will do all things whatsoever the Lord their God shall command them,’ adding a promise to add glory forever upon the faithful. Nowhere in the Bible is the purpose and potential of earth life stated so clearly as in the book of Abraham.”

The paper outlines the unique translation process of the book of Abraham. Unlike the Book of Mormon, there were no eye witness accounts to the actual translation. However, many people saw the papyri Joseph Smith used to translate, but only small fragments exist today.

We do know some things about the translation process. The word translation typically assumes an expert knowledge of multiple languages. Joseph Smith claimed no expertise in any language … The Lord did not require Joseph Smith to have knowledge of Egyptian. By the gift and power of God, Joseph received knowledge about the life and teachings of Abraham.

As with all other ancient scripture, the status of the book of Abraham as holy scripture cannot be settled by scholarly debate. The essay concludes with these thoughts,