Buzz These Companies Benefit From Sexual Exploitation, and You Probably Use their Services... 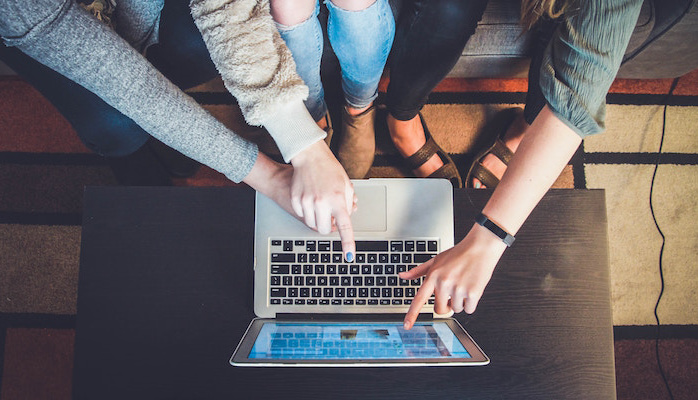 Each year the National Center on Sexual Exploitation (NCOSE) releases their “Dirty Dozen List.” The list names and shames the top companies and organizations in the United States who profit from sexual exploitation.

But a big corporation can be pretty far removed from the individual, though, right? So what’s the purpose of the list then? According to the NCOSE’s website, the list is “an activism tool that gives back power to individuals who want a voice in the culture.”

“Activism tool” might sound extreme to some. If you barely have time to juggle your day-to-day responsibilities then you’re not exactly signing up to join an activist group are you?

Well, maybe you should be. NCOSE’s site says it perfectly:

“In today’s world, corporations drive our culture. They influence how people communicate, how they dress and what information they receive. When a company makes a positive change to stop promoting sexploitation, it has a ripple effect that influences countless lives.”

And if you don’t want to take the word of experts on the issue, maybe President Gordon B. Hinckley might hit closer to home.

“You are good. But it is not enough just to be good. You must be good for something. You must contribute good to the world. The world must be a better place for your presence. And the good that is in you must be spread to others”

Now that you’ve been prepped, here are a few names on the Dirty Dozen List.

After a recent backlash against the company, this one may not come as a huge surprise. The company prohibits the sale of explicit pornography, but NCOSE argues that many of the products found on the site, including on Amazon Prime and the Kindle e-reader, promote child pornography and sexual commodification of women.

NCOSE has three problems with Netflix. First, the app is rated appropriate for ages 4 and up, a serious jump for an app that houses PG-13, TV-MA, R and NR films. Second, Netflix’s parental controls are easily bypassed by tech-savvy kids — in other words pretty much all kids. Lastly, a large amount of content on the app feature sex scenes.

If you don’t have search filters on when you’re using Google or YouTube, you’ve probably accidentally seen some things you didn’t really want to see. While Google claims to be fixing these problems on its sites, NCOSE claims they’re not doing enough to address serious issues regarding harmful material coming out of its sites.

Twitter has a large number of sex trafficking, prostitution, and pornography accounts. In fact, reports say that as many as 10 million Twitter accounts may include explicit sexual content. And sadly, it doesn’t seem like Twitter is doing anything to stop these accounts.

That’s right, the online library database that your 7th grader is using for his or her research project sometimes provides easy access to hardcore pornography sites and extremely graphic sexual content. I mean if not a library, where can you be safe?

Disgusted? Yep, so am I. So what are we supposed to do? I’m not exactly game to just throw away all of my screens and commit to never use the services of any of these companies ever again.

Luckily, the NCOSE has the answer. If you visit the NCOSE website, you can find ways to take action. On the page dedicated to Twitter, for example, you have the option to email twitter executives, report sexually exploitive Twitter content, post on social media or join the NCOSE newsletter to receive more tips.

To learn more about how you can help fight against sexual exploitation, visit NCOSE’s website.