Buzz Can any other College Mascot Meet the Cosmo the Cougar Dance Challenge?​ 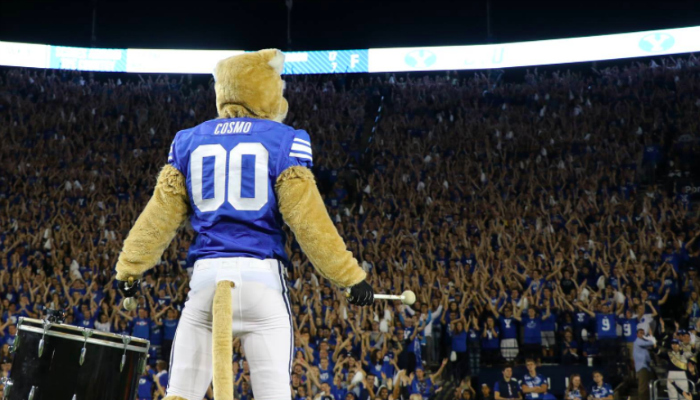 When it comes to cheering on the BYU team, is there any stunt Cosmo the Cougar can’t pull?

On October 6th of this year, BYU played against Boise State and lost, but that didn’t stop a video of BYU’s hip-hop squad from going viral. Hey, if they can’t win at football, they can win at dance. You have to check it out. Crazy energetic moves, catchy beat, cool finale. It was so popular, they posted a tutorial on it on two weeks later.

And that’s not the only cool thing Cosmo the Cougar has done. Watch this.

True story. He really did break the tile.

Well, when someone like a college mascot becomes a big deal, the competition comes quickly. Most recently it came in the form of Oregon State mascot, the Oregon Duck, during their last game with the University of Utah.

We’ll see how many other mascots try to beat him at his game. But it seems like Cosmo is going to be ahead for a while.