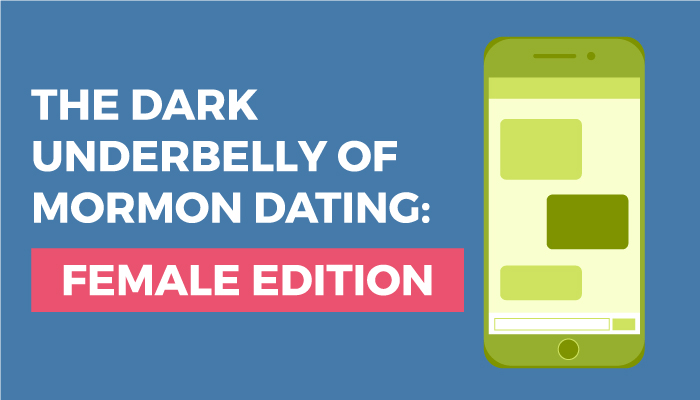 A few months ago, MormonHub published an article highlighting creepy encounters of the third-kind with LDS boys. With the help of Instagram account @provoguysamiright, we showcased everything from premature ring-sizing to blaspheming for a make-out, and everything in-between.

However, as many commenters indicated, we failed to acknowledge one incontestable reality: while men take the gold in overtly uncomfortable advances, women finish first in cold-hearted date dodging. And if they’re not declining dates with half-baked excuses and fabricated gluten-intolerances, they’re calculatedly ranking all suitable prospects with the warmth and love of a batch processing system.

An account witnessed by a commenter known only as “Jon” illustrates this type of “predatory” behavior:

Engaged (holding her ring aloft): I’m so happy [fiancée] finally asked. When I moved into my new singles ward I made a list of four guys I would marry. The first one wouldn’t even talk to me, the second started dating someone else, and then I got [fiancée] to ask me out.

Married: Oh, I did that too. [Husband] wasn’t my first choice but he has turned out okay.

Single 1: Really? You made a list? That’s a good idea!

“To listen to these women talk about men as nothing more than objects on a list, without a thought of love, forever altered how I think about women,” Jon wrote, adding that this female-to-male objectification is of the same severity as its counterpart. “It might be different, but no less ruthless or demeaning.”

Though we could all sit here arguing about whether or not this present “objectification” of men compares to the historical subjugation of women, we’d be forgetting that as human beings — but especially as Latter-day Saints — we’re to approach each other with love and kindness, regardless of race, religion, gender, or past offenses.

Keeping all this in mind we’ve created a guide to better help young women notice when they’re being a little less than nice.

Tip #1: Never use the spirit to get out of going on a date.

Tip #2: Don’t play the preppin’ for your RM card

Tip #4: Telling someone you’d rather not hang out is decidedly less painful than falling into a web of lies (Girl, we all know you didn’t “forget”.)

Tip #5: Sometimes you should lead with “I have a boyfriend…”

Tip #7: Any out of the ordinary excuse, however valid, is going to appear made-up.

Tip #8: When fabricating allergies be sure to do your research, and pick something specific like “gluten” or “peanuts”. (Tacos is not a valid choice here.)

Being female in the LDS dating world is no easy task. Too nice and you risk sending the wrong message; too direct and you end up shooting casuals (see #6). So how do you find the balance between these two extremes?

Be straightforward, be sincere, and don’t be too presumptuous. Unfortunately, this isn’t as easy as it seems, but you can start by tearing up that page of bull-crap excuses you have written in the back of your journal, and if you don’t feel like going out, apply the D.A.R.E principles we all learned in elementary school and just say no.