Entertainment Arts & Culture Cultural Appropriation Within The Church: What Is It and Does It Exist?

The topic of cultural appropriation generally becomes a heated discussion around Halloween or any time a celebrity does something that seems insensitive. Because we are a part of a worldwide church, it is important to be respectful and aware of other cultures.

So, what is cultural appropriation, and does it even exist within the Church?

The definition of cultural appropriation is, “the unacknowledged or inappropriate adoption of the customs, practices, ideas, etc. of one people or society by members of another and typically more dominant people or society.”

In simpler terms, it’s when someone tries to represent a culture without respecting it or being aware of the meaning associated with it. An example of this is Halloween costumes. Generally, if someone dresses up as a geisha they are perpetuating a common stereotype about people within that culture.

An article from Bustle said, “To be clear: if a costume is a stereotypic portrayal of an entire demographic of people, that should be a red flag for it being appropriative.”

Is This Cultural Appropriation?

Keep in mind that race and culture are two separate things. While a majority of Polynesian people have brown skin, white Tahitian dancers exist. If a white person participates in Tahitian dancing, does that constitute cultural appropriation? In my opinion, no.

If an American bride is participating in a cultural wedding ceremony with her Indian husband by wearing traditional clothing and henna, is she appropriating his culture? No, she is not, because she is respecting and educating herself about the culture.

Does It Exist Within the Church? 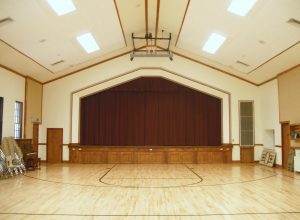 I have often seen people blame returned missionaries for cultural appropriation of the countries that they have served in. This is not the case because missionaries learn to love and respect the people and the culture. So, while they may not be native to the culture, that doesn’t mean that they are appropriating it.

When one travels to Hawaii and attends church, you will hear tourists and natives alike saying “Aloha!” at the beginning of their testimonies. If there is a ward party, someone may volunteer to share and or teach a dance belonging to their culture. Those parties are usually in a place called the cultural hall. While I have never personally seen cultural appropriation within the Church, that doesn’t mean that it doesn’t or won’t ever exist.

Have you ever seen or experienced cultural appropriation at church? Share in the comments. 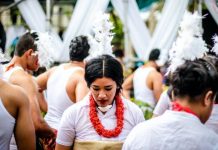 How Polynesian Dancing Can Connect You to God