Elizabeth Smart’s story is not the fairy tale story every girl dreams of. She is known by many, not because of her happy love story, but because she is a victim of sexual assault.

Smart was kidnapped in 2002, at the age of 14, from her own home in Salt Lake City and that is when she made headlines. She was held captive for nine months and was repeatedly raped before being found and putting her captors in prison.

Rather than remaining silent, Smart has created her own foundation to stop victimization and to bring hope to innocent victims. Not only has she become an influential advocate, she has joined Crime Watch Daily as a special correspondent and reported on her alma mater’s rape response.

To bring light into a silenced topic, Smart interviewed two Brigham Young University graduates, Hailey Allen and Colleen Dietz, who were victims of rape while attending the university. Hoping to receive support from the school, they were instead investigated for violating the school’s honor code.

“I’m very passionate about victims who are scared to come forward for any reason, but this reason is one that shouldn’t even be a reason, something in place to protect students called the Honor Code,” Smart said in the segment.

In April 2016, after BYU student, Madi Barney, accused the university of putting her enrollment on hold after she reported being raped, BYU began its investigation on the relationship between the Honor Code Office and the Title IV Office.

The school has since taken action in creating an Advisory Council on Campus Response to Sexual Assault for students to feel safe in reporting sexual assault. They have also asked for feedback on how to better handle these sensitive and private situations.

“At the conclusion of this study I believe we will have a system that people — particularly the victims of sexual assault — feel they can trust, and that creates an environment where we can effectively work to eliminate sexual assaults on campus,” BYU President Kevin J. Worthen stated. “I have every confidence that this group will bring forward positive recommendations that will ultimately make BYU a better place.”

Survivors of sexual assault, like Hailey and Colleen, hope to bring support to those who may feel ashamed and silenced by voicing their own stories.

Knowing the emotional toll of being a survivor of rape, Smart said BYU’s honor code is designed to protect students and should be utilized so it can’t silence rape victims.

“I want (victims) to know that these things happen and they don’t deserve it,” Smart said. “It certainly was not their fault. They should not feel responsible or guilty. This was another person’s choice. It doesn’t need to be the end of their life. They don’t need to feel like this is going to define them for the rest of their life. They can still do everything they want to do.” 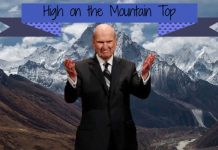