Buzz 7 Things to Know about ‘Freetown’ 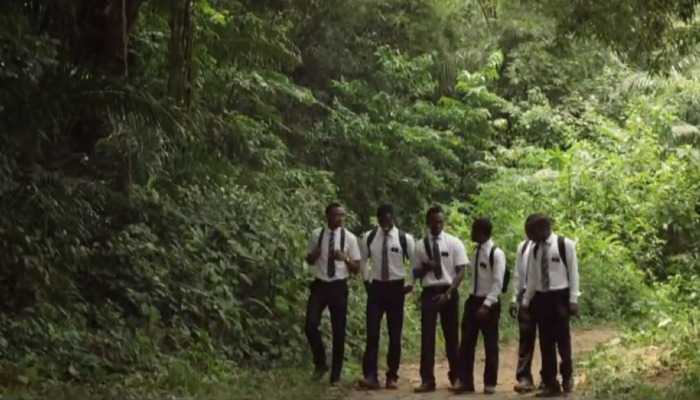 1. Three principle cast members are members of The Church

Three of the six missionaries in the cast are LDS and one member was placed in each of the three companionships. Two are returned missionaries and the other is preparing to serve a mission. The casting was done in West Africa and over 125 actors came to the audition.

2. The underlying theme of Freetown” is to follow faith over fear

The director of “Freetown,” Garrett Batty, says that his purpose in making films like “Saratov Approach” and “Freetown” is to shed light on faith.

“Faith is tough, it’s exhausting, and yet it’s what we endure to keep moving forward and place our trust in God,” Batty said. “[God] is always watching over us. If I can make a film about [faith] that people want to go to the theater to see, I think it’s a worthy effort.”

3. Movie addresses Blacks and the Priesthood

There is one scene in the movie that addresses blacks receiving the Priesthood. One of the missionaries shares with a member how he became one of the first Priesthood holders in West Africa and how he overcame the initial “cognitive dissonance.”

4. The missionaries ended up staying in Freetown for over 7 years

After the missionaries completed their full-time missions, they remained in Freetown until the war in Liberia was over, almost 7 years later. Most of the missionaries lived in refugee camps during that time.

5. “Freetown” was chosen as an official selection for the 2015 Pan African Film Festival

The Pan African Film Festival is the largest and most prestigious international black film festival. The festival’s goal is to feature a broad spectrum of creative works featuring black filmmakers and casts which reinforce positive messages that lead to better understanding of diverse cultures, races, religions and lifestyles.

6. The film was shot on location in Africa

Batty’s previous film, “Saratov Approach,” was shot in Draper, Utah and Ukraine. Afterwards, Batty committed to not filming a movie on two continents. All of “Freetown” was shot in Africa, mostly in Ghana.

The film will be shown on the opening night of the LDS Film Festival on March 4, 2015. Events are open to the public. Festival passes, day passes and tickets for individual screenings can be purchased directly at the Scera Center for the Arts in Orem, Utah, on their website or by phone at 801-225-ARTS.