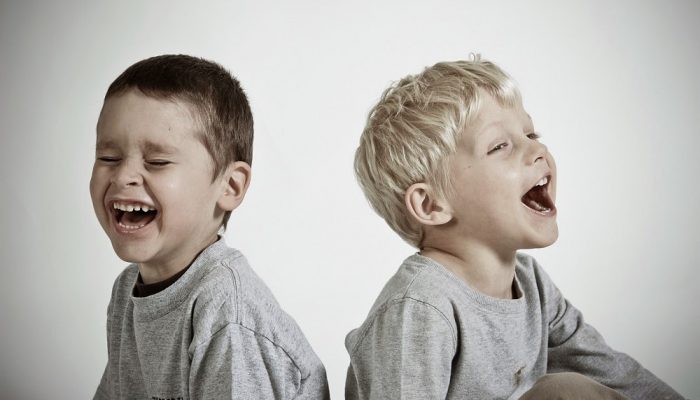 Sometimes it’s the bishop, a new deacon, a mom, or a child with no volume control. Either way, everyone has or knows a funny story about something that happened in sacrament meeting. We asked members to tell us  some funny stories that have happened during sacrament meeting and these are the funny moments people shared with us.

1. The Refreshing Taste of Repentance

In 1999 I reactivated into a small branch with a small chapel that doubled as a carpeted multipurpose room. There was a visiting family that would be speaking in sacrament meeting that had traveled an hour and a half to get to our meeting house.

During the passing of the water, the four-year-old in the family very solemnly took the cup of water and drank it. Then he put the cup back and let out a very loud very satisfied AAAHHHHH! and wiped his mouth with the back of his hand. The entire congregation of 60 or more people burst out laughing, including the branch presidency.

I had just been called as bishop and had four children ages ten, eight, six, and four.

One Sunday during the sacrament the six-year-old, our only boy, was playing with a stick pin he wore on his little suit coat each Sunday. While playing with it, he decided it would be a good idea to poke his four year old sister. So, he jabbed it into the leg of the four-year-old right as the water tray was being passed over her. Water Tray, cups and all, went flying into the air.

The deacon passing the sacrament to my family looked up at me and covered his mouth to try and hide his laughter. My wife, with the four-year-old under one arm, was also staring up at me mortified. Her other arm was frantically trying to grab a hold of the six-year-old. An ear, a finger, a foot, hair, anything.

When she finally got a hold of him, I watched them head for the door. Then I noticed half of the congregation looking up at me smiling.

It was my first Sunday back after being away for 34 years. I was sitting next to Marco, who is now my husband, during the passing of the sacrament. The passing of the bread occurred without incidence. Then came the water.

I took the cup, drank it, and then put it right back where I got it from without even a second thought. Then Marco whispered in my ear what I had done. I quickly turned to correct my mistake but the woman next to me had already taken the cup. I couldn’t tell if she realized at first there was no water in there, but she tipped it back anyways and then passed the tray on.

4. Overcome by the Spirit

The details behind what happened exactly are unclear now but I know I was five and half years old, it was a fast Sunday, and my older brother was passing the sacrament. He had just finished his route and was headed back to line up with the other deacons at the back of the chapel.

When he got there, he all of the sudden dropped to the floor. I don’t know if he was overcome by the spirit or just passed out because he was hungry and it was fast Sunday. Either way, he was down for the count.

I was sitting with my five year old daughter on the last row on the left of the chapel waiting to receive the bread. When it got to us, my five-year-old ate her piece of bread and then loudly asked, “They’re bringing water right?! Because I am really thirsty!”

I noticed the first councilor all the way up at the stand visibly trying not to laugh.

6. An Anatomy Lesson During the Sacrament

After taking the water, my son (then 5 years old) decided it was time to educate me on exactly what happens to the water once it passes his lips.

Since I’ve always tried to teach him accurate names for the parts of his body, he was very thorough and loud enough for plenty of people to hear.  “Mom!  I drink the water and it goes down my throat,” tracing the path with his finger, “Into my stomach, down here, and out my ______!”

I was torn between embarrassment and pride, but I had to confirm that he was indeed correct, before reminding him to keep his voice down.

7. The Sunday God Blessed Our Sacrament

My brother has had a “radio” voice ever since he was about 16.

One Sunday before he started to bless the sacrament, I noticed the kid sitting on the pew in front of me fold his arms and start to bow his head, but as my brother’s voice echoed from above, his eyes flew open and he stared at the ceiling in awe.

When the prayer was finished, he asked in a loud voice, “Mom, was that GOD?!”

8. The Day the Sacrament Stood Still

When I was a brand new deacon, I was given the “easiest” route – the overflow. Unfortunately, when we all lined up in the back after completing our routes, I was in the front of the line.

The First time this happened I realized I had no idea what to do next. I knew that at some point in time we walked back up to the front to give the trays back to the priest, but for the life of me I couldn’t figure out how we knew when to do this. So I just watched Kyle Barry, the deacon’s quorum president, out of the corner of my eye. He stood in front of the line on the other side of the chapel. When he started walking , I started walking.

This went on, week after week, for about six months. Each week, I was assigned the same spot, and each week I just did whatever Kyle Barry did. Then, to my horror, Kyle’s family moved to Arizona. I remember being terrified the first week he wasn’t there. How was I supposed to know when to head to the front?

It came time to line up and I was sure we would be stuck there forever. I wasn’t about to make the mistake of ruining the sacrament by moving when I wasn’t supposed to. Then, at that moment, I saw (for the first time in six months) the priests at the front of the room stand up, and the other row of deacons start heading to the front. I was so struck by the obviousness of the whole thing that I almost laughed out loud.

9. I Will Go and Do what Scott Johnson Does

It was my first Sunday as deacon and I was proud to be passing the sacrament but worried I would mess it up and disappoint God, my family, and the prophet.

When I got out there the other ward had just finished and I wasn’t sure what to do, so I started passing the sacrament to everyone I could see in the foyer and up and down the hall. After a couple of minutes, one of the other deacons came out the doors and rushed up to me in the hall. He told me to get back in the chapel. I shouldn’t have been out there.

I’d failed them all. But don’t worry, it didn’t stop me from passing again the next week.

Tell us what funny stories have happened to you or that you have seen happen in sacrament meeting? 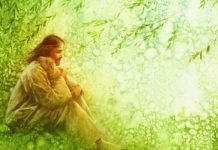 Of Saints, Sabbaths, and Super Bowls