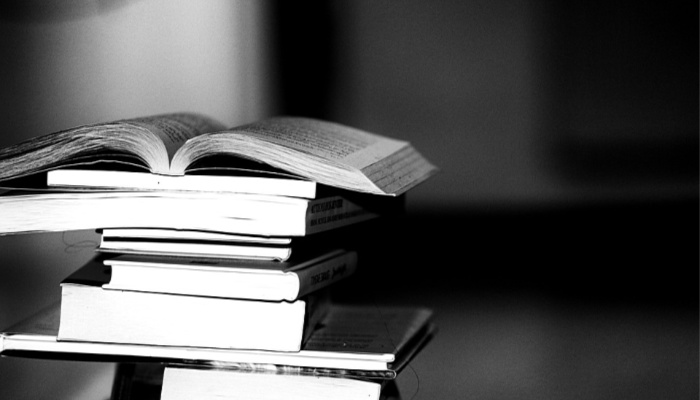 Though these authors used the word “Mormon” to describe the Church and its members, please understand that the word “Mormon” is an incorrect nickname, as stated by President Russel M. Nelson in this last General Conference.

In 1872, Twain published Roughing It, a semi-autobiographical novel about Twain’s travels through the Wild West in the 1860’s. Twain spent two days in Salt Lake City, and he was fascinated by the Latter-day Saints. He wrote several chapters about them, about Brigham Young, and about the Book of Mormon.

Mark Twain’s writings didn’t reflect the Church well. He wrote the following of the Book of Mormon:

All men have heard of the Mormon Bible, but few except the “elect” have seen it, or, at least, taken the trouble to read it. I brought away a copy from Salt Lake. The book is a curiosity to me, it is such a pretentious affair, and yet so “slow,” so sleepy; such an insipid mess of inspiration.

Twain also wrote of Brigham Young being the Mormon king and, like most authors at the time, he was fascinated with the practice of polygamy. Click here to read more Mark Twain Quotes about the Church.

Jules Verne, a French author, has written many beloved novels, including A Journey to the Centre of the Earth and Twenty Thousand Leagues Under the Sea. Verne’s novels are all about exploration, adventure, and a world full of technological potential.

Around the World in Eighty Days is one of Verne’s most well-known novels. It is an exciting novel about a wealthy Englishman named Phileas Fogg. Fogg makes a bet with his peers, believing he can travel around the world in eighty days. Along the way, Fogg, along with his servant Passepartout, sees many different cultures like those from France, India, China, and of course Utah.

Three chapters in the novel mention “Mormons,” including one exclusively devoted to a biased retelling of Church History titled, “In which Passepartout undergoes, at a speed of twenty miles an hour, a course of Mormon history.”

It is clear that Verne did not think highly of the Church from the way he depicts it and its members in these chapters. The chapters are full of inaccuracies and prejudices. In chapter 27 he calls them “independent fanatics” and writes that polygamy is the Church’s foundation. In the chapter, a missionary from the Church boards the train to “deliver a lecture on Mormonism.” Passepartout, Fogg’s servant, decides to listen to what the missionary has to say. about 30% of the train’s passengers curiously attend the lecture, but one by one they all lose interest.

Later, another man assumed to belong to the Church boards the train hurriedly, evidently escaping a domestic dispute. When asked how many wives he had, the man replies, “one, and that was enough!”

Leo Tolstoy, the influential Russian Author, is perhaps best known for his works Anna Karenina and War and Peace.

Tolstoy was another who was fascinated by what he termed the “American Religion.” In 1888, Susa Young Gates, one of Brigham Young’s daughters began writing letters to Tolstoy about the Church. She even presented Tolstoy with a Book of Mormon, of which Tolstoy wrote in his journal: “I read both the Mormon Bible and the life of Smith and I was horrified. Yes, religion, religion proper, is the product of deception, lies for a good purpose.”

So, Tolstoy was apparently convinced that the Church—and all organized religion for that matter—was deceptive. But later, Thomas J. Yates, who was a member of the Church, claims that Tolstoy said the following in an interview:

The Mormon people teach the American religion; their principles teach the people not only of Heaven and its attendant glories, but how to live so that their social and economic relations with each other are placed on a sound basis. If the people follow the teachings of this Church, nothing can stop their progress — it will be limitless. There have been great movements started in the past but they have died or been modified before they reached maturity. If Mormonism is able to endure, unmodified, until it reaches the third and fourth generation, it is destined to become the greatest power the world has ever known.

Although the validity of Yate’s claims is difficult to prove, they do, if true, complicate the way Tolstoy viewed the Church.

Arthur Conan Doyle, a British writer, is the author of the extremely popular and widely-read Sherlock Holmes series.

What you may not have known, though, was that Doyle’s first novel featuring the iconic detective, titled A Study in Scarlet, was set in Utah amongst the Latter-day Saints. The novel, however, did not depict the Church and its members in a positive light.

The Saints in Doyle’s novel are oppressive and controlling, manipulating characters to join their faith and forcing the marriage of their youth. Brigham Young is also depicted as a coercive tyrant. You can imagine that many early Latter-day Saints did not take too kindly to these portrayals.

Oscar Wilde is not only known for works like The Picture of Dorian Gray and The Importance of Being Ernest, but for his clever wit and flamboyant persona.

On April 10, 1882, Wilde arrived in Salt Lake City where the Latter-day Saints anxiously awaited him to lecture on Aesthetics. But Wilde’s lecture didn’t go as planned: The Utahns weren’t impressed, and their newspapers were quick to show it.

I have lectured to the Mormons. The Opera House at Salt Lake is an enormous affair about the size of Covent Garden, and holds with ease fourteen families. They sit like this

and are very, very ugly. The President, a nice old man, sat with five wives in the stage box.

Charles Dickens is probably the best-known and most widely-read Victorian writer. He is known for many works, including Oliver Twist, A Tale of Two Cities, and the beloved Christmas Classic A Christmas Carol.

At first, it appears Dickens had ill-feelings towards the Church. In 1842 he wrote in American Notes “it would be well if we could shut up a few false prophets of these latter times […] and I should like to try the experiment on a Mormonist or two to begin with.”

I went on board their ship to bear testimony against them if they deserved it, as I fully believed they would; to my great astonishment, they did not deserve it; and my predispositions and tendencies must not affect me as an honest witness, I went over the Amazon’s side, feeling it impossible to deny that, so far, some remarkable influence had produced a remarkable result, which better known influences have often missed.

Willa Cather was a 20th Century American writer. She wrote several novels, including O Pioneers! and One of Ours, and short stories such as “Paul’s Case” and “A Wagner Matinée.”

My Ántonia, Cather’s best-known work, is a beloved classic written in the nostalgic perspective of an American, Jim Burton, about a Bohemian girl (Ántonia) who immigrates to Nebraska at a young age. Things don’t all go Ántonia’s way: she battles destitution and the harsh Nebraskan landscape, her father commits suicide, and she bears an illegitimate child. But by the end of the novel, Jim Burton speaks highly of Ántonia’s fruitfulness and success.

It only happens in a paragraph, but at the beginning of Book 1, chapter 4, you can find a small but powerful tribute to Mormon Pioneers.

Fuchs told me that the sunflowers were introduced into that country by the Mormons; that at the time of the persecution when they left Missouri and struck out into the wilderness to find a place where they could worship God in their own way, the members of the first exploring party, crossing the plains to Utah, scattered sunflower seeds as they went. The next summer, when the long trains of wagons came through with all the women and children, they had a sunflower trail to follow. I believe that botanists do not confirm Jake’s story but, insist that the sunflower was native to those plains. Nevertheless, that legend has stuck in my mind, and sunflower-bordered roads always seem to me the roads to freedom.

Are there any other famous authors who wrote about The Church of Jesus Christ of Latter-day Saints who should have made the list? Do they depict the Church negatively or positively? And how can Latter-day Saints correct misrepresentations and negative portrayals of the Church? Let me know in the comments!