Entertainment Arts & Culture A Really Cool Interview with the Writer of the Jane and Emma... 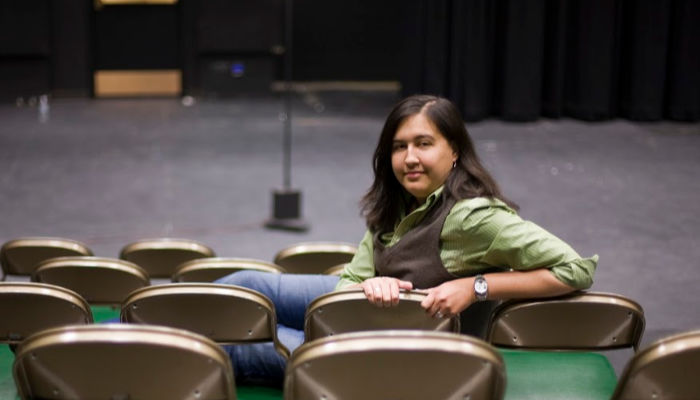 Jane and Emma (now on DVD and digital) is the best Latter-day Saint film in years, and one of the very best in the 20 years since God’s Army launched the movement. With directness, compassion, and unflinching honesty, it addresses race relations in the early Church while delivering a message of faith in the Restored Gospel. It’s an impressive balance, achieved in the poignant, beautiful screenplay by Melissa Leilani Larson. She was kind enough to answer my questions about the film, our history, our doctrine, and the powerful examples of Jane Manning James and Emma Smith.

JONATHAN DECKER: Why make this film now? Why is it relevant?

MELISSA LEILANI LARSON: The film encapsulates a lot of firsts in Latter-day Saint cinema. A Black female protagonist for starts. Jane Manning James is a hero in every sense. Her story should not be new, but to many it is. Jane should be a household name—someone we mention and revere on a regular basis. Her friendship with Emma is just one facet of her story, but I hope that people will use our film as a starting place for getting to know Jane better.

Race should not be a hot-button topic, either in Latter-day Saint or American culture. But we have got it wrong so many times. As a culture, as brothers and sisters, we need to be willing to take a step back and take a critical look at ourselves and our actions and examine how we treat one another. Racism can be a subtle monster, and people give in to it in tiny ways all the time; those tiny acts add up and destroy lives and testimonies.

It shouldn’t be easy to claim “I’m not racist” and then turn a blind eye to the pain racism is constantly causing, but people do it with alarming regularity. I hope that the friendship demonstrated by Jane and Emma in the film will help people remember that love is a central tenet of the gospel. Our differences make us unique at the same time that the gospel helps us see each other more clearly and love a little better.

This film should have been made a long time ago. As a Church, as a people, we have a lot of catching up to do.

What inspires you about Jane Manning? What did delving into her life do for you?

Jane is the epitome of faith. She stayed in a Church that didn’t seem to want her. She stayed even when her requests to enter the temple and be sealed were denied again and again. Ultimately, those blessings wouldn’t come until a lifetime after her death, but she persisted in believing they would come and asking for them. She could see the truth even when those around her tried to obscure it. There are days when I think—Being a member of this Church is hard. Is my faith enough? Why do I stay? I look at Jane, at what she endured, and that she stayed. That’s an incredible example for her to leave behind.

What about Emma? Do you think we’re getting closer to knowing and understanding her now? Have you seen a shift?

Emma is such an enigmatic and fascinating character in our history. We have a tendency, though, to simply see her as one of two things: an extension of Joseph, or a villain who stayed behind when the Saints trekked west. She is so much more than either of those things. Emma endured hardship after hardship. One of the themes we touch on in the film is how much she loved her husband and how hard it must have been to share him with the Saints, the Church and, ultimately, with God. Whether or not you agree with Emma or her choices, she deserves much more than a cursory glance.

What was the greatest challenge for you in making this film?

Writing for a Latter-day Saint audience is incredibly difficult. Everyone has a picture in mind of how a story should look, sound, and feel. Going into a project like this one, I do the best I can with the tools at my disposal and hope that people will get what they need out of the story I’m telling.

It’s really easy to click into being prescriptive when you’re making a film for a Christ-centered audience, but it’s imperative to me as an artist and avoid the pitfalls of prescription. I strive to tell the story the best way I can so that individuals experiencing the film can find the messages they are meant to find. Art is a conduit for the Spirit, but we can’t force it; we need to allow for agency and inspiration to work on the individual level.

The greatest blessing or reward?

I’m proud of the quality of the film. It’s beautiful in so many ways, and now it’s out in the world. People can own a piece of art which I helped make, that feels great, and that feeling never gets old. But the best thing would be for Jane to go from being a footnote to a major figure in our history.

This film had more women on set and behind the scenes than most. In what ways was that different?

Like Jane’s place in our history, women making movies shouldn’t be new or exciting. The women who made this film happen are smart, intent, and talented; so are the men. We had a great creative team and crew that just happened to involve more women than is typical.

Does it give you hope for the industry’s future?

Women and men have to be more willing to give each other chances and to trust each other to do our best. I want more film sets to look like ours because it shouldn’t be new. It should be typical. Women have a lot to offer. We have a lot of skills to bring to the table. I’ve worked very hard for years, and I’m good at my job. Excellence in filmmaking is not defined by gender, and we need to stop pretending that it is. 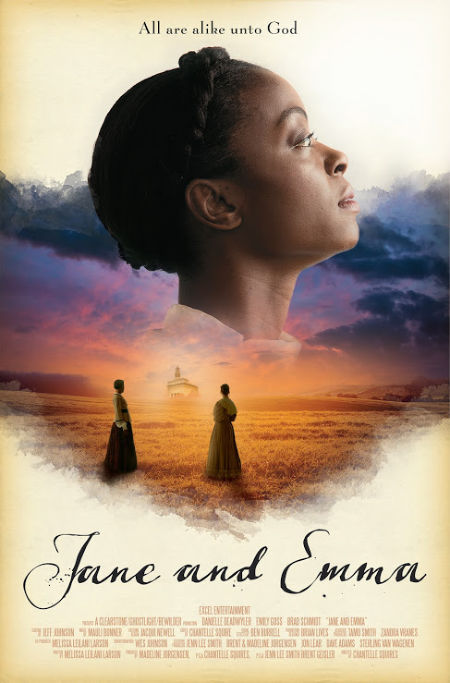 What has the response been from audiences?

I feel like the response has been positive. I think a lot of people know that this story is a long time coming. It’s gratifying to hear people comment on the quality of the film and the storytelling and the acting, because we worked really hard to raise the bar in every aspect of production despite limitations of time and budget. I do wish more people had seen the film in theaters, but that’s always the case. I’m excited for people to be able to watch the film in their homes and with their families.

The DVD and Bluray are out. What should we look forward to as far as special features? Why should people buy a copy?

People should buy the Blu-ray of this film because their support makes it possible for films like this one to be made in the future. Besides, owning a copy of this film means that you can familiarize yourself with these incredible women and revisit their story whenever you want. How great is that?

Jonathan Decker is a family therapist and clinical director of Your Family Expert. He is an actor, author, comedian, and television personality known for his book 250 Great Movies for Latter-day Families, co-hosting The KJZZ Movie Show, and starring in CTU: Provo and BYU’s Divine Comedy.