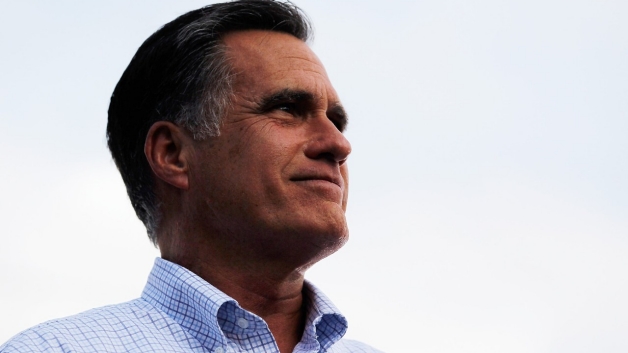 According to Kirkus Reviews:

Chua and Rubenfeld argue that each of these groups is endowed with a “triple package” of values that together make for a potent engine driving members to high rates of success….[and] that the U.S. was originally a triple-package nation. However, while Americans still view their country as exceptional, in the last 30 years, the other two parts of the package have gone out the window, replaced by a popular culture that values egalitarianism, self-esteem and instant gratification, creating a vacuum for more motivated groups to fill. 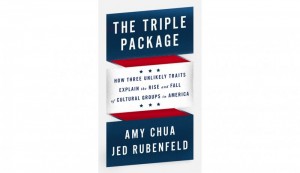 I’ve been immersed in the Mormon culture (as a member of The Church of Jesus Christ of Latter-day Saints, often inadvertently called Mormons) my whole life.

The press release of The Triple Package caused me curious reflection, and since the book isn’t released until February 4th, my questions on its premise, relevant studies, emphasis, and even its definition of success remain unanswered.

At first I chuckled at the inclusion of Mormons with seven other “race specific” cultural classifications.  As a Mormon, I hope that every person of every race/ethnicity/cultural persuasion will choose to join The Church of Jesus Christ.  As a global community, race definitely does not define us. Instead, a fervent faith in Jesus Christ as the Divine Son of God, His ministry, and the continuation of that ministry with prophets and priesthood coalesces such a diverse group of people.

So if people from the non-successful cultural groups are amalgamated into Mormonism, what is it about our faith that really makes the difference? 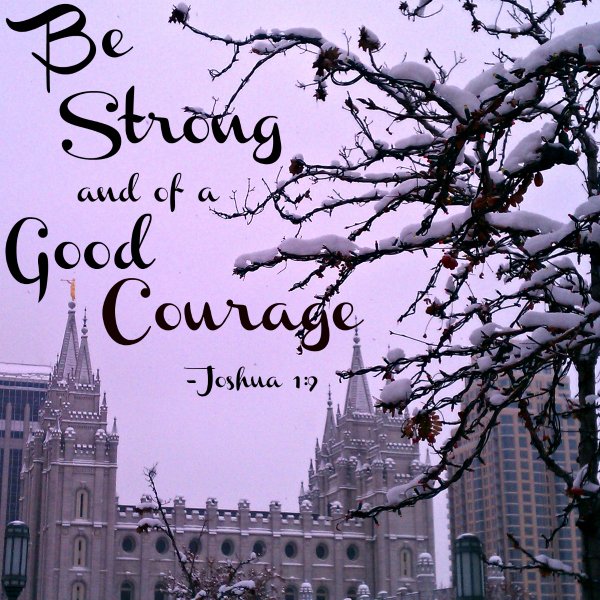 From my perspective, since we believe that everyone is invited to join with us, Mormons generally feel on equal standing with everyone else.  The church operations are based on a lay clergy, meaning there are no paid offices in the Church. A janitor can be the Bishop of a congregation as easily as a doctor. Everyone is invited to serve in the Church in some capacity.

Maybe these expansive leadership opportunities breed a confidence not found in other cultural collectives.  Children begin public speaking at three years old in Primary (the Church’s organization for children). Teenage boys are paired with adult men to visit families on a monthly basis. The monthly visits ensure that each family’s well-being is accounted for, but, also teaches the young men to “get outside” themselves, learning empathy, responsibility and service to others. There are many other ways for youth to serve in the Church.  By the time I left for college, I felt confident that even if I didn’t know exactly how to do something, I could learn it quickly and proficiently.  I learned that confidence more from responsibilities related to church service than from high school related experiences.

So, do Mormons feel superior to others?

The word “superior” makes me cringe.

I think more Mormons would identify with the word “peculiar.” The Lord uses the words peculiar and chosen in the scriptures to identify people who make and keep covenants with Him.

Who gave himself for us, that he might redeem us from all iniquity, and purify unto himself a peculiar people, zealous of good works (Titus 2:14).

But ye are a chosen generation, a royal priesthood, an holy nation, a peculiar people; that ye should shew forth the praises of him who hath called you out of darkness into his marvelous light (1 Peter 2:9).

As a Mormon, I feel that because I make and keep sacred covenants or promises with God—covenants like baptism, serving others, fidelity in marriage, honesty in dealings with others, etc.—that I have and maintain a relationship with Him.  I believe God is the Father of all people. I believe He is my Father–the Father of my spirit before I was born in this life with a mortal body–and because He is my Father, I feel special. I feel a divine purpose and mission, I feel loved by Him, and I want to accomplish great things in my life because of Him. 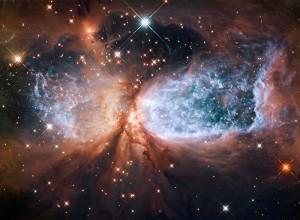 2. “Americans are taught that self-esteem—feeling good about yourself—is the key to a successful life. But in all of America’s most successful groups, people tend to feel insecure, inadequate, that they have to prove themselves.”

Insecurity in the face of a superiority complex seems a tad paradoxical for The Triple Package to assert.  Here’s my take on how I can view the divinity in myself and at the same time see my inadequacies.

I believe in God and believe that He created all things—on the earth and throughout the universe. Since I study about Him daily in my scripture study, I feel keenly aware of my puny ability. One of my favorite scriptural stories is of Moses’ vision of God’s power, might, and creations. After the presence of God withdrew from him, Moses was “left unto to himself,” and fell on the ground.  This man, raised in the courts of Pharaoh then realized, “Now, for this cause I know that man is nothing, which thing I never had supposed” (Moses 1:10).

I come to the Savior often in sorrow because of dumb mistakes made or sins committed. Because of Him and His commandments, and my failings, I see my absolute need for the Savior’s amazing grace in my life.  I feel inferior to God, but do not despair in that inferiority. As a loving Father, God mercifully, patiently, daily, teaches me to overcome my weaknesses, to overthrow my pride, to see more clearly.  Because I recognize my need for a Savior, I appreciate those teaching moments.

Such then is the need of a Redeemer, for without Him mankind would forever remain in a fallen state, and as to hope of eternal progression would be inevitably lost. The mortal probation is provided as an opportunity of advancement; but so great are the difficulties and the dangers, so strong is the influence of evil in the world, and so weak is man in resistance thereto that without the aid of a power above that of humanity, no soul would find its way back to God from whom it came. The need of a Redeemer lies in the inability of man to raise himself from the temporal to the spiritual plane, from the lower kingdom to the higher” James E. Talmage.

Church leader, Dieter F. Uchtdorf explained, “This is a paradox of man: compared to God, man is nothing; yet we are everything to God.”

I try every day to be a better person—not in the eyes of those around me, but for myself and for God. So, my mortal insecurity, all-consuming in the face of Divine Perfection, propels me to action.

3.  “America today spreads a message of immediate gratification, living for the moment. But all of America’s most successful groups cultivate heightened discipline and impulse control.”

Mormonism is easily identified with this attribute of The Triple Package.

“We believe in being honest, true, chaste, benevolent, virtuous, and in doing good to all men; indeed, we may say that we follow the admonition of Paul—We believe all things, we hope all things, we have endured many things, and hope to be able to endure all things. If there is anything virtuous, lovely, or of good report or praiseworthy, we seek after these things” (Article of Faith 1:13).

Probably the most common question I’m asked about my faith involves the Word of Wisdom-or the dietary code-of The Church of Jesus Christ of Latter-day Saints. I believe it is a commandment from God. I abstain from all coffee, tea, alcohol, tobacco, and harmful drugs. Other aspects of the Word of Wisdom include getting appropriate amounts of rest, eating healthy foods, and physically maintaining my body.

Discipline in family finances are often discussed from Mormon pulpits—especially two aspects: paying tithes and offerings and avoiding personal debt. I believe the Lord commanded us to give 1/10th of our income annually to the Church.  Additionally, at the first of every month, we fast (abstain from eating) for two meals and give the estimated cost of those two meals to the Church for the poor and needy. Furthermore, if we choose, we can donate to humanitarian relief and other worldwide efforts aided by the Church. 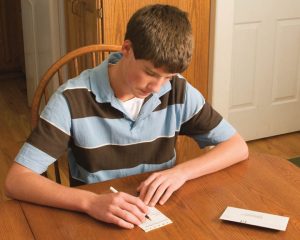 “Live within your means. Get out of debt. Keep out of debt. Lay by for a rainy day which has always come and will come again. Practice and increase your habits of thrift, industry, economy, and frugality” (in Conference Report, Oct. 1937, p. 107). We should have displayed in a prominent place President Clark’s description of interest:

“Interest never sleeps nor sickens nor dies. … Once in debt, interest is your companion every minute of the day and night; you cannot shun it or slip away from it; you cannot dismiss it; it yields neither to entreaties, demands, or orders; and whenever you get in its way or cross its course or fail to meet its demands, it crushes you” in Conference Report, Apr. 1938, p. 103).

I try to avoid media or situations that could compromise my spiritual well being. I avoid pornography and violence. I avoid profanity. I pray and study the scriptures daily. I practice chastity (before and after marriage).

I have walked out of and turned off movies, thrown away books and tossed CDs. Virtue matters to me.

I’m really interested to find out how The Triple Package characterizes each attribute.

I believe that every person has an innate ability to succeed because of God’s divine nature within each soul.

When the prophet Moses’ ministry ended, he anointed Joshua as the prophet in his stead. Apparently worried about filling Moses’ shoes, Joshua turned to the Lord for reassurance. The Lord’s counsel to Joshua is, to me, the true formula of success.

Only be thou strong and very courageous, that thou mayest observe to do according to all the law, which Moses my servant commanded thee: turn not from it to the right hand or to the left, that thou mayest prosper whithersoever thou goest. [Know the scriptures/commandments/covenants of God and then keep them].

This book of the law shall not depart out of thy mouth; but thou shalt meditate therein day and night, that thou mayest observe to do according to all that is written therein: for then thou shalt make thy way prosperous, and then thou shalt have good success.

Have not I commanded thee? Be strong and of a good courage; be not afraid, neither be thou dismayed for the Lord thy God is with thee whithersoever thou goest (Joshua 1:7-9).

God is the most abundant and successful person in the universe!  He’s invited each of us to learn His ways and  become like Him.

I invite you to learn more about the nature of God and how you can become more like Him!