Comedian talk-show host Chelsea Handler is notorious for her dirty mouth and no-topic-is-sacred approach to interviewing. The new talk-show-style Netflix series, Chelsea, has given Handler a medium to spread her token vulgarity with little to no constraint. Thus, it came as no surprise when one of her most recent episodes aired with an emphasis on pornography. What did surprise were the anti-pornography views expressed by her guests.

In the past, anti-porn movements have been populated by moral conservatives; maybe the odd feminist here or there.  But Gabe Deem and Noah Church are young, fit, handsome, liberal, and both agree that pornography should be treated with the same level of caution as cocaine or heroin.

The young men expressed their views to Handler, stressing that they do not view pornography as a moral issue, but as a serious health concern. Both Church and Deem experienced physical consequences, including sexual dysfunction, due to overuse of pornography.

Talking about why he became addicted to pornography, Church commented, “I was getting an unnaturally high spike of dopamine and other neurochemicals, and it was a high; it was like a drug. But it was a behavior and without realizing it, I became addicted to that.”

More than a Moral Issue

Deems and Church grew up in a world where pornography was normalized and readily available. They’re not unabashed anti-sex conservatives; they’re sex-positive liberals speaking out against pornography – and they’re not the only ones.

Gail Dines, professor of sociology at Wheelock College in Boston, wrote an article for the Washington Post in defense of Utah’s decision to declare pornography a “public health crisis.” Dines wrote,

“Such claims cannot wish away the fact that the pornography industry has in the past three decades produced images that are steadily more cruel and degrading to women, and more overtly racist. Nor can it magically eliminate the concerns not only of many women but also of an increasing number of men who feel trapped by their habitual use of pornography.”

“I always wanted to tell a story about love, and what gets in the way of it. I am fascinated with the way the media impacts our private lives and our culture, and it seems to be that different aspects of the media have given us a checklist of expectations like never before,” Levitt commented in an interview with BBC.

Dwyane Wade & Other Celebrities With Ties to the Church 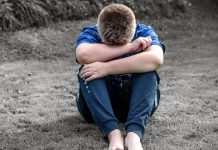