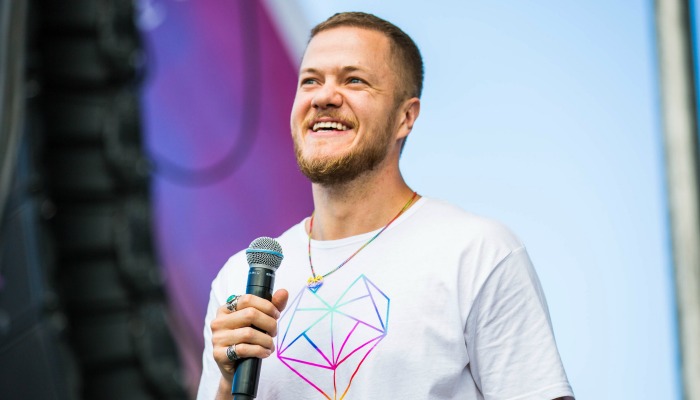 I don’t feel a need to denounce Mormonism. I do feel a need, as a Mormon, to speak out against things that, I think, are hurting people. — Dan Reynolds

Two weeks ago, Grammy winner Dan Reynolds of Imagine Dragons fame, released an HBO Documentary called Believer. It is the story of a Mormon rock star wrestling with the flaws in his own community, struggling to know how to use his voice for good, and embarking on an impassioned campaign for LGBTQ+ acceptance within the Mormon community through the LoveLoud festival.

For those who don’t know, Dan Reynolds is a Mormon — a member of The Church of Jesus Christ of Latter-Day Saints, or Mormons for short. His band, Imagine Dragons, got its start right in the heart of Provo, Utah, just as other big named bands like the Neon Trees have. And not that an inactive member would be disqualified from having a voice, but just to satisfy curiosity, Reynolds is still active. This documentary is proof that he cares very much about being a Mormon and remaining active in the community.

And before I really get into my review, I need to clarify what I think Reynolds is trying to do with Believer. This documentary is first and foremost about people and our responsibility to love them. My impression is that Reynolds is not trying to change Church policy on LGBTQ+ issues — he’s trying to change our cultural response to those issues. Explicitly, he states in the beginning, “I don’t feel a need to denounce Mormonism. I do feel the need, as a Mormon, to speak out against things that, I think, are hurting people.”

And boy is our culture hurting people. It is no mystery that suicide is the leading cause of death for teenagers in Utah. I will be writing a forthcoming article on the problem of youth suicide in Utah and its complex relationship with Mormonism and LGBTQ+ issues. But suffice to say that Believer is Reynolds’ compassionate attempt to begin to heal a part of our Mormon community that is deeply wounded — our LGBTQ+ youth.

While certainly having its strengths and weakness, which I’ll get to further down, I think Believer is an absolute success. I want my friends to watch it. I want my family to watch it. I want every person in America, Mormon or not, to watch it. We need to start paying attention to those around us whose suffering we are blind to because we feel their lifestyle is wrong. In this Believer is clear — our responsibility to love those on the margins of society supersedes our desire to explain to them that we disagree with how they live their lives. To me, this was the core message of Believer.

But to take a 100 ft view for a second, Believer gives in intimate look into the life of a rock star who cares deeply about both Mormonism and LGBTQ+ issues. In fact, the first 20+ minutes of the film is an exploration of these two aspects of Reynold’s life. It is evident that he loves the Church and wants to remain an active member of the community. Believer is Reynolds trying to wrestle with a deeply complex issue he cares very much about.

There is a scene where Reynolds reads some of the emails fans send to him. He becomes very emotional as he reads aloud the accounts of teenagers who borderline hate themselves because they’re gay and Mormon. There are a few still moments where Reynolds processes these words. I, myself, shed my own tears. In these still moments, it becomes tremendously clear that Reynolds is moved to act by his compassion. Everything else we see in the documentary is a result of these quiet compassionate moments.

The bulk of Believer is about telling the stories of parents who have lost their LGBTQ+ children to suicide, getting the LoveLoud fest off the ground, and generally humanizing a topic we usually only discuss through statistics. This was one of the most important things Believer accomplishes — it puts stories and faces to a topic that is laden with pre-set responses and unhelpful platitudes.

The LoveLoud festival is an important part of the narrative. Reynolds’ whole idea with the festival was to show LGBTQ+ youth in the Mormon community that, even now, they have tens of thousands of allies. Not to spoil the ending, but LoveLoud 2017 ended up being a huge success. The Church even came out with a statement of support in the days leading up to the event. 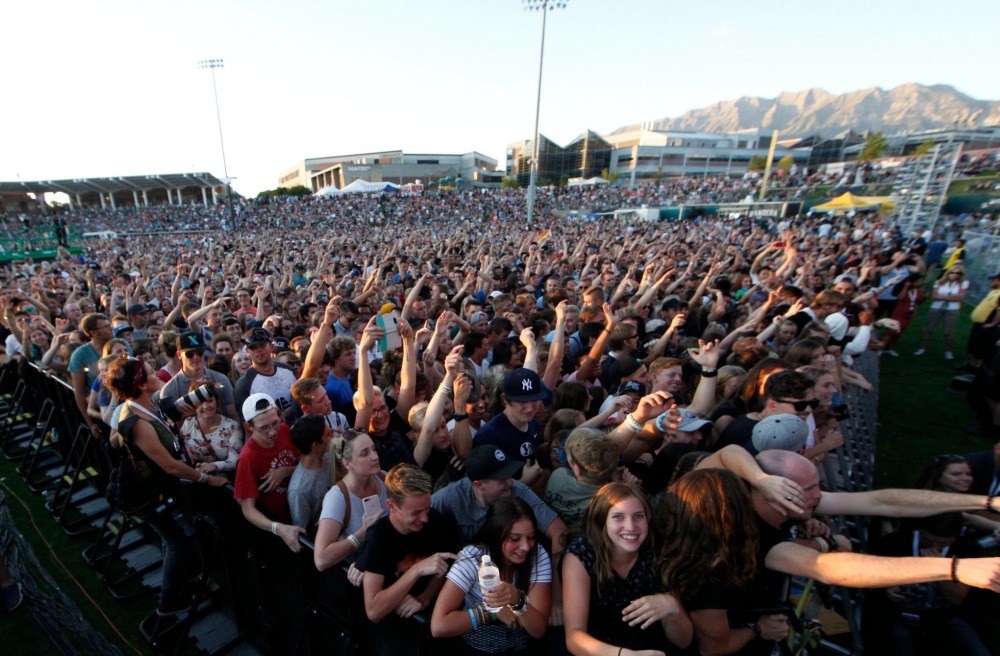 There are a few other highlights I wanted to mention. First is the music. The widely praised musical composer Hans Zimmer worked with Reynolds on the music for the film. So the soundtrack lends itself very well to the stories being told. The second highlight of the film was Tyler Glenn, the lead singer of the Neon Trees.

Glenn, also Mormon, is openly gay and has been one of the loudest and most controversially critical voices of the Church. However you feel about Glenn, his interview in Believer is one of the most emotional and touching scenes in the film. His suffering is real. Glenn’s voice quivers with pain and sadness throughout much of his story. He explains how much he loves Mormonism and wants so badly to be a part of it, but can’t because his own community won’t accept him. Any person with a heart will ache alongside him. And as I cried with Glenn, any apprehension I had about him vanished. I just wanted to hug him and cry it out.

I hear you saying, “does it have weaknesses?” Absolutely it did. Rarely is there a documentary that doesn’t. Perhaps Believer’s biggest weakness and my biggest gripe about the film is that it oversimplifies Utah’s youth suicide problem. While Mormonism’s historic cultural treatment of LGBTQ+ individuals may certainly be a contributing factor, it is not the only contributing factor. Depression and suicide are a holistic problem, meaning they have many interrelating contributing factors such as diet, environment, culture, religion, etc. This means that they require a holistic solution involving the whole community.

Also, I wish Believer had more stories in it. I wish the film spent a little less time with the LoveLoud fest and more time telling the stories of LGBTQ+ members. These stories were the heartbeat of the film and while LoveLoud is an important part of the documentary, it may have had more time than it needed.

One thing I do need to make sure everyone understands, though, is that Believer did not make the Church the bad guy. Others might disagree with me on this and they’re welcome to. But I’ve watched Believer a few times now and the Church is never cast as the enemy. To Believer, the bad guy is cultural apathy, dispassion, and silence in the face of our suffering LGBTQ+ members.

Do I think Reynolds’ hoped a policy or two would change? Yeah, I’d say he did. And Believer is indeed after change. But the change it’s after isn’t institutional — it’s cultural. Believer wants to change and humanize the way to talk about, interact with, and think about LGBTQ+ issues. We can no longer sit on the sidelines and watch. We cannot afford silence when lives are on the line.

And this is exactly the change I’ve seen in myself, family members, and friends who have watched the documentary. They’ve told me over and over that despite their personal feelings about LGBTQ+ issues, they need to be an advocate. This is why Believer is such a success. It can change your heart.

As one father who lost his gay son, Stockton, to suicide said:

“We need more voices… because he deserves it.”

Believer is available to watch on HBO which is currently offering a free 30 days. So it is the perfect opportunity to check it out.

Church’s statement in support of LoveLoud 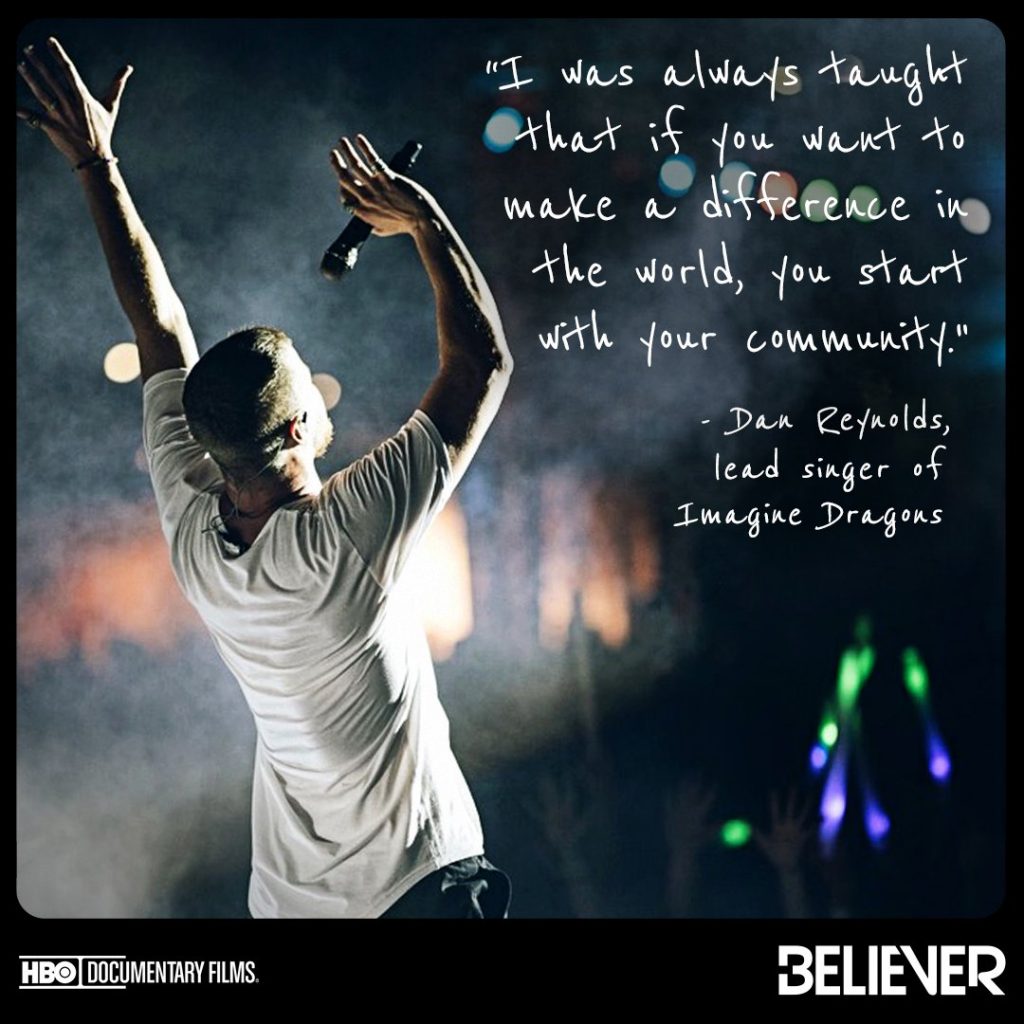