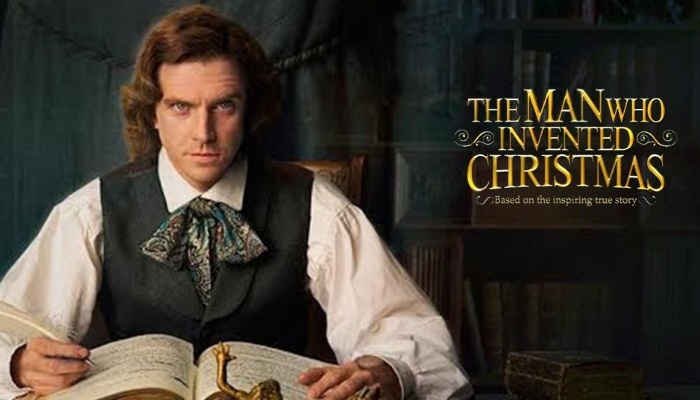 In a Nutshell:   I admit it.  I loved this movie, because I’m author.  I have a particular fondness for movies that peel back the curtains on the life of a successful author and reveal the painful writing process, including writer’s block, muses, and taking notes of people’s names (I do all that too.)   This family-friendly film is about Charles Dickens and how he wrote the beloved “A Christmas Carol”, timed perfectly in theaters to kick off this year’s holiday season.

I love that he was inspired by life around him.  Charles Dickens’ father warns, “We must not disturb the poet when the divine frenzy is upon him.”  True THAT!  When I’m writing and “in the zone”, it makes me crazy when I get interrupted, so I got a kick out of watching Charles deal with the constant knocking at his door.

Based on the book, this spirited film is perfect for almost all ages and will leave you with the desire to do something kind for someone this Christmas season.  In fact, after Dickens’ book was released in 1843, charitable giving immediately surged.  Let’s hope this movie gets the same reaction!