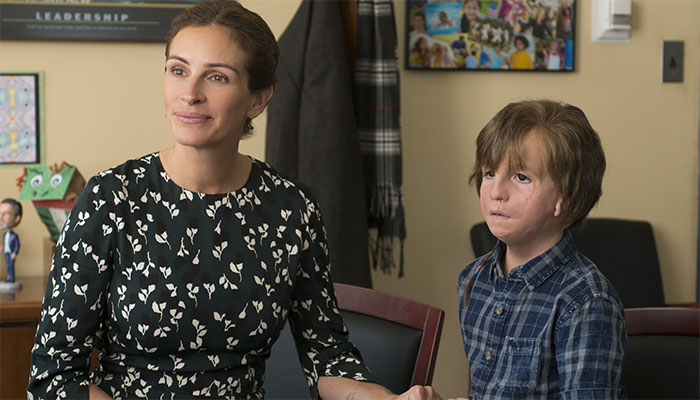 In a Nutshell: Based on the New York Times bestseller by R.J. Palacio, Wonder features a talented cast in an uplifting, heartwarming, and inspiring movie that teaches us all to be a little more kind with one another.

As Mr. Brown’s precept on the chalkboard says, “When given a choice between being right and being kind, choose kind.”

The prosthetics and make-up used on Jacob Tremblay are truly a Wonder. There is enough humor to balance out the emotional moments. Speaking of emotional moments, you WILL cry. A few times. Bring tissue.

The kids who sat in the audience with me loved it. It’s a Wonder when both parents and kids can find a movie that they equally like.