Entertainment Pop Culture 6 Mormon Rap Songs You Should Listen To 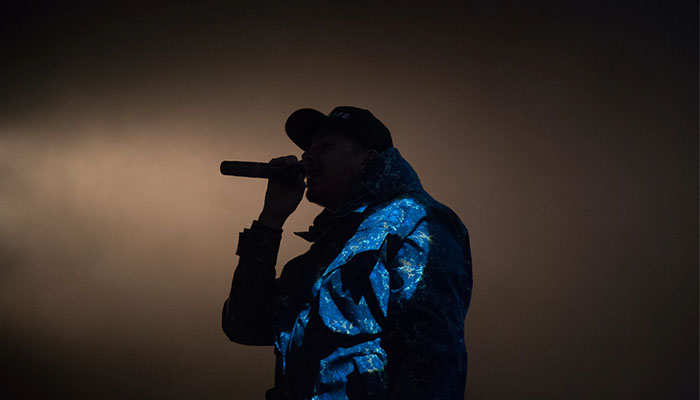 You might remember the 1988 song “Mormon Rap.” The song hit because at the time the very idea of Mormon Rap seemed ridiculous.

Nearly 30 years later things have changed. Mormon Rap is still far from as popular as the Mormon pop, country, and even rock you can expect on the next EFY CD, but it has started to produce some legitimately professional and entertaining tracks.

Here are our 6 favorites.

Returned missionary Na-G released his debut album “Hey Na-G” in 2015. He normally doesn’t talk explicitly about his faith in his music, but said, “As long as what I stand for is reflected in my music and lyrics I can show the world what my faith is.”

“I see the grace in a child’s smile, the motivation that makes me go the extra mile.”

“A generation brought up past their limitations, provides a glow to pierce the dark with this radiation.”

“The first moment, eyes looking face to face, the only thoughts that I have are amazing grace.”

“Only stars to witness us become anew, and I just came to smile at this amazing you.”

The nephew of Grammy-nominated Jenny Oak Bakers, Sugar Sop started his band as a response to the shocking amount of vulgarity in hip-hop music. Phoenix is the band’s first single.

“Moved from affliction, burned to the core, what I was will be no more, burned away, molded by clay, flames consumed, but now I bloom.”

“Echoes fill with the bird’s singing, every end is a new beginning.”

“Ash to ash and dust to dust I burn like the Earth’s crust.”

Maurice Dew’s “Primary Program” album probably has the lowest production values of any of the songs on the list. But his songs are also remarkably insightful and specific to the Latter-day Saint experience.

“They were beaten and bruised, kicked out of homes, tarred and feather, posterity probably scarred forever.”

“I feel blessed to be a part of their posterity, I reflect on their life to find a moment of clarity.”

“I’m not telling you this story to try to convince you, just painting a picture so you can see what we’ve been through.”

The son of an American Idol vocal coach, it’s no surprise Yahosh Bonner found a career in music. In addition to his solo work, he is a member of Gladys Knight’s choir “Saints Unified Voices.” His single, “Live” is the first hip-hop song on an EFY album.

“These aren’t just ordinary days, new miracles on every page.”

“I trust in love in how we speak, a chance to be the change we seek.

“There is no better time than now. He came here to show us how.”

Still a student, Colby Ferrin has found an impressive niche as a featured singer on two powerful duets in the last year. The most powerful, “I Need Thee Every Hour,” seamlessly integrates scripture stories with a powerful message for today.

“I worry my offering is like Cain’s, not gracious. And my pride is too great and spacious.”

“I’ve learned I need him the most when I start thinking I don’t.”

“With prophets, I stand when I need heavenly power. Our hour of need is every hour.”

If there’s such a thing as a pre-eminent LDS rapper, it’s probably James The Mormon, even though his first album proudly claimed, “I’m not a rapper.” His duet with David Archuletta is one track off his “Preach My Gospel” inspired album “PMG.”

“Cause the only thing we ever share be the truth. We gon’ feed the fire ’til it’s burnin’ down the roof. Focus on your heart cause the feels be the proof.”

“Shoulder to the wheel like a Nascar crew. Head in the word, baby, that’s our school.”