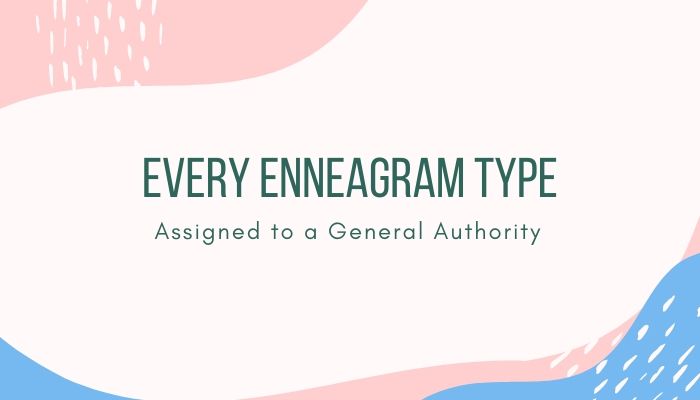 The enneagram is a personality test that is popular among many Christians. There are 9 “types” or sections that you could potentially be a part of.

Just because you are mainly one of these types does not mean that you are not any of the others. In fact, everyone is all of the types, just in different percentages. The section with the highest percentage of similarity to you is your type.

While I do not know any of these general authorities personally, we can try to sort them into categories based on their conference talks and limited personal information.

Enneagram type 1’s are known as “The Reformers.” They are principled, purposeful, and self-controlled. They tend to put an emphasis on doing the right thing, so it is truly CTR at it’s finest. They are also honest, dependable, and see things in black and white.

President Oaks comes from a background as a lawyer and a Utah Supreme Court Judge. He is known for addressing the hard topics such as same-sex marriage, religious freedom, and race in his conference talks. These topics are hard-hitting and he is not afraid of backlash because he speaks with honesty and authority.

President Oaks quote: “We should be careful not to exhaust our available time on things that are merely good and leave little time for that which is better and best.”

“The Caring Helper” 2’s excel at empathizing with others, making connections, and being humble. They tend to push aside their needs in order to meet the needs of others. They are usually seen as sensitive and emotional.

Elder Uchtdorf’s childhood was full of uncertainty but he has overcome and uses his emotional past to connect with others. His general authority profile says that he cherishes the arts and especially enjoys spending time with his family. His general conference talks are typically motivational and emotional. 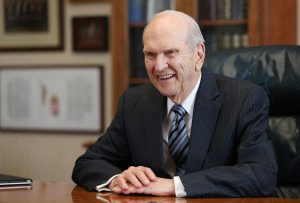 This type is generally called “The Performer” but I think a better way to describe this is “The Innovator.” Three’s are adaptive, driven, and pragmatic. They generally like to stay active and are great at taking initiative.

President Nelson is famously active and on the go despite being 95 years old. He is driven and has received many awards and accolades within the medical field because of his contribution to heart surgery. He has also made more changes to the organization of The Church of Jesus Christ of Latter-day Saints than any other preceding prophet.

President Nelson quote for other enneagram 3’s: “We are here to qualify ourselves day by day for the positions that our Father expects us to fill hereafter.” 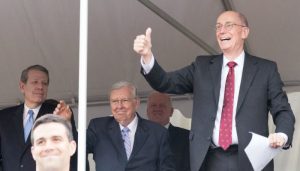 This type is labeled as “The Artist.” These people are great at seeing beauty in the world and creating beauty. They are known for their ability to express human emotion and empathize with others.

President Eyring is memorable for his tender emotions during his conference talks and his sweet disposition. He is also an actual artist and his watercolor collection was displayed at the Jacob Spori Art Gallery in 2017 and the Church History Museum in 2018.

A President Eyring quote for any other 4’s out there: “The yearning you’ve felt for something better is a yearning to come unto Christ.”

Elder Christofferson is definitely a scriptorian and he has a background in law, so he is used to analyzing situations. During his conference talks, he often invites us to contemplate and think about the deeper meaning of gospel topics.

An Elder Christofferson quote for other 5’s: “As we remember and honor His atoning sacrifice, we should also contemplate His sinless life.” 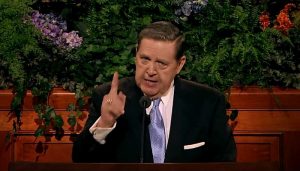 “The Loyalist” is the perfect way to describe a type 6. Common traits include being committed, reliable, and trustworthy. They are great troubleshooters and but they also tend to deal with a lot of anxiety and depression.

Elder Holland is known for his powerful testimony and his boldness. He does not beat around the bush. In his talk, “Like a Broken Vessel” he references his personal experiences with mental illness. 6’s like Elder Holland are very loyal and are unwavering in their beliefs.

An Elder Holland quote for other 6’s: “If for a while the harder you try, the harder it gets, take heart. So it has been with the best people who ever lived.”

Related Link: Which Ward Calling Does Your Personality Fit? 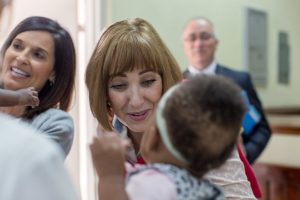 Type 7’s are called “The Enthusiasts.” They are usually looking at the world with a glass-half-full outlook and they seek out eye-opening experiences. They usually become popular because of their wide-eyed enthusiasm for life.

Sister Franco was called as the second counselor in the general primary presidency in 2017. She stole our hearts the second she walked up to the pulpit because you could tell that she was being unapologetically herself. She has a sparkle in her eye and her absolute joy when she speaks.

A Sister Franco quote for other enneagram 7’s: “We have a loving Father in Heaven who is waiting for us to turn to Him, to bless our lives and the lives of those around us.” 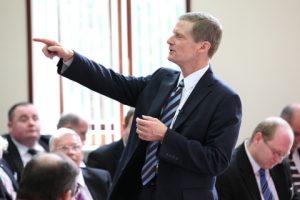 “The Challenger” is someone powerful, self-confident, and decisive. They are generally comfortable in positions of authority and often appear intimidating to other people. The Challenger likes to set goals and challenge themselves and others.

While he was the head of the missionary department, Elder Bednar gave a few very powerful talks that prove just how confident and authoritative he can be. He commands the attention of a room and tends to not share so much about his personal life, as an 8 would.

An Elder Bednar quote for other type 8’s: “Who you are and what you are is more important than anything you will ever say.” 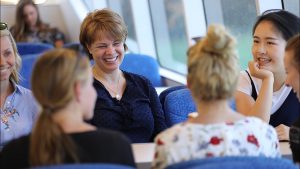 Type 9 is known as “The Peacemaker.” Peacemakers generally strive to create harmony within their environment and like to avoid conflict. They are also known as mediators and are often referred to as the glue that holds communities together.

Sister Eubank is the oldest of seven children. She was very shy as a high school student and admits that she is still very reserved. Before being called to the General Relief Society Presidency, Sister Eubank was the director of LDS Charities, and she continued in both roles. She had previously worked in the Church’s humanitarian department and the Church welfare department. Her creative and frugal problem-solving methods perfectly fit her to be a type 9.

A Sister Eubank quote for other 9’s: “Money is the easy answer, but there is always another way.”

What is your enneagram type? Share in the comments.