Entertainment Pop Culture 5 Disney Characters that Teach Us How to Conquer Adversity Like a... 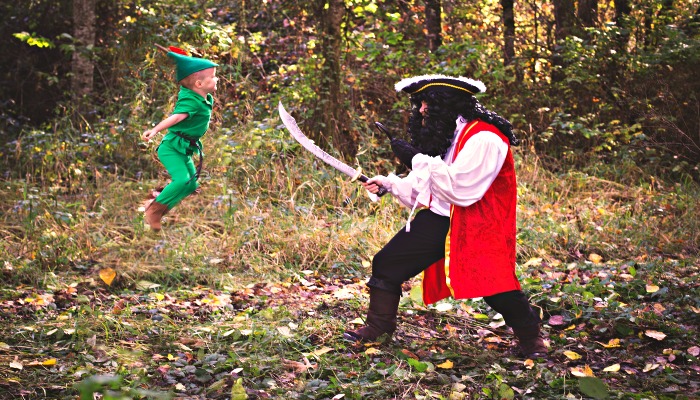 When it comes to topics like morality and adversity, Disney is the new Aesop. Children and adults alike glean wisdom and inspiration from its entertainment. Much of the time, though, we don’t even realize what awesomeness we are watching.

Of course, just like Aesop, or most any kind of entertainment, Disney doesn’t always get it right, but sometimes it really hits it out of the park.

Disney has taught us about our inner divinity<–link added when the article is published. Mormon Hub has compared General Authorities to Disney characters and sister missionaries to Disney Princesses. A Mormon even shaped the character of Mickey Mouse.

Here are five Disney characters that teach us how to face and defeat adversity like the bosses we are:

Grandma Willow gets an A+ for being the proverbial “wise old woman in the shape of a tree.” No one does it better. So when Pocahontas and John Smith want to bypass the roadblocks in their taboo romance, who else could give them such valuable advice?

Grandmother Willow : Now then, there’s something I want to show you. Look.

John Smith : What about them?

Grandmother Willow : So small at first, then look how they grow. But someone has to start them.

John Smith : They’re not going to listen to us.

Grandmother Willow : Young man, sometimes the right path is not the easiest one. Don’t you see? Only when the fighting stops, can you be together.

Grandma Willow is right; doing the right thing is often not easy. It’s not meant to be. We came to this Earth to grow in strength and wisdom through adversity. Sometimes that means forging a path through the desert or mountains. This takes courage and persistence, but it’s worth it.

2. Rafiki from The Lion King

If Grandma Willow is the epitome of “wise old tree woman,” then Rafiki is the perfect enlightened old baboon sage. He’s got a great sense of humor too. Just after Simba’s dramatic conversation with his father from beyond the grave, Rafiki gives Simba the extra bonk on the head that he needs to go back to Pride Rock and claim his kingdom.

Adult Simba: I know what I have to do. But going back means I’ll have to face my past. I’ve been running from it for so long.

[Rafiki hits Simba on the head with his stick]

Adult Simba: Ow! Jeez, what was that for?

Rafiki: It doesn’t matter. It’s in the past.

Rafiki: Oh yes, the past can hurt. But from the way I see it, you can either run from it, or… learn from it.

[Swings his stick again at Simba, who ducks out of the way]

Rafiki: Ha. You see? So what are you going to do?

Rafiki: Good! Go on! Get out of here!

Haunted by your past? You have two choices: run from it or learn from it. Take the time you need to heal, with a little help from your wise old friend, Jesus Christ, and in the process, you’ll turn that pain into strength. Then you can go out and face any obstacle like the lion you are. Yeah, I hear you roar.

Peter Pan doesn’t want to grow up. Maybe he has a point though. After all, he spends his days doing what he loves: hanging out with the Lost Boys, fighting bad guys, and flying. Isn’t that the life. And how does he fly?

Wendy: He can fly!

John: He can fly!

Wendy: I’ll think of a mermaid lagoon, underneath a magic moon.

Michael: I think I’ll be an Indian brave.

[The children all fall to the ground]

Peter Pan: This won’t do. What’s the matter with you? All it takes is faith and trust. Oh! And something I forgot.

Peter Pan: Now, think of the happiest things. It’s the same as having wings.

Wait…what is this pixie dust, exactly? Could it be a symbol of faith and trust? Peter Pan, even with his “I-don’t-want-to-grow-up-I’m-a-Toys-R-Us-kid” mentality, may be onto something here. With a little child-like faith in Jesus Christ and happy thoughts, we can soar over any obstacle.  Could this be one reason why Christ says that except we “become as little children, [we] shall not enter into the kingdom of heaven“?

Timothy Q. Mouse is a strange side-kick for an elephant—even a baby one—but his wisdom is greater than his small stature suggests. When Timothy and Dumbo find themselves in a sticky situation, Dumbo discovers a new use for his giant ears:

Timothy Q. Mouse: Now I wonder how we ever got up in that tree, anyway? Now, let’s see – elephants can’t climb trees, can they? Nah, nah, that’s ridiculous. Would they jump up? Mm-mmm. Too high.

Timothy Q. Mouse: Maybe we flew up. Yeah, maybe we…That’s it! Dumbo! You flew! Boy, am I stupid. Why didn’t I think of this before? Your ears! Just look at ’em, Dumbo! Why, they’re poifect wings! The very things that held you down are gonna carry you up, and up, and up!

The very things that held you down will also carry you up.

Let’s try a thought experiment: what’s the most difficult experience you’ve ever had? Did you overcome it? If you hadn’t overcome it in some respect, you probably wouldn’t be around to read this article. It’s that age-old paradox: what doesn’t kill you makes you stronger. And the better you internalize that, the more you will embrace the fight.

5. The Emperor from Mulan

Mulan is a warrior princess who pretty much single-handedly brings down the Huns. But she didn’t start out that way. First, she was failing to live up to the expectations of her traditional Chinese society. In an effort to save her elderly ailing father from being drafted into the war, she disguises herself as a man and learns how to be a soldier. She’s pretty much the baddest maiden to conquer adversity that ever came out of Asia. No wonder the Emperor of China tells her captain and love interest to chase after her.

The Emperor of China: The flower that blooms in adversity is the most rare and beautiful of all.

The Emperor of China: You don’t meet a girl like that every dynasty.

If you feel like you just don’t fit in, chances are, you were born to stand out. So get in your warrior stance and bloom like a flower in the face of your enemies. Your lover will thank you for it.