Entertainment Pop Culture Could a Mormon Super Hero Appear in a Marvel Movie? 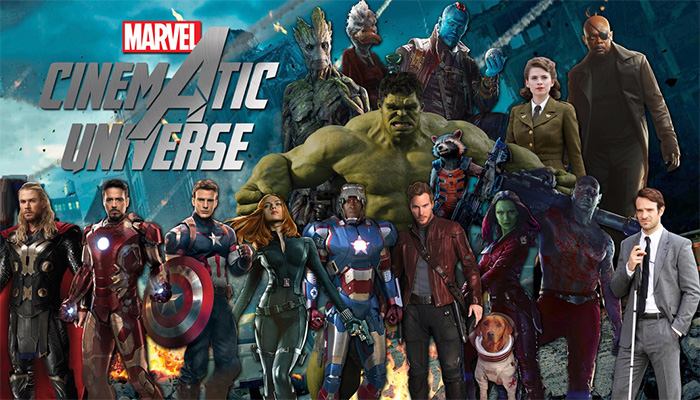 The Marvel Cinematic Universe continues to grow, as the studio puts out one hit after the next. As the film universe begins to expand, there are opportunities for many different heroes to appear in Marvel movies.

While religion has usually played a small role in the films, beginning with the TV program “Daredevil,” Marvel has not been afraid to make religion a crucial part of their characters’ identities.

As Marvel has recently made attempts to diversify its character lineup, is it possible a Mormon character may make an appearance? This is where it gets interesting for LDS comic fans.

In the sixth issue of the Civil War series, Maria Hill, who works directly for Nick Fury in the Marvel films, confirms the existence of Mormon superheroes. Now that the Civil War storyline has been integrated into the Marvel Cinematic Universe in Captain America: Civil War, it  seems completely possible that a Mormon may one day appear in a Marvel film. So which Mormon hero is the most likely to appear? Here they are in order from least to most likely. 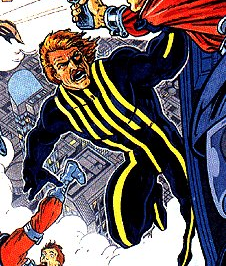 Mormon connection: The two are both identified by Adherents.com as Latter-day Saint characters. Dan grew up in Salt Lake, and later married Yoko, settling down and raising their two children together.

Why they could appear in a Marvel film: The Strikeforce Morituri of which Scanner and Burn are a part is enlisted to help the government under alien attack. Since the role of the government in the lives of superheroes has been a major theme in many Marvel movies, this group could help advance that theme.

Why they won’t appear in a Marvel film: The Strikeforce Morituri comics are set in 2069, so using the characters would require a pretty dramatic change in the Marvel timeline. And the film making rights to the series are currently in court. 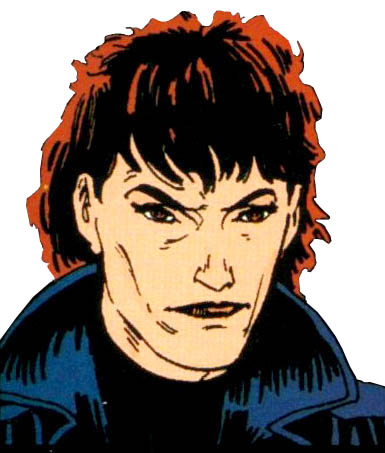 Mormon connection: Dr. Deseret is one of the few Marvel characters to have their religion specifically identified in the comics. A news reporter at one point calls Dr. Deseret, “a special agent of God.”

Why she could appear in a Marvel Film: Marvel wants more women in their films, and Dr. Deseret is one of the most interesting. She is the result of a super soldier experiment, and has access to 50 different drugs that give her different abilities, but she eventually becomes addicted. This may be an interesting thematic tie-in to Tony Stark’s own struggles with addiction.

Why she won’t appear in a Marvel film: The Captain Confederacy comic takes place in an entirely different universe, where the confederacy won the Civil War, leading to North American being populated by several different countries, including the country of Deseret. It would be pretty difficult to bring a character from such a specific alternate universe into the mainstream. 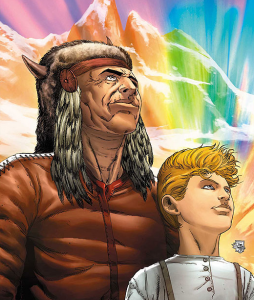 Mormon connection: The series was written by Latter-day Saint Orson Scott Card, and the main character is said to be based loosely on the life of Joseph Smith.

Why he could appear in a Marvel film: Marvel seems to prefer pulling material from more recent comics, and Red Prophet is less than ten years old. Upcoming films are set to pull in many unique types of characters from across Marvel’s comics. Alvin represents a very different kind of hero because of his age, and his ability to create from what’s around him.

Why he won’t appear in a Marvel film: Red Prophet is set in the mid 19th century, and he’s never been definitively connected with other Marvel characters in the past. 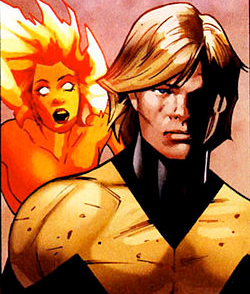 Series appearing in: This refers specifically to the Ultimate X-Men (2001-2009) version of the character

Mormon connection: Cypher is based on the Jeopardy champion Ken Jennings, a Latter-day Saint.

Why he could appear in a Marvel film: While the comic series have been largely based in the US, Marvel films have tried to appeal internationally. Cypher’s super power of translation could allow for a more international flavor to the film.

Why he won’t appear in a Marvel film: Marvel studios doesn’t own the rights to the X-men films. And Fox has shown no interest in cooperating. Marvel has recently begun working with characters from outside studios, such as Spiderman, so it’s not impossible that X-men might appear in a Marvel film someday, but it’s very unlikely in the near future.

Mormon connection: Maria Hill says directly that the team is made up of Mormons.

Why they could appear in a Marvel film: They’re mentioned specifically in the Civil War series that Captain America: Civil War is based on.

Why they won’t appear in a Marvel film: Notice, no picture. They don’t appear anywhere. I can’t imagine them making their first appearance on film, beyond a simple fly over. Besides, the initiative 50, where the group is brought up, is at the end of the Civil War storyline, and it seems likely that Marvel will extend this story over several films, so even if they eventually appear, it won’t likely be for a long time. 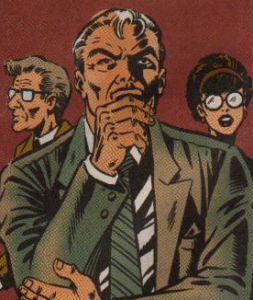 Mormon connection: Jacob Raven is explicitly named as a devout Latter-day Saint in the comics.

Why he could appear in a Marvel film: Spiderman will now appear in the Marvel cinematic universe. Jacob Raven, who is a strictly law-abiding man, sometimes works against Spiderman who usually works outside the law. With this being the third cinematic iteration of Spiderman, pulling in second tier characters like Raven, wouldn’t be odd at all.

Why he won’t appear in a Marvel film: The contractual situation between Marvel and Sony is complicated. So while it’s possible for a Spiderman character to appear, it may not be likely. Besides some of Marvel’s best villains are from the Spiderman series, and Marvel is surely excited to use those, even if that means reusing them, so it may take a while before lesser characters come to light. 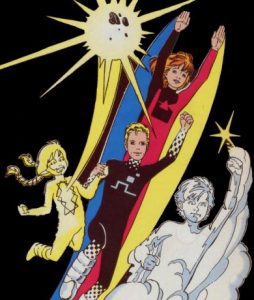 Mormon connection: The Power Pack never mentions their faith directly, so questions remain. But their parents have been seen wearing BYU sweatshirts, which is the closest religious connection the characters have at all.

Why they could appear in a Marvel film: By far the most significant characters in the Marvel Universe on this list. Joe Queseda who is set to write a new Power Pack series has confirmed the events of the Civil War story line did affect the Power Pack. Marvel has shown an affinity for teams like the Avengers and Guardians of the Galaxy, but many of the major hero teams aren’t available to Marvel, such as the X-men, and Fantastic 4. A unique, popular, and developed team that Marvel has the rights for, like the Power Pack, may be the perfect way to expand the universe.

Why they won’t appear in a Marvel film: They’re kids, and Marvel has been reluctant to make their films too dark, so including children may be a step too far. Besides, how many new teams can Marvel really add to their already full line up? 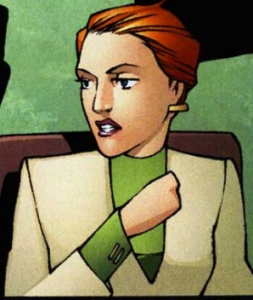 Series appearing in: She-Hulk (1980-present), The Death of Wolverine

Mormon connection: Mallory is a BYU alumnus, so there’s a 98% chance she’s Mormon.

Why she could appear in a Marvel film: Her law career is devoted to Superhuman law, a topic that is set to be explored at length during Marvel’s phase 3. Just think of how many lawyers and senators have already had small roles in the films.

Why she won’t appear in a Marvel film: Mallory Book most often appears in the She-Hulk series, and while she’s shown cross-over potential, unless She-Hulk is set to make an appearance on film, it seems unlikely Mallory would be brought over separately.

Many interesting Mormon characters do exist in the Marvel universe, and there is definitely room for them in the Marvel Cinematic Universe, but most of them are secondary characters, and come from story lines that don’t look to be adapted soon. So Mormon comic book fans may have to wait before seeing one of their own on the big screen. 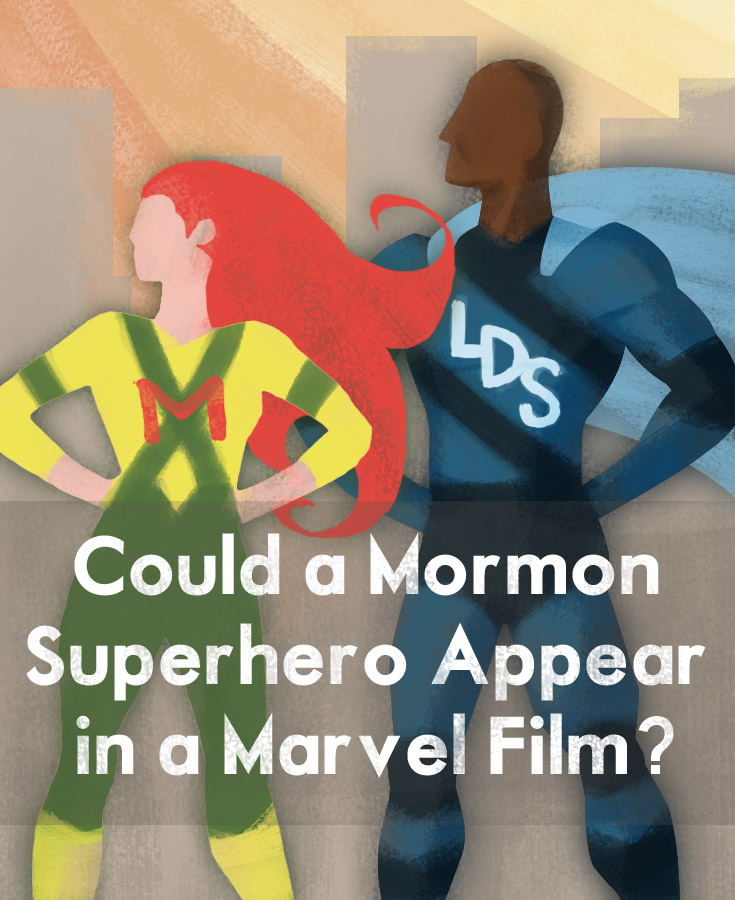