Entertainment Pop Culture What If a Mormon had Written the Noah Movie? 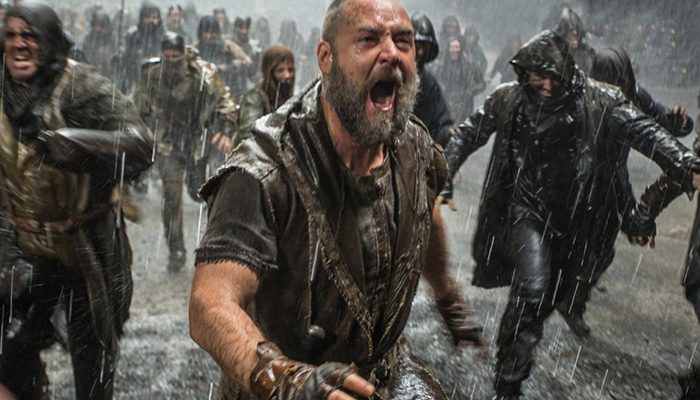 Much has been written and said about the Noah movie.  It’s controversial, because it doesn’t follow canonized scripture and even loosely interprets non-scriptural religious writings, like the Book of Enoch.  The character of Noah seems unseemly for a prophet of God, too.

What if a Mormon had written the Noah movie?  What would be different?

1.       Adam and Eve — The representation of the Garden of Eden wouldn’t be so different for Mormons, especially since the movie says that the Creator gave Adam and Eve a choice.  Mormons believe that opposition in all things was instituted by God to guarantee the agency of man.  The fall of Adam and Eve is considered by Mormons to be part of God’s great plan, and the atonement of Christ was planned from before the foundation of the world to compensate for “original sin,” which we’ll discuss later.  The depiction of Adam and Eve as glowing humans would also satisfy Mormons.  There are three realms of glory in heaven, which can also exist on earth at various times — the celestial, the terrestrial, and the telestial. (See 1 Corinthians 15:40-42; Doctrine and Covenants 76.) We live in a fallen, or telestial world, but the Garden of Eden was terrestrial, or more glorious, and Adam and Eve’s bodies were not subject to death or disease (or fertility).  Their glory (light) was also greater than ours. 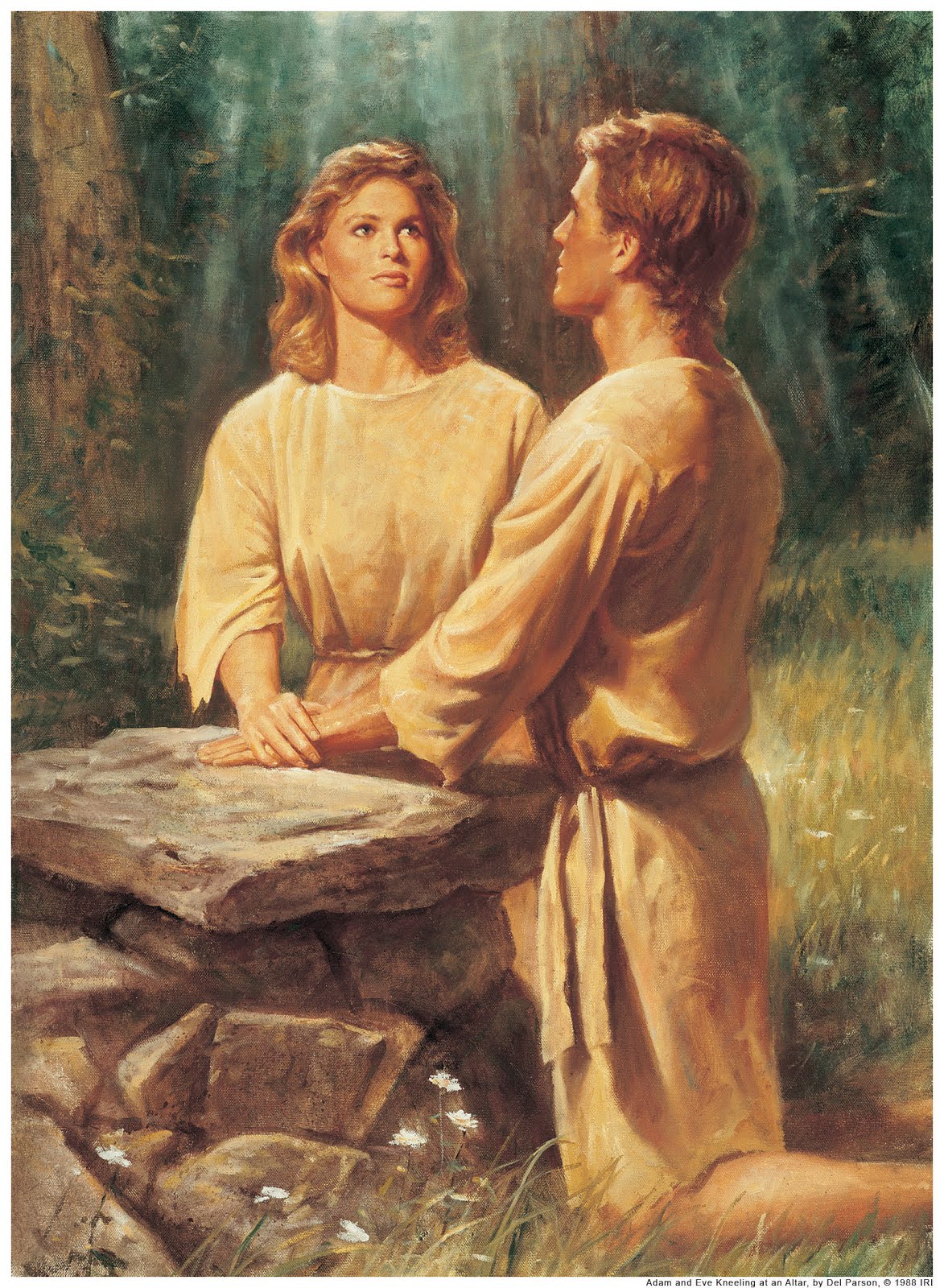 3.       The snake-skin — Mormons wouldn’t believe that the snake-skin held any power, unless it was the power of Satan.  Mormons believe that Christ made coats of skins for Adam and Eve as they were banished from the Garden.  These were not only to cover their nakedness, but were “garments of the holy priesthood” (priesthood being the power and authority to act in God’s name).  The garment of Adam evidently lasted for quite some time and was considered powerful.

4.       The Flood — Mormons believe in the biblical account of the flood.  The earth is a living thing, fulfilling the measure of its creation.  Mormons believe the flood covered everything on earth and was the earth’s baptism.  (Interestingly, scientists have just recently discovered that the mantle of the earth holds as much water as its seas, making water coming up from below even more understandable.)  The earth will be baptized by fire and glorified at the end of time, and she will become the abode of those who inherit the highest, or celestial, kingdom of heaven.

5.       God destroyed mankind — Mormons believe God destroyed all living people, birds, and animals on the earth at the time of the flood, except eight people (Noah’s daughters were lost, having married the ‘sons of men,’ or in other words, worldly men).  And they believe that two of every animal, creeping thing and birds were saved on the ark (seven each of the ‘clean’ animals).  How this was done, we don’t know.  It could have been that the animals hibernated, as was shown in the Noah movie, or by some other way.  Scientists have also recently said that the ark could have easily held many thousands of animals.

6.       Noah was a prophet — Prophets are human beings and can have foibles, personality flaws, and a human tendency to speculate on revelation they have received from Heavenly Father.  However, Mormons believe that all prophets have known of, understood, and testified of the Savior Jesus Christ from Adam on, and that Jehovah, the God of the Old Testament, was Jesus Christ.  It is probable that all the ancient prophets saw Christ, at least in vision.  Noah was no bumbling man without a knowledge of the truth.  He surely spoke with God, who gave him instructions for the ark, and he preached repentance to a fallen people for over 100 years (to no avail) before the flood.  Heaven is as real as earth, and there is more connection between the two than most people realize.  And the “Creator” is a personal, loving God, and not the distant, cold god portrayed in the Noah movie. 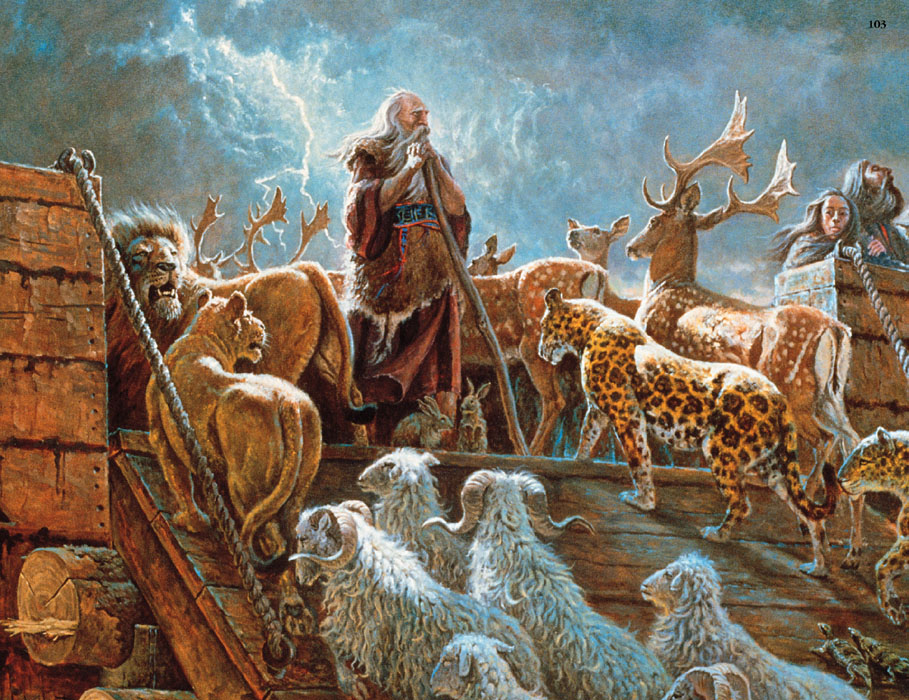 7.       Sin and innocence — The Bible said the earth was filled with violence at the time of Noah, but sexual sin and marrying outside the covenant were also rampant.  The righteous had already been taken from the earth into heaven — the City of Enoch was translated, and other righteous people caught up to join them, including Melchizedek and the righteous of Salem.  God destroys the wicked when their “cup of iniquity is full.”  This means that 1) the righteous have been killed, driven out, or led away, so that only the wicked remain, and 2) it is impossible to raise a righteous child in that group of people, because the law has become corrupt and sin made acceptable.  The people of Noah’s time were so far gone, they thought nothing was wrong and that Noah was crazy.  The movie shows Shem having a sexual liaison with Noah’s adopted daughter, Ila.  This would have been considered unrighteous, and without repentance, would have condemned Shem and his consort to die in the flood.

8.       Babies are innocent — The atonement of Christ has covered original sin, so all babies are born in innocence.  They cannot sin or understand how to repent until they reach the “age of accountability,” denoted as age 8 for normal children.  Thus, Ila’s baby girls would never have been in danger of being executed by Noah for their wickedness.  Being raised by righteous parents, they had the chance to grow up unto the Lord.

10.   What about the righteous who died in the flood? — There were surely children under age 8 who died in the flood, and humans like Na’el who were victims and not fully corrupt.  What of them?  In 1 Peter 3 it talks about the inhabitants of the earth at the time of Noah who were “sometimes disobedient.”  Mormon prophet Joseph F. Smith was studying and pondering this scripture, when a vision opened up to him, now recorded as Doctrine and Covenants, 138.  In this vision, he saw Christ organize the righteous in heaven to teach the gospel to spirits who had died in the flood, thus giving them a chance to repent before their resurrection and judgment.  God is just, but He is also merciful.

11.   Watchers and Giants — These are called anakim and nephilim in the Bible and peripheral writings.  Mormonism dismisses accounts that define these peoples as mythical creatures fallen from heaven.  The covenant daughters of God married heathen sons of men, and their sons were great warriors, reveling in their own power.  Some may have been large men, like Goliath, but they certainly were not rock beings.

12.   The Tzohar — A tzohar is a glowing stone used by Noah to give light to the interior of the ark (Genesis 6:16 — the word “window” is a mis-translation of the word tzohar).  Later, as recorded in the Book of Mormon, the prophet called the Brother of Jared brought stones to Christ to touch with His finger to create tzohars for the boats used to sail to the New World.  Tzohars are not meant to create fire, according to ancient texts, but to give light. 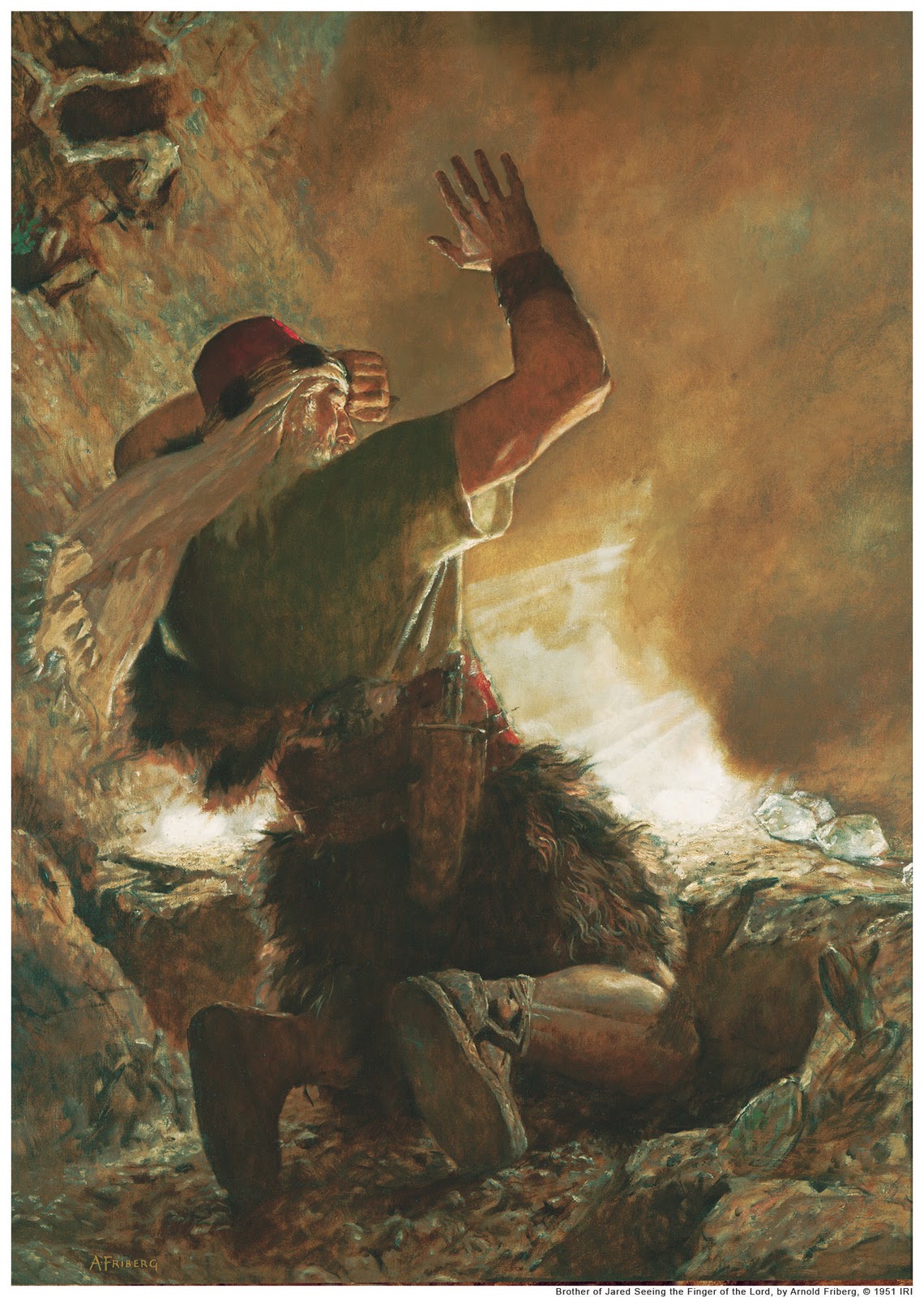 13.    The only good guys are vegetarians — Men do have dominion over the beasts of the earth.  The Lord commands us not to waste flesh, never to kill animals, fish and birds except for food, but He does expect us to eat them.  In Doctrine and Covenants 89, called the Word of Wisdom, God says through revelation…”And again, verily I say unto you, all wholesome herbs God hath ordained for the constitution, nature, and use of man—Every herb in the season thereof, and every fruit in the season thereof; all these to be used with prudence and thanksgiving.  Yea, flesh also of beasts and of the fowls of the air, I, the Lord, have ordained for the use of man with thanksgiving; nevertheless they are to be used sparingly; And it is pleasing unto me that they should not be used, only in times of winter, or of cold, or famine.”

14.   Ham’s separation from the family — Ham’s rebellion is recorded in Mormon scripture as well as the Bible.  The Pearl of Great Price, with Joseph Smith’s translation of Genesis, says that Ham’s wife was Egyptus, a descendant of Cain.  After the flood, their descendants settled in Egypt, with Pharaoh as leader, who was righteous, but he had no priesthood.  As far as Ham’s seeing Noah’s nakedness when Noah was drunk with wine, the verses may have a different meaning and may refer to the garment of the holy priesthood which Noah had.  “Some believe that the garment involved was taken because it had special religious significance and may have been a representation of Noah’s priesthood. If Canaan, or Ham, took the garment, the cursing may be related to Abraham 1:26–27 where we read that the descendants of Ham were ‘cursed … as pertaining to the Priesthood’” (v. 26).