Entertainment Pop Culture UPDATED: Do We Have the Next Latter-day Saint American Idol? 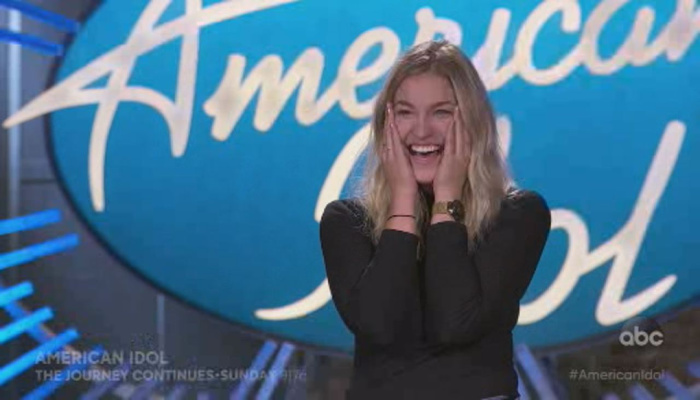 We all remember David Archuleta, right? You know, the 16-year-old kid from Utah that got 2nd place on the 7th season of American Idol? Well, it looks like another Latter-day Saint is going to sing her way to the top spot in this year’s season of the popular singing competition.

“You could win this whole thing.”

When all the judges turn and look at each other, you might think you did something wrong. But then Luke Bryan starts pumping his fist and you know you are doing something right.

When Ashley Hess started singing Norah Jones’ “Don’t Know Why,” the judges were awestruck. Bryan had Hess stop so that all the judges could congregate around her piano.

“How could you just come in here all casually, ‘Yeah, I was going to be a dental hygienist’?” said Katy Perry. She then went on to tell Hess that she “could win this whole thing.”

Hess is 27-years-old and originally from Freemont, California. She says that she got a late start to music because she just never believed she could do it, that it wasn’t practical. Lionel Richie said, “Can I snap you out of your delusional state of mind?” Perry echoed his statements and then judges said in unison, “You’re going to Hollywood!”

Hess isn’t as new as she seems though. She recently collaborated with renowned LDS musician Paul Cardall in his new album Worth of Souls: Songs to Rescue & Restore Faith in Jesus Christ where she wrote the titular track.

So, moral of the story: believe in yourself and follow your dreams. If your dream is singing, it probably helps if you have an amazing voice. Check out Hess’s audition in the video below! (She starts singing around 2:39.)

UPDATE: Hess has earned a spot in the top 40.

UPDATE: Hess has made the top 20 on American Idol. Deseret News reported on her performance in Hawaii. Hess performed without the piano and showed stage presence as she belted “Gone Away” by recent Grammy winner H.E.R. Still, the judges said they prefer her at the piano.

UPDATE: Ashley has made the top 14!

UPDATE: Ashley didn’t make it into the top 10. Here’s what MSNBC had to say about that: “ASHLEY HESS (Stevie Wonder, “Sir Duke”) | America was 100-percent wrong for not putting Hess through to the Top 10, which she reminded them by rocking this Motown classic — while rocking a sparkly black pantsuit. A natural performer, whether behind a piano or on her feet, she’s just great. Grade: A- (See the video at the bottom of this page.)

Aaannnndddd…Ashley was back at the piano for her April 1st triumph: