Personality Princess Training: Do you have what it takes? 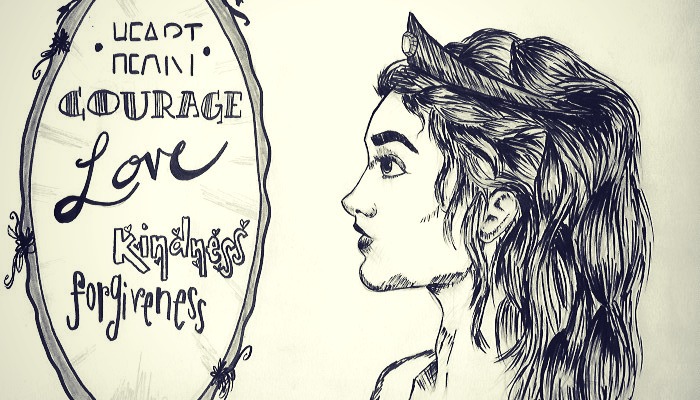 As I prepared for the day and checked myself in the mirror before leaving, a line came to mind that often does when I see myself.

Another thought entered as I imagined having Julie Andrews giving me princess training. I laughed and knew I would look like even more of a fool than the beautiful Anne Hathaway ever could.

But then the Spirit whispered something that changed my perspective.

A princess is a princess for who she is and what she does, not for the crown she wears.

A Princess is Kind to Literally Everyone:

Rapunzel, although initially terrified upon entering the Snuggly Duckling, ended up uniting an entire pub of ruffians and such with a little heartfelt song. Once she took the time to listen to their stories, she loved them as though they were longtime friends. Fear and appearances didn’t stop Rapunzel from showing the kindness that often prevailed in her heart.

Tiana worked hard her entire life, and Lottie, well let’s just say she didn’t. Yet, Tiana and Lottie grew up as close friends. Tiana never went off on how spoiled Lottie was or how she had nothing to whine about. Rather, even when Lottie was low, Tiana reached out to encourage her to keep pursuing her dreams.

A Princess Has Courage to Do What’s Hard

Throughout this legend, Mulan proves herself to be full of courage as she takes her father’s spot in the army, risking her life and the honor of her family. But even when confronted with ridicule and failure, she took courage to keep trying and pull herself to new heights.

When Merida wanted to ride her horse and shoot arrows, her mother wanted her to get married, and this created a little bit of a BEARier between them. (Did you see what I did there?) However, Merida worked to mend the tear between them, having courage to find a solution and apologize. Sometimes even saying sorry requires the greatest courage we can summon.

Belle took the place of her father to be imprisoned by a hideous beast, and even after the Beast’s harsh treatment of her, she tended to the wounds on his body and in his heart. She had courage to see beyond what the eye sees and look on the heart.

These princesses are great examples of courage and doing what’s hard. Although it may seem that we may risk our entire lives, having courage and faith to do what’s right are at the essence of a princesses’ daily decisions.

A Princess Forgives Others

Throughout Anna’s life, her sister Elsa had shut her out (because of a good fear of killing Anna, but still.) Even after Anna found out about Elsa’s icy powers, she continued to reach out, but to no avail. Although Elsa continued to shut her out, Anna continued to love and forgive Elsa for anything she might have done against her. Anna’s forgiveness and love mended her sister’s fearful heart and Anna’s own frozen heart.

A Princess Listens to her Heart (Ahem, the Spirit)

Even though the world around her screamed with all the noise of conflict, Pocahontas chose to listen to her heart and ended up stopping a war between her people and the Englishmen. Ok, but seriously, a compass and the wind with the leaves?? There’s no way you’re telling me that’s not the Spirit.

Moana seems to have been guided by the Spirit of Elijah to understand more of her ancestors and in turn, herself. By looking to what the Spirit taught her, even if it went against others’ opinions, she ended up saving her island, Te Fiti, Maui and herself.

Anastasia likewise was guided by the Spirit to understand her past. Even when Rasputin, the evil sorcerer, sought to bring her down, she kept pushing forward to bring light and hope to those around her.

A Princess Is Herself

Ariel loved collecting knick-knacks and she enjoyed using them in her own special way, even if it might not have been “the right way.” Her joy and curiosity led to the uniting of land and sea.

Meg rocked her own world. She didn’t fall on her face for the basic guy, but she chose to be her sassy-self and ended up winning him anyway. And in the process, she helped him realize that it was okay for him to be himself. Now that’s talent, if you ask me.

We are all Princesses of God

With God as our Heavenly Father, we are all Princesses and Princes, unique and wonderful in our way, but only on condition of what we say and do. We must earn the royal title of princess by the way we treat those around us and love our Heavenly Father.

What other princess qualities inspire you to act like a princess?