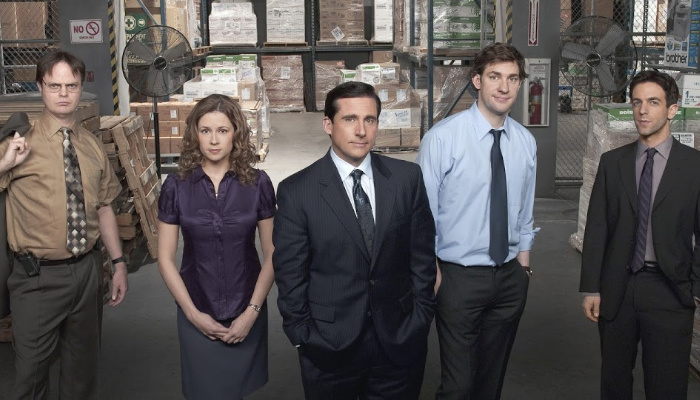 The Office is one of those shows that will probably have re-runs forever. The show ran for 9 seasons featuring a wacky boss, employees playing pranks, and overall hilarity. We have all had a boss or supervisor that is a Michael Scott, known a co-worker who was a total Stanley or Dwight, or have had meetings where we watch for the DVD symbol to hit directly in the corner. But what if the characters from The Office were in your ward? Who would they be?

Michael Scott would be the bishop that has a heart of gold but, like all bishops, he isn’t perfect. He would have all sorts of crazy ideas to increase retention and baptism rates. The ward council would constantly have to talk him down and scale down those ideas. Michael would also be constantly trying to relate to the youth and would probably make a fool of himself in the process.

But ultimately, his heart of gold would prevail. Michael would be able to offer a kind word or gesture at just the right time. Some of his ideas actually work and the ward loves him because they know he cares about them.

Dwight is a hard worker. He is one of the top employees at Dunder-Mifflin! And if he were in your ward, he would probably be the bishop’s first counselor (assistant to the bishop?). He would make sure that Michael has everything he needs to succeed in his service. He would defend the members of his ward and also offer them interesting (if forceful) information about everything—including beets, bears, and Battlestar Galactica.

Jim is goofy, fun-loving, and committed. Also, his pranks are legendary. All of these qualities would make him a great Young Men’s president. The boys would (probably) think he is cool and be eager to hear what he has to teach them. Jim is a hard worker, despite his lazy exterior, and would teach the Young Men to have fun and work hard. He would also teach them awesome pranks that occasionally get out of hand. But at the end of the day, Jim would be there for his boys.

Stanley is known for doing crosswords and sleeping through work and meetings. He is just there to do his job and leave as soon as that clock strikes 5. If he were in your ward, Stanley would be that High Priest that is constantly falling asleep. He would somehow be the first one out the door at meetings too. . . .

Phyllis has always given me that kind grandmother vibe (though she really isn’t old enough to be a grandmother). She is nice to everyone and is rarely angry. Those qualities are why she would make a great compassionate service leader. She would make sure sick people have meals and old people get their lawn mowed. But don’t try to help her—she insists she doesn’t need help (even though she might).

Angela’s party planning skills would translate fabulously to planning activities for the Relief Society. However, her stern, perfectionist attitude tends to scare people. Members of her committee learn quickly to fulfill her vision with exactness. Angela would also be the ward cat lady.

Oscar is constantly explaining financial basics to Michael as one of the accountants in The Office. Life would be no different for him as Michael’s executive secretary. It would be Oscar’s input that helps the ward council talk Michael out of his more outlandish ideas. Oscar would also ensure that the ward budget was never exceeded.

We all remember the tragic chili incident of season 5 episode 24. He stayed up all night to make it! Maybe he would have better luck as the guy that always seems to be grilling. He would grill at the ward BBQ and talk to everyone that comes up to get something off the grill—occasionally burning things while he’s not paying attention.

There is always that one guy that always has something a little odd and slightly off topic to share. Whether that be in Sunday School or in testimony meeting, no one ever knows what he is going to say next. That would be Creed. Creed has had some interesting and questionable life experiences that would provide plenty of material for these comments.

Andy Bernard: the guy that sings the hymns too loud

Andy loves to sing and was part of an a cappella group at Cornell. However, he is not particularly good at singing. Andy ultimately embarrasses himself in a televised singing competition. But Andy still loves singing, so you know he would be that guy in the congregation that sings too loudly.

Meredith is an interesting woman. She is a little rough around the edges and a little (okay, very) inappropriate. However, everyone can change, right? That is what the missionaries are hoping for! They are constantly working with Meredith to help her better her life and come unto Christ. Meredith, however, is taking her own sweet time.

Poor Toby; Michael never listens to him. If Toby were the High Councilor, Michael would probably make him speak last during sacrament meeting. Michael would also have himself speak before Toby and take up all the time so that Toby didn’t have time to speak. Not Michael’s finest moment. Poor Toby. He probably has a good message too!

Kelly loves to gossip. She loves to know what is going on in the office and in pop culture. So you know she would be the ward gossip! She would know who was pregnant, have guesses as to who the next bishop is going to be, and be asking everyone if they knew what was going to be announced in general conference.

Ryan is ambitious. He wants to succeed and make a difference. However, he isn’t president material (at least not yet). He is constantly pitching ideas to the Elders Quorum president to help improve ministering, activity attendance, and anything else he can think of. The president tries to guide Ryan and let him try things and also reigns him in when necessary.

Erin would be the cutest primary teacher ever. She is bubbly and kind and she loves helping people. Depending on the age of children she taught, Erin might end up being controlled by them rather than the other way around. However, I think she would still love them all and tell everyone that they are the best class ever.

What do you think? Did I peg them all? Tell me in the comments below!