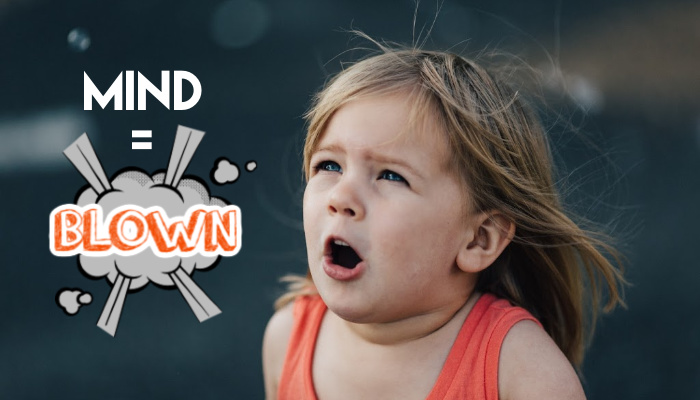 I can’t say exactly what provoked me to write this article. However, I do know that I love to be inspired, and music is typically the fastest track there. I also love finding spiritually-inspiring music that’s not labeled as “church” music.

So. Please enjoy this list of songs that you may or may not have made spiritual connections to.

Needtobreathe is actually a Christian band, so their music is generally played on Christian stations. However, their 2015 release of “Brother,” featuring Gavin Degraw, made it to various Top 40 radio stations such as iHeartRadio.

Take a look at the lyrics:

Brother let me be your shelter

Never leave you all alone

I can be the one you call

Brother let me be your fortress

When the night winds are driving on

Be the one to light the way

I’m sure my friends had no clue what they were actually singing when we blasted this song in the car.

What many Twenty-One Pilots fans who joined during the Blurryface era don’t know is that lead singer Tyler Joseph started out writing Christian songs about God. Much of this is still evident in his most recent lyrics; you just have to listen closely to catch it.

Take his song, “Doubt,” for instance:

Gnawing on the bishops

Claw away at the system

Want the mark He’s made on my skin

To mean something to me again

Hope you haven’t left without me

Hope you haven’t left without me, please

Even when I doubt you

I’m no good without you, no, no

Here, Tyler references the “system” within a church of bishops and patriarchy. The “mark He’s made on my skin” signifies the cross Tyler has tattooed on his left shoulder. He states that he wants it to mean something to him again because he’s been doubtful of God and church in general.

He prays that he will not be “forgotten” when he starts to doubt God.

3. “Nobody” by Selena Gomez

While the previously mentioned artists have not explicitly said their songs are about God, Selena Gomez admitted to it after releasing “Nobody” in 2015.

Her lyrics are as follows:

No oxygen, can barely breathe

I don’t know what it is, but You’ve pulled me in

No one compares, could ever begin

And I wouldn’t want them to

Throughout the entire song, Selena talks about how no one will love her as God does.

This song by The Fray is a little more obvious as it clearly says, “I found God” in the very first line. However, I feel it is one of those songs where a lot of people know the chorus, but that’s about it:

Lying on the floor

Why’d You have to wait?

I used to think this song was about a past lover, or perhaps a parent. When I learned the rest of the lyrics, however, I immediately thought of it as a plea to God.

Listen on YouTube: The Fray – You Found Me (Official Video)

Related: How To Be Found By Christ

5. “Dare You To Move” by Switchfoot

Switchfoot is another one of those bands that is thought of as both Christian and mainstream. I’d never thought of it until recently, but their 2000 hit song, “Dare You to Move” feels like it’s being sung from the perspective of God/Jesus Christ to us:

Maybe redemption has stories to tell

Maybe forgiveness is right where you fell

Where can you run to escape from yourself?

Where you gonna go?

Where you gonna go?

I dare you to lift yourself

To lift yourself up off the floor

Now, this one is more of a stretch because I know it’s about Chris Martin’s (lead singer of Coldplay) wife, Gwenyth Paltrow, who was mourning the death of her father when he wrote it.

Related: Good Grief: How to Support a Grieving Friend

However, if we also look at these lyrics as coming from the perspective of Jesus Christ, it’s extremely powerful:

But high up above or down below

When you are too in love to let it show

Oh but if you never try you’ll never know

Just what you’re worth

Lights will guide you home

And ignite your bones

And I will try to fix you

Okay, okay. I know that YOU know that this song is a religious one. More specifically, even, it is about godly people who have fallen from grace. HOWEVER, did you know that Leonard Cohen actually wrote an extra verse? He wrote several, in fact, but I heard this one at a concert a few weeks ago, and it really resonated with me:

Did my best, it wasn’t much

I couldn’t feel, so I tried to touch

I’ve told the truth, I didn’t come to fool you

It all went wrong

I’ll stand before the Lord of Song

With nothing on my tongue but Hallelujah

This whole time I’ve been thinking that “Hallelujah” is such a sad song, but when you add the extra verse, it resolves itself. True, we all fall far from God at certain times in our lives, but there is still good reason to sing His praises.

What do you think?

Can you think of another popular song that should be on this list? I’d love to see your ideas! Comment below 🙂