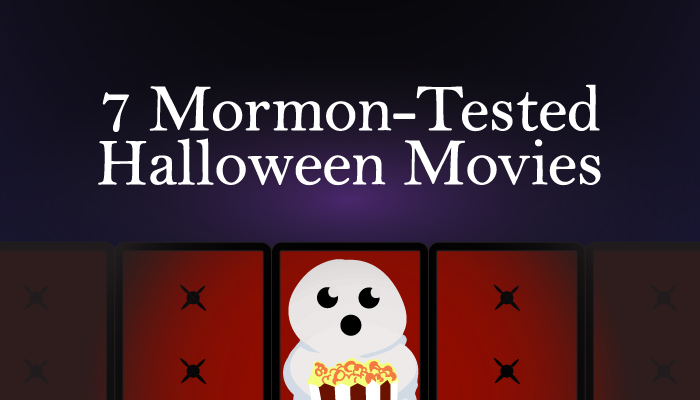 Leaves are falling, the temperature’s dropping, and with the daylight hours waning, let’s face it: we’re all looking for more reasons to stay inside. Fortunately, with Halloween on the not-so-distant horizon, those of us who have retired our plastic pumpkin buckets now have the time for more adult pastimes. Specifically, scaring ourselves silly.

Unfortunately, most scary movies offer cheap thrills, copious amounts of gore, and overtly sexual content. Finding a horror movie that is truly terrifying and not a bloody mess of jump-scares can be a tiring task — but it doesn’t have to be. With services like VidAngel, you can pick and choose what you view. Of course, with some horror films, that means you might be missing a large portion of the film.

There are great horror films out there that need little to no censoring for even the most faint-hearted of viewers. The following are a few terrifying features that are sure to scare you into staying home, without scaring the spirit into the streets.

Disclaimer: The movies listed below are frightening; most contain grotesque images, depictions of death, and chilling scenes. As always, viewer discretion is advised.

We’ll start off real tame with the 90’s film adaptation of Roald Dahl’s “The Witches”  — also known as the movie that scared seven-year-old me into thinking being trapped in a painting was an actual possibility. “The Witches” features an eerie performance by Anjelica Huston, latex masks of human faces, and children being turned into mice. The movie centers around a young boy who discovers a convention of witches has gathered at his hotel and sets out to stop them.

Watch out for: Some extremely disturbing images such as frothing deformed rats, grotesque witch faces, and some implied sexual content.

This 2001 fantasy/thriller is packed with enough tension and paranoia to keep you indoors for days — or at least for the rest of the night. The movie focuses on the happenings inside a quiet house on a lonely island inhabited by a woman named Grace and her two children. For medical reasons, the children cannot be exposed to sunlight. Strange events lead Grace to consider that they might not be alone in their home.

Watch out for: No blood, no gore, but plenty of chilling scenes and blood-curdling screams.

The 1999 release by director M. Night Shyamalan is best known for the iconic line, “I see dead people.” A child psychologist sets out to help a young boy struggling with his supernatural abilities. As their relationship progresses, it becomes obvious things aren’t exactly as they seem.

Watch out for: Dead people of all sorts: hanging, bludgeoned, burnt, and wounded.

A little bit old school, but still rife with tension, this 1967 classic features Audrey Hepburn in her prime and one of the most intense endings in cinematic history. This film proves that you don’t need copious amounts of violence and gore to strike terror into the hearts of an audience.

Watch out for: Multiple deaths (not graphic), smoking (it was the 1960’s), and a heroin filled doll.

Master of Suspense, Alfred Hitchcock’s “The Birds” taps into the deep-seated fear of birds you never knew you had. The trademark Hithcock-ian uneasiness that permeates each and every scene in “The Birds” is matched only by the terror felt at the bat of each wing during the feathered frenzy of the attack scenes. Performances by Tippi Hedren and Rod Taylor make this film a must-see.

Watch out for: No sex, no drugs, very little profanity, but a substantial amount of pecking inflicted gore.
Ideal for: ages 14+

Another one of Hitchcock’s masterpieces to top of the list, Rear Window follows the story of a photojournalist with a broken leg who entertains himself by watching his neighbors through his window while he recovers. The movie takes a dark turn when he witnesses what he believes to be a murder. Rear Window toys with the lines of voyeurism, cabin fever, and the dangers of knowing more than you should.

Watch out for: some minor sexual content, a few frightening scenes, but overall no gore, no violence.