Students at Brigham Young University have created a new virtual reality video game which puts the lives of all adults in the hands of the world’s teenagers.

In the game DUST, all of the planet’s adults are knocked unconscious from dust clouds, encouraging teenage players to apply scientific principles to save their parents’ lives.

School districts across the nation will be implementing the online game into their curriculum and students will need to use websites, mobile apps, and social media to solve the game’s mystery. Derek Hansen, a professor of information technology at BYU, explains that the game cannot be solved by one player alone but that it is played as a community with each player submitting possible solutions.

Hansen, who came up with the idea for the game, told Deseret News,

This game is a way to really help players think of themselves as scientists and also help them to recognize that doing science can be fun.

As the players attempt to reveal why all of the adults became unconscious following a meteor shower, the players will be utilizing technologies that are often viewed as distractions and transform them into tools for learning. Todd Hollingshead with BYU reports that the goal of the online game is to get teenagers engaged in learning the STEM subjects—science, technology, engineering and math.

Players can register online through their school or on their own to begin playing the game and applying their skills and knowledge to propose solutions and ultimately discover why their parents passed out.

More than 40 BYU students from various majors teamed up with members of the faculty to work with NASA scientists and students from the University of Maryland to create and educational alternate universe. DUST takes players through a story told over the span of six weeks, where they will receive new revelations and leads via email to help them solve the mystery. Teachers and educators can also track the progress of their students online.

Teenagers and other gamers can enter this fictional world beginning on Monday, January 26, 2015, when the university students officially launch DUST. 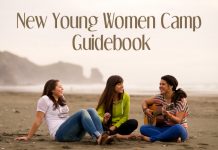