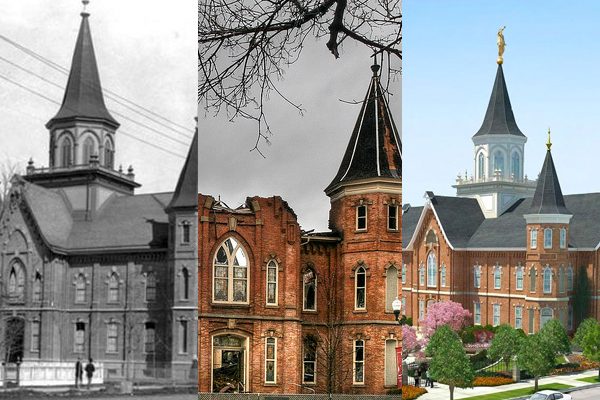 Almost a full three years and six months has passed since the Provo Tabernacle went up in flames. On December 17, 2010, on-lookers watched, helpless, as the historic Mormon building burned to the ground. Emergency crews received a four-alarm call at 2:43 in the morning and spent hours fighting the flames. Later, crews declared that it was beyond saving, and only a shell of one of Provo’s most iconic buildings remained.

Since 1898, members of the community have enjoyed attending various events held at this Provo icon, as it has housed concerts, graduations, plays, funerals, and church meetings. In 2010, Deseret News reported on the devastation felt throughout the community quoting Provo Mayor, John R. Curtis, saying:

“We’re all really devastated…Everyone in Provo has significant memories of concerts, plays, church meetings. It’s an extremely vital part of my community. It’s really a fabric of the community.”

It wasn’t until 10 months later that the community received some uplifting news. President Thomas S. Monson, prophet of The Church of Jesus Christ of Latter-day Saints, announced in Ocotber 2011 that the charred tabernacle is to be rebuilt and dedicated as the Provo City Center Temple, a Mormon temple.

Since President Monson’s announcement, construction crews have been steadily progressing in the building of this new temple. Written and visual updates are available on LDSChurchTemples.com. The Church anticipates crews completing the Provo City Center Temple by late 2015.

Watch the video below to see the transformation of the building from Provo Tabernacle to Mormon Temple.