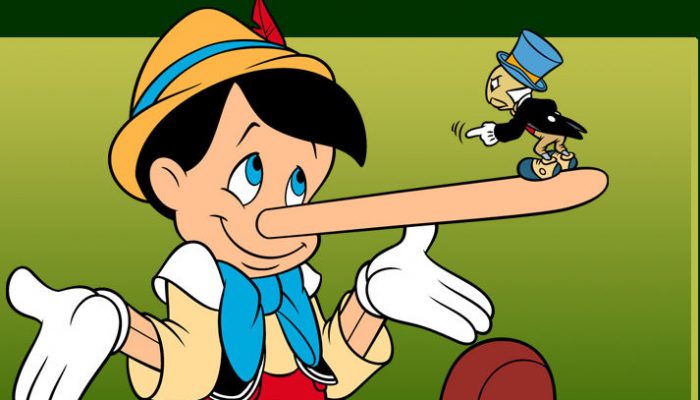 I’m a cynical introvert, which means that what my natural man really wants to do right now is sit on my couch and snicker inwardly over the irony of picking a day to celebrate verity and transparency at the end of the month that starts with a celebration of the wanton and intentional deception of gullible people.

But since my well of “Who on Earth decides these unofficial holidays?” and “Well done, America—you’re unofficially 1/365 committed to being honest” jokes is drying up faster than a puddle on the sun, and now I’m reduced to making astronomy metaphors, I’m going to be genuine here.

Because it’s Honesty Day and all.

I find that when it comes to honesty—and integrity, and transparency, and the whole host of related virtues—we humans are often far more interested in how well everyone else is doing than we are with how we ourselves are holding up to the same level of scrutiny.

That’s because we’re all most likely failing miserably.

According to some fairly renowned scholars in the field of human social psychology, deception is part of our genetically coded survival instinct—in a social context, this emerges in the form of the “presenting self” we try to display for the benefit of others. This sort of thing often happens unconsciously, without us even realizing it.

I only have to say two words to provide a valid real-life case study—Social Media.

There are two reasons that recognizing the reality of our own deceptions should be of paramount interest to both Latter-day Saints (“Mormons”) and those of any Christian faith.

First, because when it comes to “bearing false witness” about ourselves and others, we have all fallen short of the standard we seek to live by. Whenever we have contributed gossip without knowing all the facts (and brothers and sisters, gossip never knows all the facts), whenever we have placed “fitting in” to the society and culture of our congregation above following the example of our Savior to abstain from such things, we have deceived.

Second, because while our outward deceptions can cause others hurt that may last as long as a few months or several years, inwardly we ourselves—the deceivers—are eternally wounded. At the heart of every lie we tell to someone else is a larger lie we’ve told to ourselves—and far more damaging to the soul than the lies about us told by others are the lies we’ve told ourselves, and chosen to believe.

We present false social images to others—an outward lie—because we first believed the lie we told ourselves when we thought, “I am not good enough for them.”

We avoid the awkwardness of transparency and honesty with family members, significant others, exes and especially less-attractive members of the opposite sex because we first believed the lie we told ourselves when we thought, “They are not good enough for me.”

We avoid personal accountability and flee from integrity because we first believed the lie we told ourselves when we thought, “I am not good enough for God.”

At the root of all deception, I am convinced, lies self-deception.

In the greatest of ironies, we have spent billions attempting to puzzle out some science in detecting lies from others and virtually ignored the far more difficult practice of detecting deception from within ourselves.

May I suggest that no matter what our religious or personal creed, in matters of honesty, cleansing the inward vessel will always precede consistent outward honesty and integrity. Our ability to be honest and transparent with others—particularly within the relationships we value the most—is built first on a personal inward foundation of honesty with ourselves and with God.

I sincerely hope that none of this causes us to think less of ourselves—because that would be just another lie. What I hope is that we’ll take a hard look in the mirror and take account of all the things we do and say, because we’ve been less than honest with ourselves.

Once we’ve set that record straight, I think we’ll be surprised at how quickly the lens through which we see life—and others—becomes crystal in its clarity. 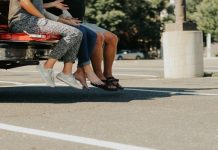 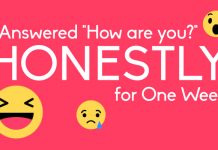 I Answered “How are you?” Honestly for One Week 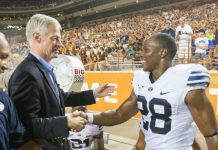