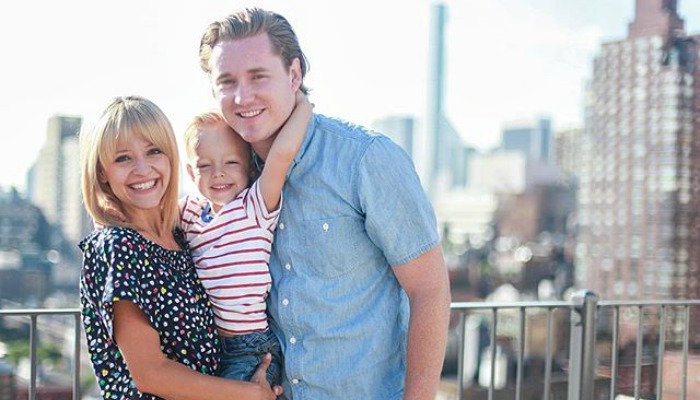 Holding your sweet newborn’s hand as he struggles to survive. Seemingly endless nights in the NICU. Hours crying, wondering whether your baby will make it. And finally, the all-encompassing, soul-shattering grief you feel when your little guy breathes his last breath.

It all sounds like a nightmare, but that nightmare is all too real for many mothers. It’s certainly a reality that Kelsey Nixon and her family understand.

BYU-Grad and member of The Church of Jesus Christ of Latter-day Saints Kelsey Nixon came to national fame when she was one of the final four contestants for “Food Network Star.” Her career afterward took off in a full-on sprint as she landed her own show on the Cooking Channel; a show that has been on television for six years now. Nixon has had her share of fame and fortune, achieving a career and celebrity-status that others only dream of — yet that didn’t mean everything to Nixon.

What else did Nixon yearn for? Family.

Nixon and her husband Robby Egan rejoiced at the idea of building a family, and were understandably overjoyed when they became pregnant with their first child, Oliver. However, when Oliver was born at 28 weeks — an entire 12 weeks early — it was a great cause of concern for the couple. Thankfully, after nearly two months in the NICU, Oliver pulled through and now, years later, Nixon reports on the Rachael Ray Show that he is “developmentally caught up and just thriving.”

Unfortunately, though the story of their second son has the same beginning, it has a different ending.

Nixon and her husband became pregnant with their second child, Leo, a couple of years ago. Leo was born 15 weeks early, weighing less than 1 lbs. A fighter, Leo fought to hold on. Yet his body couldn’t support itself, and after 30 days, Leo returned to his Father in Heaven, leaving a heartbroken but faithful family behind.

Despite the fact that it’s “something [they’re still] dealing with,” Nixon shares that she and her husband did not lose hope. They wanted another child, but because of Nixon’s last two pregnancies, doctors suggested that pregnancy may not be the best option for Nixon’s family. And after weighing their choices, they decided their doctors were right.

So they went with another option: gestational surrogacy.

With gestational surrogacy, the baby will genetically be Nixon and her husband’s. The only difference from regular pregnancy is that this baby (a little girl) will be carried by another woman; in this case, Robby’s sister.

Nixon says that they “couldn’t be more grateful,” but she admits that emotionally, she has been “all over the place.”

“We experience feelings of just absolute gratitude. We’re so grateful that she’s doing this incredible thing for our family. And then I experience a lot of stress as well; I worry that I won’t feel connected to the baby,” Nixon says. She also discusses being nervous to buy things for the baby because “[she] did that once and no baby came home.”

In August via her blog, Nixon revealed that she and her family were expecting a baby girl. She expressed feeling “cautiously optimistic,” and seems to continue to feel that way. But in spite of their fears, Nixon writes on her blog that her family continues to press forward, waiting for the day when they can hold their baby girl — and hoping that others can feel that same joy.

“My heart aches for those who are desperately trying to start a family or grow their family. I have gained so much respect for those who literally fight to get their families here in many different ways. My hope is that by sharing our story, we can offer a glimmer of hope that the outcome can be a happy one (fingers crossed),” Nixon records.