Buzz The Stone Rolls Forth: The Church Officially Recognized in Vietnam 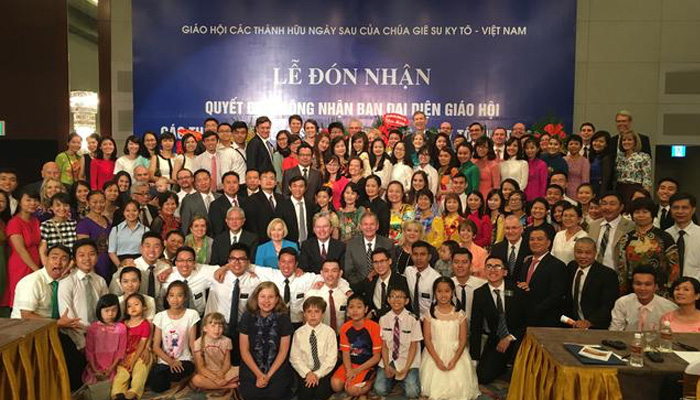 He continued to say, “Many years ago, President Gordon B. Hinckley, accompanied by Elder Marion D. Hanks, pronounced an important blessing for Vietnam and its people. Elder Hinckley later spoke of ‘a silver thread, small, but radiant with hope,’ and ‘his certain faith’ in anticipation of this day.”

The ceremony on the 31st marks another important day in Vietnamese church history. Two years ago, local leaders were recognized by the Vietnamese government as representatives of the Church in the country, and earlier this year, the Church announced that they would open the Vietnam Hanoi mission.

This recognition will allow the Church to further organize and expand within the country.