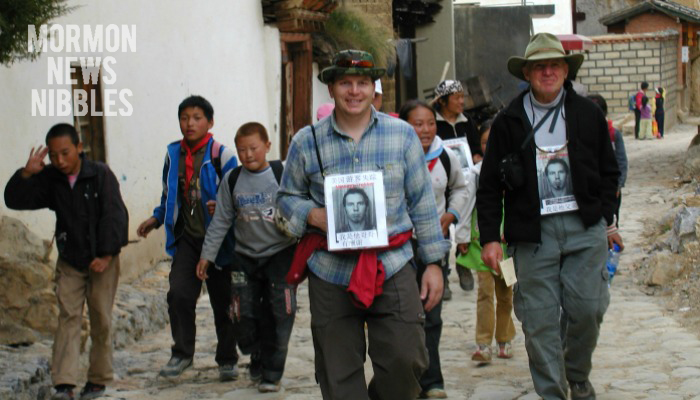 A 2012 interview from Trump’s campaign manager found it’s way to the spotlight this week, much to the dismay of the campaign, which has been struggling to secure the usually red state this election. Mormon voters already on edge about the prospect of electing someone whose conservative ideals, Christian values, and overall morality are questionable. Comments like these only hurt Trump’s chances for winning the state:

“Mitt Romney goes to the Republican convention, gives his acceptance speech, people give him a standing ovation, and he doesn’t have the common decency to say one thing about our troops fighting in Afghanistan? This is a guy who avoided military duty in Vietnam; who has five sons who look like movie stars who have not served their country one day. Oh, but by the way all of them did their two years of Mormon missionary service — every one of them.”

The comment prompted a response not only from presidential hopeful Evan McMullin, who referred to Bannon as “a thug… who profits from racism, anti-Semitism and religious bigotry,” but also from the Utah Democratic Party.

“Stephen Bannon’s comments are abhorrent, and I condemn them in the strongest possible terms,” Utah Democratic Party Executive Director Lauren Littlefield said. “”That he’d be willing to slam any Mormon’s missionary service at any point in time just to score cheap political points is flat-out wrong and sets a dangerous precedent.”

The full interview can be heard here.

When Latter-day Saint and BYU grad, David Sneddon, went missing 12 years ago in the Yunnan Province of China, Chinese officials reported he most likely died hiking. Today, a recent Japanese news article reveals Sneddon might have been alive this whole time. Sneddon is believed to have been abducted by the North Korean government and used as an English tutor for the North Korean elite.

For Sneddon’s parents, this information comes as no surprise.

Sneddon’s father told KUTV that the recent article only “strengthens the contention that what we have said from the beginning about David being in North Korea was in fact correct.”

The family hopes this information will provide the pressure needed to encourage Congress and the U.S. State Department to retrieve their son.

Zafer Dur, a Turkish prosecutor investigating the Fethullah Gülen movement name dropped the Mormon Church when making claims about the Gülen movement’s international ties. Dur stated that the Church and the Gülenists — the group accused of staging the recently failed coup in Turkey — share similar structure since both groups were founded by U.S. Intelligence.

Dur’s claim comes as news to members of The Church of Jesus Christ of Latter-day Saints, which was founded 100 years before the CIA came into existence (FYI Zafer).

IRC Thanks LDS Church for its Support

Earlier this week, Bishop W. Christopher Waddell of the LDS Church presented the International Rescue Committee (IRC) with a $750,000 to support refugee resettlement. The IRC voiced their gratitude in the following press release:

We appreciate the long-standing and steadfast support that IRC has received from the LDS community. Each and every time the church calls on members to help refugees around the world, resettlement agencies across the country experience an outpouring of support. From car and furniture donations, to volunteering, mentoring, and friendship, the LDS community has been an invaluable partner in assisting the IRC to help newly arriving refugees adjust to life in the US.We are incredibly grateful to LDS for their continued support to IRC and the refugees we serve.

The donation will be used to aid refugees in 29 cities across the United States.

The Church has also donated more than $1.25 million in aid to Catholic refugee efforts.

“Together, as people of faith, we know that refugees desperately need our help – and this generosity allows us to serve many more,” said Bishop Eusebio Elizondo, chairman of the U.S. bishops’ Committee on Migration.