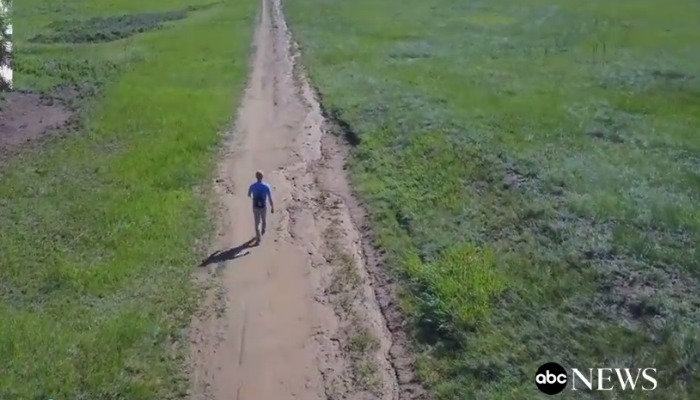 Michael Baker, 23, of Colorado Springs, was inspired to create the illusion of walking hundreds of miles to propose to Tracie Wyson after he got the song “I’m Gonna Be (500 Miles)” by The Proclaimers stuck in his head.

He created the music video using a GoPro camera and a drone. ABC News thought it was a great story.

Baker, who said he was known in high school for his elaborate prom and homecoming proposals, covered more than 150 miles filming the video over the course of one day with his dad.

Harland Baker filmed his son doing everything from walking into a lake to climbing Pike’s Peak in the Rocky Mountains. Baker spent the next day and a half editing the video himself before flying to Utah, where Wyson lives, with his mom and dad.