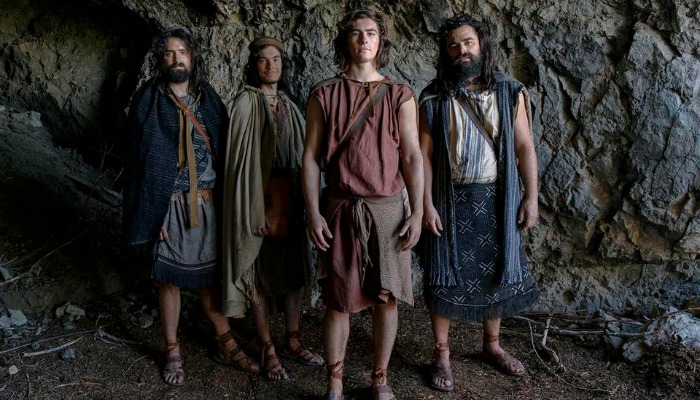 “I have a vision of artists putting into film, drama, literature, music, and paintings great themes and great characters from the Book of Mormon.”

At the 2018 Book of Mormon Central Conference, Rob Jex of the LDS Church Priesthood and Family Department delivered a presentation on the current filming and future release of the Church’s Book of Mormon videos.

Attendees of the BMC Conference got an insiders’ glimpse of never-before-seen pictures and a pre-released trailer that will be released on Mormon Newsroom in May. The trailer dates the first video release on September 21st, 2018. This will mark the beginning of a season of 8 10-20 minute episodes covering 1 Nephi 1-18.

First-season episodes will include:

Brother Jex reported that the films will cover 40-60 important scenes and about 60% of the book. The script and spirit of these videos will strive to align themselves as closely as possible to the text.

Just like The Life of Jesus Christ Bible videos, the Book of Mormon videos will bring to life the sacred stories of a beloved book of scripture. This will be an extensive project lasting an estimated 6 years.
One main purpose of the videos is to flood the internet with positive and accurate information about the Book of Mormon. Brother Jex noted that the top 7 search results on YouTube for the Book of Mormon currently generate The Book of Mormon Musical clips instead of Church-approved videos. The Book of Mormon videos will have their own YouTube channel as well as channels on Mormon.org and LDS.org.
The Church also aims to generate interest in studying the Book of Mormon, increasing audiences’ understanding and application of doctrinal principles and context, and strengthening faith in Jesus Christ.
Filming began in June 2017 near the Church’s Jerusalem movie set in Goshen, Utah, with a cast of six directors, 75 crew members, and tech experts. You can watch a video of the production footage below:
The Church showed production footage to a select audience to generate their reactions. Overall, audience reactions were highly positive, especially that of Mormon adults, children, converts, and missionaries.
Prospective locations for future seasons may be anywhere in either North and South America. The visualization of these events will be consistent with the Church’s expressed location-neutral position on Book of Mormon geography. Film producers will be working with General Authorities, the Church Correlation department, and the latest scholarship to make sure that these are as accurate as possible.
Current and future cast members will also be cast from all parts of the Americas, including a range of races and ethnic backgrounds.
The filming will provide a resource of stock footage, which can then be repurposed and reused in many ways. This will include 60 10-20 minute episodes, 180 3-5 minute teaching segments for church meetings and CES classes, and hundreds of beautiful and authentic-looking photos.
Videos will first be released in English and then be translated into multiple languages to reach various audiences around the world.
Church leaders encourage all members to watch them, engage them, and share them with friends and family on social media.