Buzz Your Brain On Religion; Ancestry.com Unites Mom and Daughter; and More! 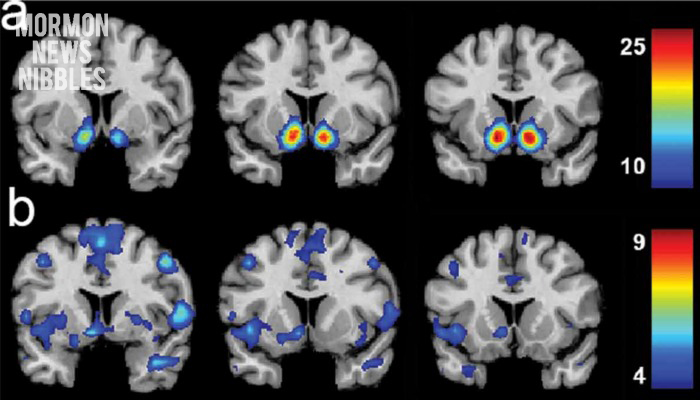 When Marian Lamb submitted her DNA sample to ancestry.com, she expected the results to reveal her heritage — not the identity of her birth mother.

“I guess I was naive, but I honestly had no idea that Ancestry used their database to identify genetic matches,” Marian Lamb shared with LDS Living. “So you can imagine my shock when I reviewed my DNA results and saw that matches had been made to my DNA. Specifically, I read the exact words ‘Tanga Andersen is your mother.'”

The 62-year-old adoptee had promised herself years ago that she would never seek out her birth parents out of respect for their privacy. But with the coming to light of this information, Lamb decided to write to Andersen.

82-year-old Latter-day Saint Tanga Rebecca Andersen had nearly given up hope on the prospect of finding the daughter she’d given up 62-years ago when she received Lamb’s letter:

I’m writing because I recently joined ancestry.com. My genetic analysis identified you as a match with me suggesting you may be my mother.

I am a 62-year-old woman who was adopted at birth . . . When I joined Ancestry it was out of curiosity about my ethnic makeup. I never expected to have someone identified as possibly being a biological parent. I have always respected the privacy of my biological parents and have never wanted to intrude or disrupt their lives.

But now with this information which has come to me, I am wondering if it is true you could be my mother and that perhaps you have been looking for me. . . .

The news couldn’t have come at a better time for Andersen. After losing her husband in May, and with no nearby relatives, she was about to endure her first holiday without family.

“It’s just beyond a miracle for the two of us. I never thought it would happen on this side of the veil,” Andersen says.

“I didn’t pray specifically for contact with [Marian], but I have offered Him my life and have wanted to be of service and I do the best I can for 82. I do believe He rewards you when you do the best you can and whatever you can for your brothers and sisters.”

With the loss of both her adopted parents, Lamb couldn’t be more thrilled by the budding maternal relationship.

“[This experience has] changed my life forever. I could not ask for a kinder, more open-hearted person with whom to share this experience. We quickly developed an easy comfort with each other in this very unusual experience we are sharing, ” Lamb commented.

Though she doesn’t identify with any particular religion, Lamb “recognize[s] that finding my birth mother at age 62 when I was expecting to never have that experience is truly a miracle.”

The pair will meet for the first time on December 13 to celebrate the holidays together. 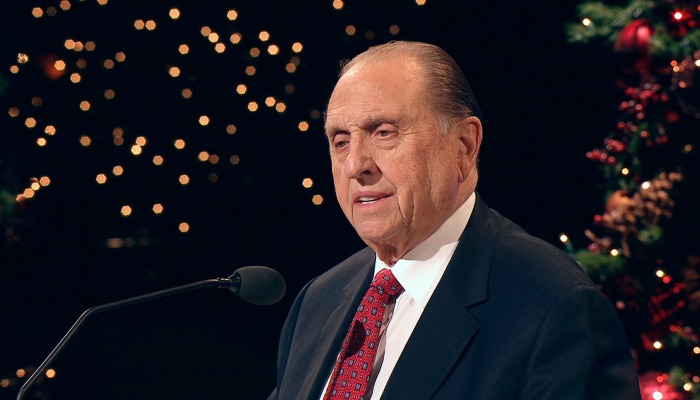 The First Presidency of The Church of Jesus Christ of Latter-day Saints invites members and friends to mark Sunday, December 4, 2016, at 6:00 p.m. and take part in the annual Christmas devotional.

Music will be provided by the Mormon Tabernacle Choir and Orchestra at Temple Square. The program will feature Christmas messages from General Authorities and General Officers of the Church.

You can stream the broadcast live at:

A structure in the brain called the nucleus accumbens is responsible for nearly every pleasurable sensation: sex, drugs, being loved, listening to music, and according to recent findings, feeling the Spirit. Researchers at the University of Utah have connected LDS spiritual experience to the reward and pleasure centers of the brain.

The study, published in the journal Social Neuroscience, analyzed the neural activity of 19 faithful Latter-day Saints using a functional MRI machine. Subjects were asked to participate in a variety of activities including praying for 6 minutes, watching church announcements and financial reports, viewing religious paintings, and listening to other church members bear testimonies. Participants indicated to researchers whenever they felt the Spirit.

“These are areas of the brain that seem like they should be involved in religious and spiritual experience. But yet, religious neuroscience is such a young field — and there are very few studies — and ours was the first study that showed activation of the nucleus accumbens, an area of the brain that processes reward,” said Dr. Jeffrey Anderson, a neuroradiologist at the University of Utah and lead author of the study.

Because the study used only LDS subjects, Anderson believes more research on the subject is necessary.

“Billions of people make important decisions in life based on spiritual and religious feelings and experiences. It’s one of the most powerful influences on our social behavior,” he said. “Yet we know so little about what actually happens in the brain during these experiences. It’s just a critical question that needs more study.”
Read more at CNN.