For the past few years, each picture or headline promising the soon-to-arrive Book of Mormon videos has only served to whet our scripture-loving appetites. We knew they were coming, but no one knew when — but that’s no longer the case. We now know exactly when they’re coming.

The first video in this multi-year production will drop on September 20th.

What to Expect: Episodes

As mentioned in a previous article, the Book of Mormon videos aren’t clips like the Bible videos, but episodes. The films’ producer Jaelan Petrie says the videos were created in a “Netflix format.”

“The Bible videos were very much a 1:1, meaning that whatever you saw on the pages of the script, we wanted to be very similar to what was in the Bible,” Petrie said. “The Book of Mormon videos are a little bit more story-driven in a sense. Not completely, because whether you read the Book of Mormon or watch these, you’re going to have a very similar experience — but we wanted these to be in a little bit more of a Netflix format. That way, when you watch an episode, you’re kind of having an emotional experience along with a doctrinal experience. We really hope this extends the Book of Mormon’s reach a lot further; that people will sit down and watch the videos and have a wonderful experience, especially with the Spirit. The purpose is really to invite the Spirit into your life so that your relationship with the Savior will grow.”

The videos themselves will drop week by week (translation: no immediate binging will be possible!) in chronological order, with the first season revolving around Lehi and Nephi’s family.

What to Expect: Purpose 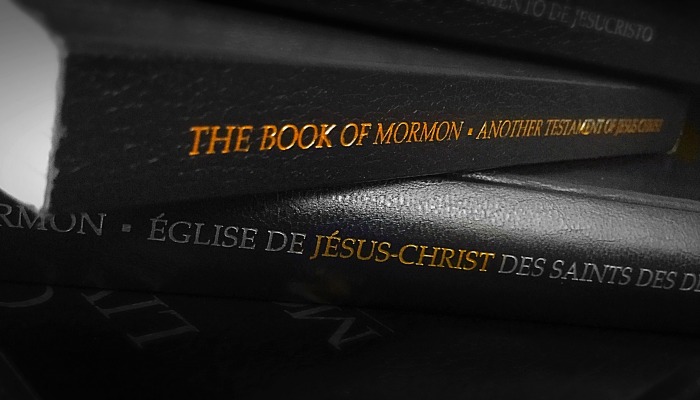 “It was interesting because when we started this project, Elder Christofferson of the Quorum of the Twelve spoke to all of us and he explained the rationale for the project, which was to help with literacy,” said the videos’ director Adam Anderegg. “Then he defined literacy, and as we’ve gone through the project, we’ve started to realize that means something a little different than we originally thought. Literacy as we understand it is being able to understand when you read, or being able to actually read. What’s happened as we’ve done this project — and it’s happened to all of us on the crew — is the understanding that there is spiritual literacy as well.”

“[The video’s] not really a derivative of the Book of Mormon; it’s a visualization of it,” Anderegg said.

While the videos will certainly help with literacy — both in terms of reading and spiritual literacy — their goal is also to point people toward reading or listening to the Book of Mormon.

“The videos will hopefully help us have the desire to read the Book of Mormon,” said Sister Reyna I. Aburto, the second counselor in the General Relief Society presidency, “because these are only snippets. Hopefully, people will be able to feel the Spirit and then go to the book to get the whole story—but most of all to learn more about Jesus Christ: about His pure doctrine and His gospel, and how we can participate in it. That’s the main point: to bring people to Christ and to bring His message to more people. It testifies of Him and shares His teachings, and that’s something that the whole world needs.”

What to Expect: Family Relationships and Women

One major role of the Book of Mormon videos is to recognize the importance of family in Christ’s plan — and show that all families have struggles but can turn to Christ in the midst of hardship.

“The directors and screenwriters have done such a good job in including the families and the women, because they were a huge part of the Book of Mormon,” said Sister Aburto. “They were in the middle of it, and we’re going to be able to see that. Even with Laman and Lemuel and their families! Sometimes we feel that Laman and Lemuel were rebellious 24 hours a day, but they weren’t like that. They were human beings, and we’re able to see them hugging their mother, playing, laughing, and having that part of them that was also soft.”

Related: “All My Life Lessons, I Learned from Laman and Lemuel”

The presence of women is also an important aspect of the videos — so important that many women looked at the scripts and the videos to ensure that women were given an essential role.

“I wanted to make sure that women were portrayed in a way that was dignified, natural, and realistic,” said Sister Aburto. “One of [our responsibilities] is to look over the scripts. We receive the drafts of the scripts, and then we go over them. We study them with the scriptures to make sure that they correspond, and that the added dialogue — because some dialogue has to be added in order to help with the story — doesn’t deviate from the message. I shared many of the scripts with the other women in the presidency to ask them for their input, and the videos were shown in their early stages in different parts of the world. We had different focus groups [comprised of] members and non-members, and they gave their input. This has been done in a very careful way.”

One thing is sure: these videos have been well-thought-out, well-planned, and they’re certainly well-done. In a word, they’re going to be — as the kids say — LIT. ?