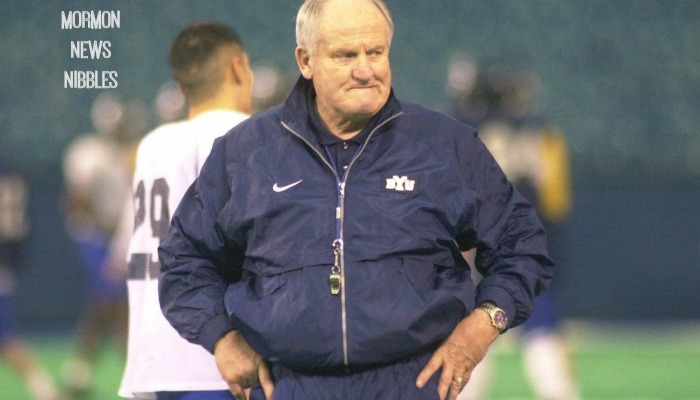 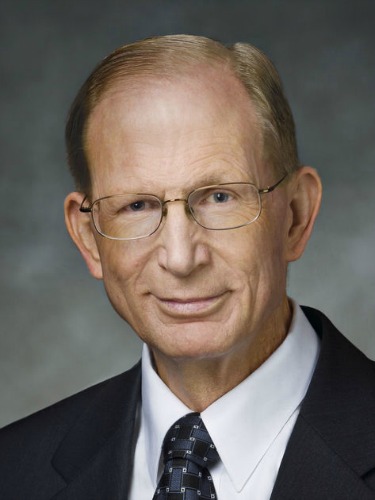 After a long battle with kidney disease and the development of a pulmonary infection over the past few weeks , LDS General Authority Elder Bruce D. Porter passed on. Elder Porter served as President of the East Europe area until early December, when he was reassigned to the Salt Lake City Area.

Born in Albuquerque New, Mexico in September of 1952, Bruce Porter married Susan Holland 25 years later. He studied political science at the prestigious Harvard University and went on to become a professor at BYU, before entering into full-time Church service.

“We are profoundly grateful for the valiant service he offered to the very end of his life,” church spokesman Eric Hawkins said Thursday in a news release. “He will be greatly missed.”

After 257 wins, 29 seasons, and 86 years, former BYU Football coach, LaVell Edwards moved on to that big field in the sky. Under his guidance, the BYU cougars won or shared 20 conference titles, went to 22 bowl games — wining seven — and were named the 1984 national champions.

“LaVell’s greatness was in the way he took care of his players and assistant coaches,” former BYU offensive coordinator Norm Chow, who worked under Edwards for 26 seasons in Provo, told the Salt Lake Tribune, “He loved them, simple as that. … He wasn’t a scheme guy. He left that up to the rest of us. He was a guy who took care of the program and everybody in it.”

Edwards’ BYU success earned him a top 10 ranking among coaches in NCAA Football Bowl Subdivision history, but the nationally lauded Football coaching icon came from much humbler beginnings. Raised on the an Orem dairy farm and orchard, Edward’s lived quietly among his 13 siblings before revolutionizing college football with a wide-open offensive approach and an emphasis on the passing game.

“He didn’t invent the passing game, but it was LaVell who really brought it into college football in a big way,” said former BYU offensive lineman Trevor Matich, now an ESPN college football analyst. “He was truly an innovator, but he did it out of necessity. He needed to maximize the [limited] talent that he had.” 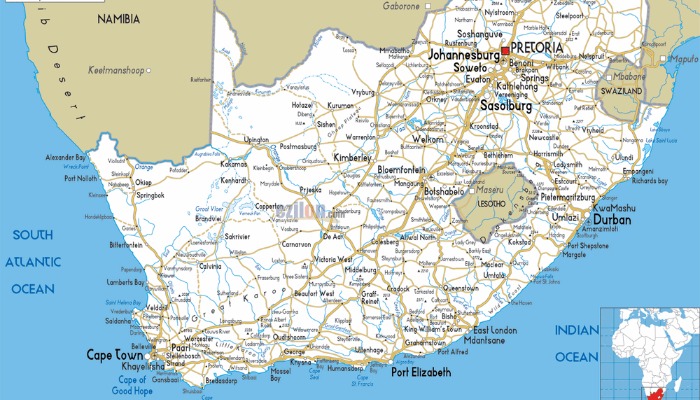 Elder Nofo-I-Lelenga Latu, 19, a full-time missionary serving in the South Africa Johannesburg Mission, died after a car accident on Dec. 23. Elder Latu was traveling with three other injuries at the time of the accident; they are now being treated for minor injuries.

The Church has not yet released details about the circumstances of the accident.

“We are deeply saddened to share news of the death of Elder Nofo-I-Lelenga Latu,” said Church spokesman Eric Hawkins.

“We pray for the family and loved ones of Elder Latu. May they be comforted and sustained in their time of mourning and loss.”

Elder Latu, from the Auckland New Zealand Tamaki Stake, Clover Park Ward, is the forth young, full-time missionary to die in 2016.

On January 20th, the United States will swear in its next president, but will the fanfare of this inauguration match those of inaugurations past?The Trump campaign has experienced some bumps and bruises finding A-List artists to headline his inauguration. However, the President-elect has managed to secure the the world renowned Mormon Tabernacle Choir to perform at the event — but not without hesitation, resignation, and scorn.

The announcement that the world-renowned LDS choir would be singing for President-to-be Donald Trump caused a media frenzy and even prompted a Change.org campaign which has amassed near 35,000 signatures. The petition calls for the immediate reversal of the decision to perform, claiming that MoTab’s appearance may be considered an endorsement and would misrepresent the Church’s values.

Choir members who had concerns about Trump or his presidency could opt not to enter their names into the lottery that determines who performs. But for one member, simply opting out wasn’t enough.

“Since ‘the announcement,’ I have spent several sleepless nights and days in turmoil and agony. I have reflected carefully on both sides of the issue, prayed a lot, talked with family and friends, and searched my soul,” Jan Chamberlin wrote in a resignation letter to the choir president and choir members according to the Salt Lake Tribune. “I’ve tried to tell myself that by not going to the inauguration, that I would be able to stay in choir for all the other good reasons. I’ve tried to tell myself that it will be all right and that I can continue in good conscience before God and man.”

Chamberlin scorned the “fascist” nature of Trump’s actions and compared the President-elect to Hitler, stating, “I only know I could never ‘throw roses to Hitler.’ And I certainly could never sing for him.”

For the Mormon Tabernacle Choir, however, the performance is not a matter of politics, but of patriotism. Having performed for presidents on either side of the party-line, the Choir has chosen to continue its longstanding tradition of supporting “freedom, civility, and the peaceful transition of power.”