Buzz LDS News Does the Government Own Your Artistic Talents? 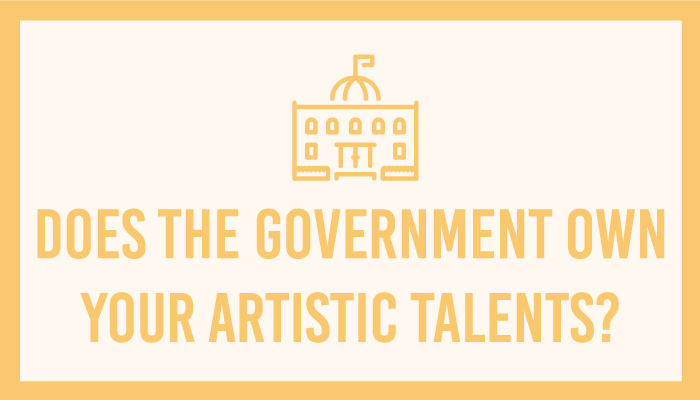 A custom-cake designer turned down a commission to help celebrate a same-sex wedding. The state of Colorado sued him claiming this amounted to sexual-orientation discrimination.

The baker and designer, Jack Phillips, took the case, Masterpiece Cakeshop, Ltd v. Colorado Civil Rights Commission, to the Supreme Court. He believes he cannot be coerced into taking a commission because of his first amendment right to “freedom of speech.”

This article is part three in a five-part series examining the many different questions the case presents. This article asks whether making a custom-designed cake should be protected by the first amendment.

This article looks at three questions:

For Phillips to prove that his free speech protects him from Colorado’s anti-discrimination ordinance, he must get the answer he wants on all three questions.

Does a Cake Qualify as Free Speech?

To many this question is absurd. Obviously making a cake and speaking are very different things.

The Supreme Court, however, has found that many things that may not at first seem like speech are protected such as abstract art, a license plate, a utility bill, a wristband, and burning the flag.

The Colorado attorneys trying to prosecute Phillips agree. They concede they would also prosecute “a fine art painter” who makes “oil paintings on commission” in the same circumstance. Since there’s no question that art qualifies as free speech, Colorado is essentially conceding that a cake qualifies, because they want to focus their argument on the other two questions.

“Baking a Cake is Just Like Cooking a Hamburger”

But many who aren’t as familiar with the Supreme Court’s history about free speech, are not so anxious to move on. They compare making a custom cake to other food products and conclude that if you have to serve LGBT+ individuals in a restaurant, then you have to serve them a cake.

There are of course many differences between a specially-designed, made-to-order, highly symbolic wedding cake, and a Big Mac. But are those differences legally important?

The Supreme Court has a test to determine whether something qualifies as speech under the first amendment. This is called the Spence–Johnson test.

An act is protected as free speech if:

Does a Wedding Cake Communicate?

In this case, it’s clear that Phillips believes the wedding cake would communicate he believed same-sex marriage to be legitimate. So the first question isn’t controversial. But would other people understand that specific message?

When you see this, what do you think of (roll over): 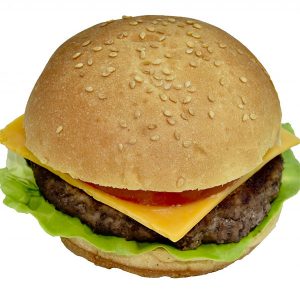 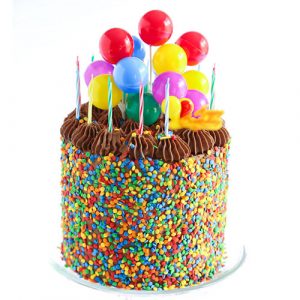 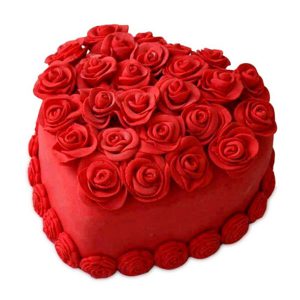 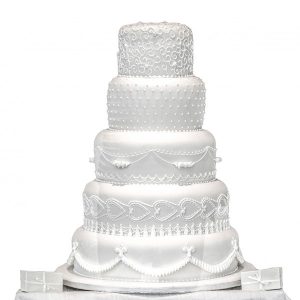 The image of the hamburger only communicated what it was, not what it was for or what it celebrated. There was nothing symbolic about the hamburger. But for the cakes, you knew not only that they were cakes, but what those cakes were celebrating. Their styles create a message. A cake that comes in tiers, light colors, and that uses lace or floral inspired designs celebrates a wedding.

Wedding cakes have a uniquely symbolic two-thousand-year history that almost all other commodities do not.

If you walked into a room and saw the cake from the last picture, you’d immediately recognize that it was a wedding. The cake communicated the message that this is a wedding. And since what constitutes a wedding is a controversial political and moral question, creating that message is constitutionally protected speech.

Phillips has the legal right to believe that when two people of the same-sex get married it is not a valid marriage. But the symbolic design elements of a wedding cake communicate the opposite.

Other Paths to Free Speech Protection

Phillips must prove that a cake qualifies as speech to win the case on free speech grounds. The Spence-Johnson test is the most likely way, but there are other possibilities.

“But the Baker Didn’t Hear What Design They Wanted”

Many have argued that Phillips can’t complain about being forced to design a cake since he never heard how Craig and Mullins wanted the cake designed.

In fact, when Craig and Mullins did get their wedding cake it was decorated in a traditional style, but the cake inside the frosting was dyed to look like a rainbow, a symbol of the LGBT+ rights movement. These elements combined create a clear artistic message in favor of same-sex marriage.

“What if They Ordered the Exact Same Cake as Someone Else?”

Others argue that Phillips can’t complain about being coerced to say something since Craig and Mullins could have theoretically ordered a cake identical to one he made before.

However, the location of speech has a major effect on the message that speech conveys. Consider how differently a game of pin the tail on the donkey would be perceived at a children’s birthday party rather than a Republican party meeting.

The cross in this picture, for example: 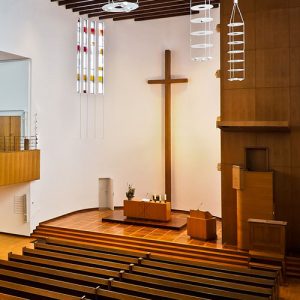 Sends a dramatically different message than the substantially similar cross in this picture: 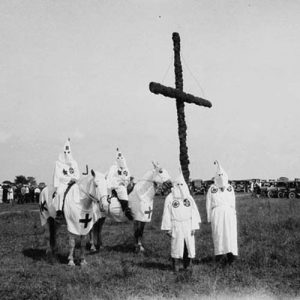 In this case, having the identical cake at a same-sex wedding would obviously send a different message about marriage than that cake at a heterosexual wedding.

In 2009, the Supreme Court agreed. They found that the location and surroundings of a monument changed its meaning. So even if Phillips makes a cake for one kind of event, he cannot be coerced into making the same cake for a different event because that sends a  unique message with which he doesn’t agree.

Who is Speaking, the Baker or the Customer?

Colorado argues that even if a cake is speech, that speech belongs to the customer buying it.

But Colorado significantly undermined its own argument. A Christian asked a baker to create a cake with bible verses on it. The baker, who was gay, turned down the job.

When the Christian customer complained to the Colorado Civil Rights Commission they turned him away because the message was offensive to the baker. In this case, Colorado agreed the message belonged to the baker, not the customer.

John Hurley ran a St. Patrick’s day parade. While he was happy to have LGBT+ individuals march in the parade, he refused to let the Irish-American Gay, Lesbian, and Bisexual Group march behind their banner. They sued based on a Massachusetts non-discrimination law very similar to the Colorado law in this case.

In a unanimous decision, the court found for Hurley. The case found that the non-discrimination law couldn’t be applied against Hurley because it “had the effect of declaring [Hurley’s] speech itself to be the public accommodation.”

In the same way, the Colorado law has the effect of declaring the baker’s speech to be the public accommodation. Current court members many assume will find against the baker, including Justices Breyer and Ginsburg, agreed with this reasoning.

Some will point to other Supreme Court cases that found that laws can force open and public spaces that are privately owned to allow others to speak in those spaces. But there is a chasm of difference between allowing speech and being forced to create speech.

Can the Government Force You to Say Something?

If Phillips proves that a wedding cake qualifies as free speech, does that mean the government can’t force him to make it?

In the first article, we looked at the requirements a law must reach to legally violate someone’s rights. If Phillips proves the first two points, that means this case counts as “compelled speech” and those requirements apply.

The government has found occasional times where it can compel speech. But all of those cases have to do with political transparency, providing information to a police officer or court, or protecting public health and safety. This clearly doesn’t fall into those categories.

In 1943, the Supreme Court heard a case of two Jehovah’s Witness girls who were forced to say the Pledge of Allegiance at school. They won the case and the ruling said, “If there is any fixed star in our constitutional constellation, it is that no official can . . . force citizens to confess [an opinion] by word or act” (emphasis added).

This conclusion has never been questioned by the Supreme Court.

Colorado wants the Supreme Court to overturn seventy-five years of past cases. They claim everyone will know Phillips isn’t supporting same-sex marriage by creating the cake because he’s only following the law.

Under this same logic, the girls at school could have been forced to say the pledge, or the parade organizers to include the group they disagreed with. They would have only been following the law, after all. But the Supreme Court disagrees with that conclusion every single time.

Colorado is essentially saying, we’re going to force you to say something, but since we’re forcing you to do it, everyone knows you don’t mean it, so you can’t stop us.

This attempt to dodge free speech protections would give the government unlimited power to force anyone to say anything. Even if the Supreme Court finds against Phillips, let’s hope it is not based on this reason.

A Muslim runs a printing shop nearby a local university. The local Muslim Students’ Association asks for a banner for an upcoming campus event that reads, “Following the One True God.” The printer is happy to create the banner.

Check back on Monday when we look at how the rights we’ve discussed so far apply to an individual who is running a business.