HISTORY® is partnering with FamilySearch International, sponsored by The Church of Jesus Christ of Latter-day Saints, to give the Freedmen’s Bureau Project a final push.

The “Reading for Roots” effort, a social media campaign, has been launched to accompany “Roots,” a television series about American slavery, which will air four consecutive nights beginning Monday, May 30, 2016. The goal is for this effort to complete the indexing of Civil War-era names in hopes to have it available online for family history researchers to find information about their African American ancestors.

“By teaming with HISTORY® to transcribe Freedmen’s Bureau records, we are identifying the names of former ‘nameless’ slaves. When we rediscover their identities and their heritage, the forgotten become remembered,” Stephen T. Rockwood, CEO of FamilySearch International, said. “These valuable records will be searchable on FamilySearch.org and preserved for generations at the Smithsonian’s National Museum of African American History and Culture.”

While about 85 percent of the Freemen’s Bureau records have been indexed, FamilySearch hopes all of the records can be transcribed by “Juneteenth,” an annual celebration of Emancipation Day more than 150 years ago when the slaves received their freedom.

This project offers a great opportunity for African Americans to find their ancestors that may assist in bridging the gap between freedom and slavery.

“At its heart, ‘Roots’ is a powerful story about the importance of heritage and identity, and we believe there is no better way to honor the spirit of this story than to help African American families connect with their own family heritage by supporting the Freedmen’s Bureau Project,” Elizabeth Luciano, vice president of Marketing and Brand Strategy for HISTORY®, said.

The project is projected to be completed on the same day as the opening of the Smithsonian National Museum of African American History and Culture (NMAAHC) in Washington, D.C., on September 24, 2016. The museum will make the records available as part of a display, and will also be available online at FamilySearch.org.

FamilySearch is a nonprofit organization and is the largest genealogical association in the world. Since 2006, FamilySearch indexing has produced more than one billion searchable records available online for free.

For more information on the Freedmen’s Bureau Project, visit DiscoverFreedmen.org. 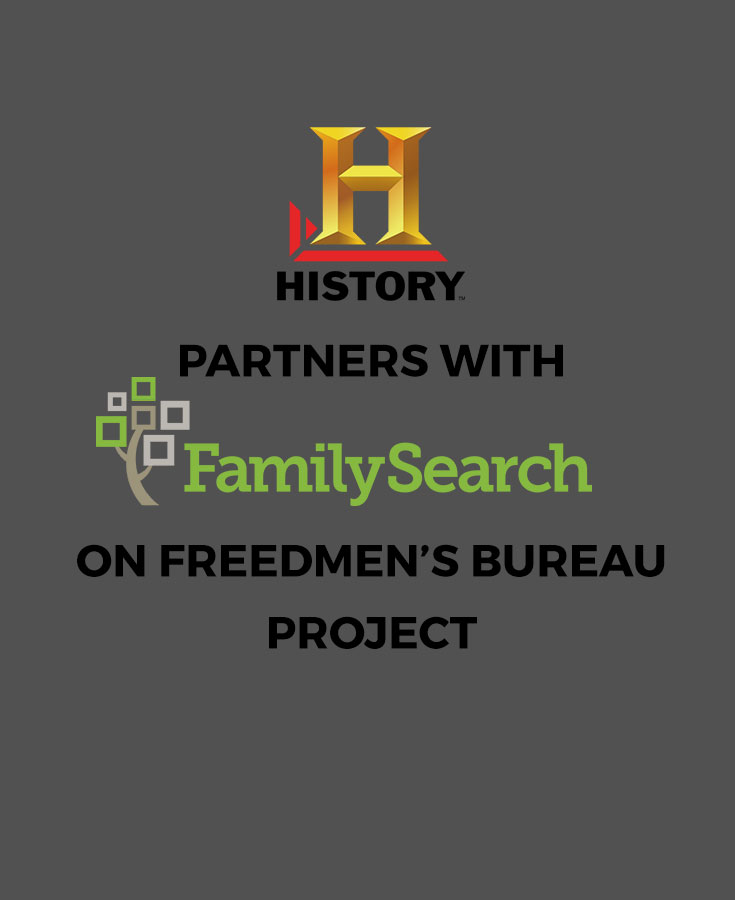