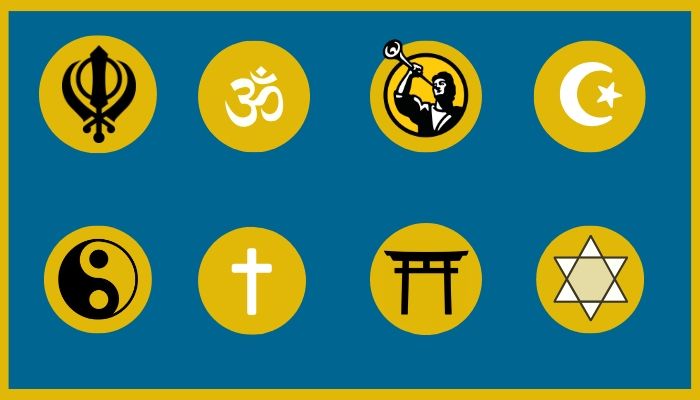 If you were to take a quiz with 15 questions about other major U.S. religions, how many do you think you’d get right?

Okay, so obviously that’s not great — but sadly, I fared a little better than other Church members. On average, we scored less than 7 out of 15. To say that the majority of us  know little about other religions is, unfortunately, totally accurate.

But how can we fix it? And honestly, does it even matter if we don’t know things about religions other than our own?

Yes, it matters — and it can be fixed. Pretty easily, in fact.

Last month, Pew Research published an article entitled “What Americans Know About Religion” that included results from a religious knowledge quiz/survey conducted in February. The quiz had over 10,000 participants, among whom were members of The Church of Jesus Christ of Latter-day Saints.

“On average, Jews, atheists, agnostics, and evangelical Protestants score highest on the new survey of religious knowledge, outperforming members of other Protestant traditions, Catholics, Mormons, and Americans who describe their religion as ‘nothing in particular.’

Jews are the top performers on questions about other world religions, getting 7.7 questions right, on average, out of 13 questions about Judaism, Islam, Buddhism, Hinduism, Sikhism and global religious demography. Atheists (6.1) and agnostics (5.8) also do well on these questions compared with the national average (4.3).”

And that needs to change.

Why It Matters That We Know About Other Religions 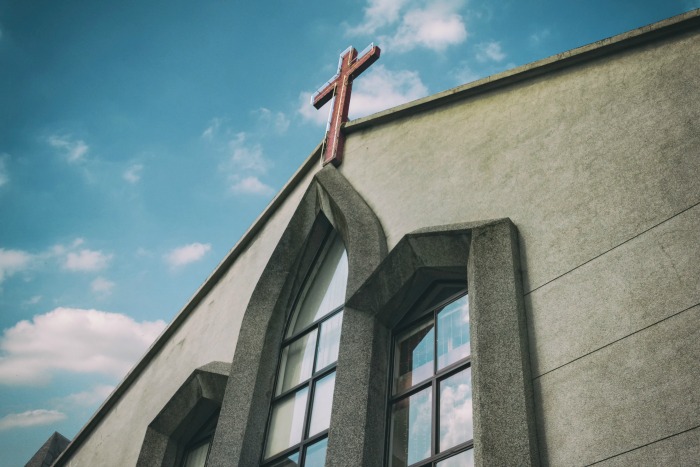 If you read the Pew article, you’ll note that one of the subtitles reads, “Religious knowledge linked with more favorable views of religious groups.” In other words, the more we know about another religion, the more we respect, admire, and love those who belong to it.

Third Hour author Gale Boyd has lived in a number of exotic locations, and her experience echos this finding:

“We lived in societies with majority Irish Catholic, Protestant, Jewish, Moslem, Greek Orthodox, Born Again, Hindu, Buddhist. We got to know the most wonderful people from all faiths and no faith. Our minds and hearts are wide, wide open; our appreciation for diversity of belief and culture has grown almost to bursting. I think that when people don’t experience or understand other beliefs and cultures, they become fearful and closed off. Yet, Heavenly Father actually has an appreciation for these things that may frighten us. Note the line about charity that says “seeketh not her own.” I really think this is what it’s talking about. We can’t sit in our bubble and expect to see God’s creations clearly.“

When we know more about others and the faiths that they love and cherish so deeply, we will find that we love them more deeply.

Such was certainly the case with the Ameri (Muslim) and Jensen (Latter-day Saint) families, who broke their fasts together.

“What I have learned today from a family of Latter-day Saints who live in a Muslim country,” said Khalid Al Ameri, “is that above all, the similarities in our religion is a foundation that we both share — and that is to be good people and to be kind to those around us.

Basically, when we know better, we do better. We treat other religions with greater kindness and find increased love and respect for their cultures, values, and traditions. If that’s what we want for ourselves — increased knowledge and tolerance of our beliefs — then surely we need to extend that courtesy to others.

In 2015, BYU published an essay entitled “Learning about Other Religions: False Obstacles and Rich Opportunities” by Mauro Properzi. In it, Properzi expounds on the importance of learning from other religions, stating:

“Learning about other religions is a pragmatic necessity rooted in a spiritual foundation for Latter-day Saints who want to build effective and mutually fulfilling relationships of collaboration with members of different faiths. . . Mormonism advocates equilibrium, and the gospel may be rightly viewed as a harmony of correct principles that ought to be kept in fruitful tension with each other. It is then balance between the faith’s exclusive claims and its liberal recognition of the general goodness of religion that allows Mormonism to be both particularist and inclusive. When we fail to live in this tension and do not experience this balance, we risk losing the full perspective of the restored gospel” (emphasis added).

How We Can Fix It

So to fully grasp the joy and beauty of the Restoration, we need to know of and learn about religions other than our own. But how exactly do we do that?

The best way, I think, is to talk to people we know who belong to other faiths. Ask them the type of questions you wish people would ask you in order to better understand your religion. What are their beliefs? Why do they do practice in certain ways? What is the most misunderstood aspect of their religion?

Talking to a source firsthand is the best way to get information and to get a more well-rounded view of what a certain faith believes and practices. Google is great, but it’s also filled with misinformation (as we Saints very well know). Luckily, talking to someone directly eliminates a lot of those false or misunderstood ideas.

However, you may not know someone who belongs to certain faith you want to learn more about, in which case you’ll need to turn to classes, books, and the web.

Comparative religion courses are great (that’s actually how my stepmother joined the Church!) and, if you’re currently in college or interested in taking university courses, the Church’s universities offer great classes on the subject. If you’re not in school, though, never fear: the Church’s institute program has an entire course devoted to the subject called “The Restored Gospel and World Religions” — and most of the readings are available online! (The Church is ALWAYS comin’ in clutch, am I right?!)

“The objective of this course is to help students increase their understanding and conviction of the unique characteristics and divinely appointed mission of The Church of Jesus Christ of Latter-day Saints while also expanding their awareness of and respect for other religious traditions and organizations.”

The course includes a section on a ton of different religions, including Confucianism, Buddhism, Islam, Hinduism, and others. Religions of the World: A Latter-day Saint View, the book that is recommended for the course, gives readers a richer understanding of religions throughout the world. It can be purchased online here.

Another great resource was founded by Dr. Jill Carroll, “a Houston-based scholar, writer and speaker who specializes in world religions, religion and world politics, religion in public life, and applied life philosophy.” Her website, World Religions Professor, includes basic information about a wide variety of religions and is helpful for the novice world religions learner.

We’re so blessed to live in a day and age where we have so many resources waiting to be utilized. We can learn more about other religions; all it takes is a little effort on our part. We’ll find that it’s well worth it.

As we strive to learn about and cultivate greater love, respect, and understanding between ourselves and those of other faiths by learning more about their beliefs, we will become better, more Christlike disciples who are prepared to help our brothers and sisters in need — regardless of their religion.