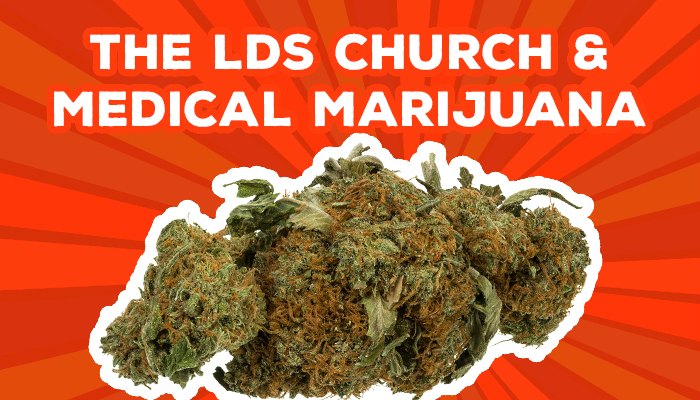 Many states’ legislatures are grappling with decisions regarding the legal use of marijuana. These cases have gained importance because of the devastating results of using opioids, for which marijuana might be substituted, if it were legal to use medicinally. Other states that have legalized marijuana for recreational use see it as causing less impairment than alcohol.

The Church of Jesus Christ of Latter-day Saints does have influence in Utah regarding such laws. Over 60% of Utahns are LDS, as are many legislators and often, the governor (which is currently the case).

Recently, Fox 13 News in Utah asked a church spokesman about marijuana legalization in Utah and received this statement:

“Lawmakers across the country have wrestled with whether to legalize the use of marijuana for medicinal purposes. This discussion raises legitimate questions regarding the benefits and risks of legalizing a drug that has not gone through the well-established and rigorous process to prove its effectiveness and safety.

“During the 2017 legislative session, a bill was passed that appropriately authorized further research of the potential benefits and risks of using marijuana. The difficulties of attempting to legalize a drug at the state level that is illegal under Federal law cannot be overstated.

“Accordingly, we believe that society is best served by requiring marijuana to go through further research and the FDA approval process that all other drugs must go through before they are prescribed to patients.”

Utah will have a ballot initiative in 2018 on legalizing medical marijuana. “Supporters of the medical marijuana ballot question include a number of people with medical issues and patient advocates. They said they have pushed for it after years of inaction by the Utah State Legislature.

“Former Sen. Mark Madsen, L-Saratoga Springs, said Monday patients who are LDS are put in a tough spot when it comes to medical cannabis. In some states it’s legal, but in Utah it is not. ‘If I stay here, I not only run the risk of being a criminal but my status with my church is dubious,’ he said. ‘Can I or can I not go to the temple? Those decisions, I think, are unfair to put a member of the church in'” (Fox 13).

In certain forms, medical cannabis lacks the addictive substances inherent in the entire leaf of the marijuana plant, but testing has been very limited because of illegality.