Buzz LDS News LDS Members and Missionaries Rush Into a Burning Building in Lethbridge to... 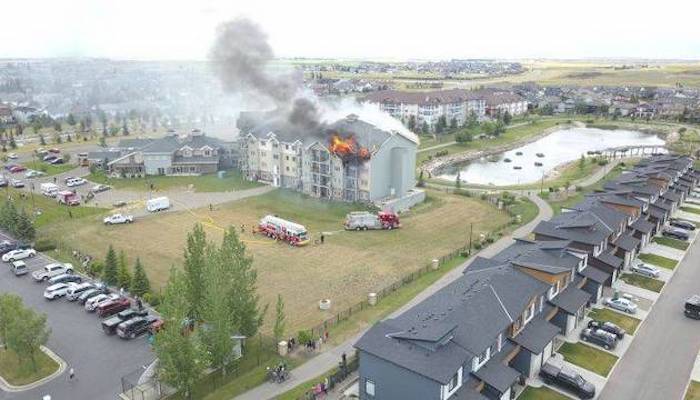 An otherwise unremarkable afternoon in Lethbridge, Canada, turned into a day many would never forget when fire erupted in a senior apartment complex. As smoke billowed from the top of the four-floor building, many of the residents were unaware of the danger. Providentially, an LDS church was next door to the burning building and 80 missionaries along with some members just happened to be undergoing safety training right at that moment. Once they noticed the fire, they rushed over to help. Mission President Steve Miles told reporters that having so many missionaries on site at one time was an usual occurrence.

Joe Paul, an LDS member from Salt Lake in town to aid in the safety training, jumped into action, grabbing a fire extinguisher in case he had to flames out on his own body. His 23 years of volunteer work with search and rescue made rushing into the burning building to find and get residents to safety second nature. Joe Paul told Lethbridge News Now,

“Myself and a couple of our other people run over and went into the building and started getting people out. I probably evacuated 50 people out of the different rooms.”

Through the efforts of the Mormon members and missionaries, the Lethbridge firefighters, and other good samaritans, all 140 residents made it safely out of the building with nary an injury.

But the Mormon contribution didn’t end there. The residents of the building were now virtually homeless, so the LDS church opened its doors and food to the displaced seniors until further arrangements could be made. With smoke, water, and fire damage to much of the building, it’ll be a while before the residents can return to their homes.