A storm pattern that delivered death and destruction across several southern states this fall also provided its share of hope and miracles. With the chaotic randomness of tornadoes, that is often the case.

Late on the night of October 20, 2019, a tornado blew through the Dallas-Fort Worth area, producing winds of up to 140 miles per hour.  The event left several buildings completely destroyed, including a Home Depot store and a fire station.  The next day, that same storm system was responsible for at least four deaths in Oklahoma and Arkansas.

However, in the midst of the destruction, an estimated $50,000 worth of White Elegance apparel survived the storm, undamaged.

White Elegance is a clothing boutique that specializes in clothing for Latter-day Saints and others, including temple dresses, LDS baptism dresses, First Communion dresses, blessing outfits for boys and girls, and more. Since 1994, White Elegance has made it their mission to design apparel that is faith-focused, confidence-boosting, and of exceptional quality.

White Elegance co-owners Anna Barbieri and Tamera Perkins are members of The Church of Jesus Christ of Latter-day Saints. They started the company based on the belief that the Lord wants people to feel confident in their bodies. White Elegance apparel reflects this principle. Barbieri and Perkins believe that because of their faith, White Elegance was spared from the destruction of the tornado.

“I live 4.8 miles west of my factory and the tornado flew over my home before touching down, destroying several buildings around the factory,” said Leroy Perry, owner of Lone Star apparel.  For some 15 years, his factory has been the primary manufacturer of White Elegance dresses and fine clothing.

“My wife was watching her favorite team, the Dallas Cowboys, on TV and we weren’t even aware the storm was passing so close,” Perry added.  “I didn’t know the factory had been damaged until I tried to go to work at 6 the next morning.  Police had the road blocked.  It was several days before they let me in.”

When Perry was finally allowed into his building, he discovered severe damage.  But in the midst of the destruction, several pallets of White Elegance clothing—primarily temple dresses—were completely unscathed.

“I had 14 skids (pallets) of merchandise saran wrapped and ready to ship to Utah,” Perry said.  “When we finally got to assess the factory’s damage, the repairs were estimated to cost about $1.2 million.  But the White Elegance clothing was in a part of the building that had very little damage.  We had to move the merchandise out in cars and Suburbans —and the shipment was a week late.  But other than that, there were no problems with it. “

“It really is incredible,” he continued. “I think the Mormon God was looking out for Anna and Tamera.”

Nearby in the melee, concrete buildings were completely destroyed, 18-wheel trucks were torn to pieces and tens of thousands of people lost electricity for an extended time.

Without the good fortune they enjoyed in the storm, Barbieri and Perkins could have sustained a serious business setback to their business.

“Leroy told us 300,000 yards of fabric were destroyed in the tornado,” Perkins said.  “However, we only lost 20 yards of White Elegance fabric. I believe the Lord chose to protect our dresses and fabric because they represent the faith of his devoted servants. It’s another example of modern miracles.”

“I have a feeling that without our faith, we may not have been this fortunate. The tornado could have easily destroyed everything in the warehouse,” Barbieri said.

Repairs are now underway at Perry’s 30,000 square foot warehouse.  He expects to be working out of the building again in March.

“Tamera met Leroy at a trade show in the early 2000s,” Barbieri said.  “When we started White Elegance, all the manufacturing was done in Utah.  But now about 80 percent of our clothing is manufactured in the Texas factory.  When I asked Leroy if we could do anything to help after the storm, he said ‘No—thanks to the Mormons and our Jewish friends, we’re in good hands.’”

White Elegance employs 24 people in Utah with stores in Murray, Orem, and Centerville, along with its 8,000 square foot headquarters in Salt Lake City.

“We’re so grateful the tornado touched down late at night and no one was injured in the factory,” Barbieri concluded.  “Even though there was lots of destruction that night, there were also plenty of miracles.” 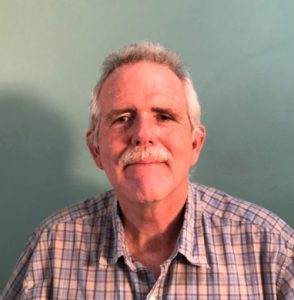 Carl Fauver is a freelance journalist and contributor with over 35 years’ experience in covering local events. He has contributed pieces for both newspaper and radio outlets. He currently lives in West Jordan, UT with his wife. Carl is a proud father of his 3 daughters, 1 son, and 1 grandson.