Madeleine Wilford should have died. But God gave her family a miracle.

A 17-year-old Mormon junior at Marjory Stoneman Douglas High School in Parkland, Florida, Madeleine was in her AP Psychology class when she heard gunshots. She hid behind a teacher’s podium and desk, but it wasn’t enough to protect her from what was coming.

“All of a sudden I felt a shot hit me,” Madeleine later reported. “I realized I was shot and an immense amount of pain went over me. The first thing I thought was that I was going to die. I was screaming, ‘Help me! Help me!’ I was frantic. I didn’t know what to do.”

Then she felt a sudden wave of peace surround her, and she passed out.

Gunman Nikolas Cruz, age 19, murdered 17 of her classmates and teachers. Cruz shot Madeleine four times in the chest, abdomen, and arm. She was one of 16 wounded.

Medical teams arrived to clear the room. At first sight, Madeleine appeared to have already passed to the other side of the veil. Then an officer shook her, and she moved.

A member of Broward Sheriff’s S.W.A.T. team placed an emergency chest seal on her to prevent air escaping from a collapsed lung. Dr. Igor Nichiporenko, medical director of trauma services at Broward North, later confirmed that this move saved her life. 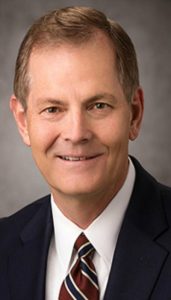 She was then rushed in an ambulance to Broward North’s Trauma Centre, which was 20 miles closer than the main Broward Health Medical Centre in Fort Lauderdale. Here she underwent three major surgeries in a matter of days and multiple blood transfusions.

Elder Gary E. Stevenson of the Quorum of the Twelve Apostles visited her at the hospital and administered a priesthood blessing. Madeleine later said of the experience, “There was an immense amount of peace throughout the room.” Elder Stevenson also read 2 Nephi 2:2 with her, saying that God would “consecrate [her] affliction for [her] gain.”

The Browland County Sherriff’s Office S.W.A.T. Team visited her as well, and Madeleine and her family were able to express their gratitude for saving her life. 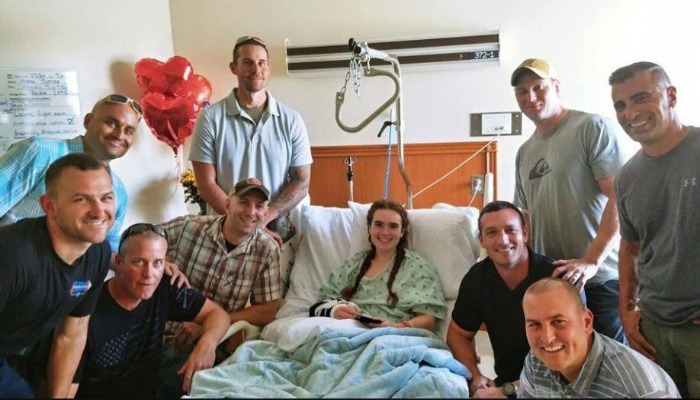 Finally, Madeleine and her family met President Donald Trump and the First Lady. President Trump promised her a personal recommendation for her future application to Brigham Young University. 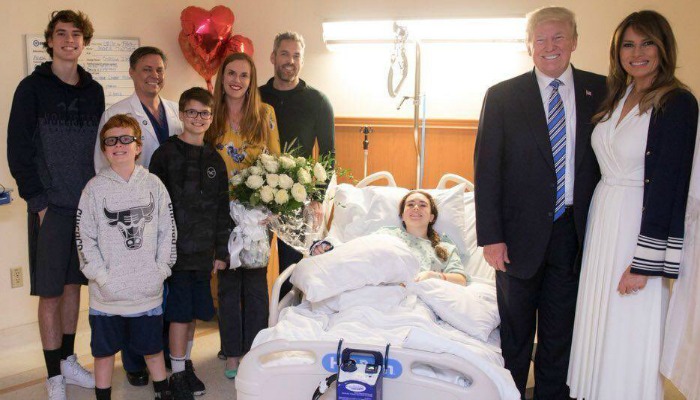 Just a week after the shooting, Madeleine was released from the hospital.

“She was shot four times with an assault rifle at close range and now she’s sitting downstairs a week later with two friends from church, laughing. I can’t even believe it,” her father David Wilford reported to the Deseret News about the miracle.

Madeleine lost her friend Alaina Petty, a 14-year-old Mormon, JROTC cadet, and victim of the gun massacre, who posthumously received a Medal of Heroism from the U.S. Army. Madeleine and Alaina both spent time at Girls’ Camp together.

“I loved her,” said Madeleine. “She always lit up the room. She was always so lighthearted and spirited. She always made people laugh. It was rough losing her, finding out she was dead. I know she’s in a good place.”

Two weeks prior to the shooting, Madeleine gave a talk in church. She recalled having said that, “Most people say they don’t believe in God because if there was a God, all these terrible things wouldn’t be happening. But that’s what we’re put on this earth to do, to endure a lifetime, and life’s going to be full of ups and downs. The only way we can make it better is to turn toward Christ and know that He always has a plan for us, and He’ll help us through it no matter what.”

Madeleine’s words are not only of great comfort to her family and friends, but may also help those who have experienced tragedy and have not received the miracles they desired.

Both Madeleine and her parents have publicly expressed their gratitude for the miracle of her life.  The day of the shooting, Missy Cantrell Wilford wrote on Facebook,“I have to thank my Lord and Savior for sparing my daughter’s life today.”