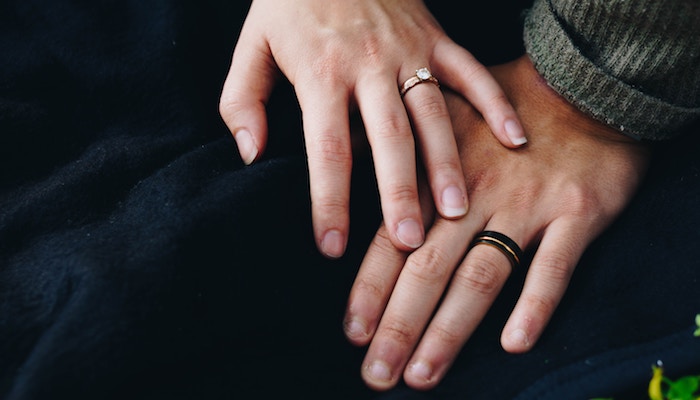 Sixty-six percent of Mormon adults are married, the highest rate among all religious (or non-religious) groups in the United States.

The statistics come from Pew Research Center study from 2014, resurrected yesterday for a FactTank article. The study found that 48% of all U.S. adults were married. Other groups that showed marriage rates in the sixty percent range included a number of Protestant churches and Hindus.

If you’ve been awake for any general conference session over the past few years, these statistics shouldn’t surprise you. Like undershirts and The Princess Bride, marriage is something Mormons take seriously.

In a 2011 survey, 71% of Latter-day Saints said that having a successful marriage was one of the most important things in life. Only 34% of the U.S. general public agreed.

The strength of Latter-day Saints lies not only in their commitment to marriage but also in their commitment to try again. Utah, home to more than two million Mormons, has one of the nation’s higher divorce rates. But Utahns are also likely to remarry, found Utah’s Department of Workforce Services; so while more Utahns divorce, less are divorced.

“What makes Utah unique is that its residents get married earlier than the rest of the nation,” wrote Salt Lake Tribune’s Matt Canham. “Because of that, it has a slew of young divorcees, who are then far more likely to re-enter the dating world than someone whose marriage falls apart later in life.”

Numbers can be great storytellers, but their perspective is limited. Almost 7 out of 10 Mormons are married, yes, but how many can report satisfactory marriages? How many are keeping their marital covenants? Our goal should not be hitting the highest marriage rates but creating fulfilling, Christ-centered unions.

The most impactful stories are the ones we write ourselves, the ones our children will read when we enrich our marriages one action at a time. Those are the figures that count.