Buzz LDS News OPINION: Is it OK for the Church to Have a Savings Account? 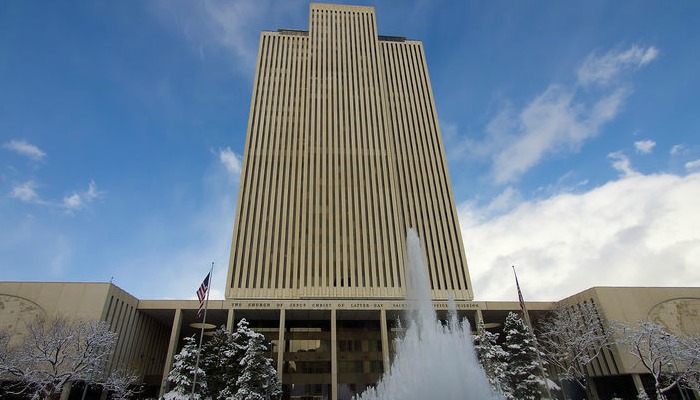 As a Latter-day Saint, reading the recent whistleblower complaint in the Washington Post makes me take a step back. Could it be possible that the very leaders I have been looking towards for moral and spiritual guidance are propagating a financial fraud?

Perhaps my first instinct is to dismiss the complaint out of hand, have faith in my religious leaders, and move forward. But I owe it to my own intellectual integrity to look at the allegations with a clear and inquiring mind.

What are the accusations of wrongdoing?

If you read the comments you might come away with the impression that there are serious allegations of misdoing: Gulfstream jets, corruption, money laundering. So it’s important to cut through the broad story to the three actual accusations:

No church leader is being accused of using any church funds for their personal use. No one is suggesting that tithe-paying Latter-day Saints were cheated or stolen from.

We simply don’t know whether or not the allegations are true yet. This is for two reasons. First, there are a lot of accusations, but not much evidence included in the complaint. This doesn’t mean that the accusations are false, it just means we won’t know their accuracy until an investigation is completed.

As the Washington Post noted in their initial report of the story, “No documents are provided to support this claim.”

Secondly, even if some of the claims were true, they aren’t necessarily violations in tax law. Many of these regulations don’t come with hard bright lines but are rather dealt with by the IRS on a case-by-case basis.

For example, Sam Brunson, an expert in religious tax questions, pointed out yesterday an occasion where a hospital set up a trust to hold money then used it to pay out malpractice claims, and the IRS determined that qualified for non-profit status.

If it’s determined that the Ensign does owe additional taxes, those can be paid, and if necessary the Church can reorganize their holdings to better comply with tax laws.

It’s also important to note that based on the Washington Post’s history of reporting, the question of whether or not the tax problems are legitimate is really not that newsworthy or interesting.

Why did this make national news?

Forbes reported that in 2018 the IRS awarded whistleblower awards in 217 cases. The total number of whistleblower complaints is likely higher since this only shows those that resulted in back-taxes paid.

So what sets this story apart?

According to data from the McCune Institute made available for this story, in the last five months the Washington Post has published about The Church of Jesus Christ of Latter-day Saints more than seven times per month, reflecting a fixation on the Church regardless of the topic.

The Church’s finances, in particular, have long been of interest to reporters from Time, Newsweek, Forbes, and others.

The whistleblower complaint then isn’t in fact the real news story. The real news story is the eye-catching $100 billion—financial information that the Church had the legal right to keep confidential, while the complaint is simply the excuse the Post had to publish that information. If there’s any question, the title clears up what the Post felt was most newsworthy “Mormon Church has misled members on $100 billion tax-exempt investment fund, whistleblower alleges.”

Mormon Church and $100 billion—that’s what makes the story newsworthy. The title barely sneaks in the whistleblower and doesn’t mention any of the actual tax accusations.

As an observer, I trust the news media to identify what rises to the level of being worthy of my attention. So, in this case, it’s important to recognize that what is newsworthy isn’t that the Church might need to pay back taxes but that the Church has significant financial resources saved.

Did the Church mislead members about tithing funds?

In which case, the main concern for Latter-day Saints is whether or not we have been tricked into paying tithing.

This is a more difficult question and one where I can’t speak for everyone. I know I certainly don’t feel that way. Dedicating 10% of my income to the Church is a matter of personal faith and dedication and is independent of the Church’s financial situation.

And from initial comments, I don’t think I’m alone. As many Latter-day Saints have said today, including an editorial in the Deseret News and Senator Mitt Romney, they are glad the Church has been responsible with its funds and as Romney said, “saved for a rainy decade.”

Also, I anticipated that the Church was well off financially based on statements made over the pulpit and in classroom discussions. In fact, lessons have specifically included tales of the Church’s financial turn around to inspire faith and good financial practices in our own lives.

However, other members will certainly feel misled. Some feel that periodic reminders of the principle of tithing imply financial need. Nielsen, for example, feels that way.

In specifically addressing issues like this, last year Presiding Bishop Gerald Cause said:

“The Church also methodically follows the practice of setting aside a portion of its revenues each year to prepare for any possible future needs.

“The monies set aside are then added to the investment funds of the Church. They are invested in stocks and bonds; majority interests in taxable businesses (some of which date to the Church’s early Utah history); commercial, industrial, and residential property; and agricultural interests. These invested funds can be accessed in times of hardship to ensure the ongoing, uninterrupted work of the Church’s mission, programs, and operations and to meet emergency financial needs. The funds can also be used to provide additional financial resources as needed to support Church growth as prophecy is fulfilled that the gospel of Jesus Christ will be taught and the Church established throughout the world.”

This sounds like a pretty clear description of what in fact was going on.

Is the accuser credible?

This suggests that the Washington Post hasn’t really done its due diligence for its Latter-day Saint readership. The article purports to be helping Latter-day Saints by revealing a fraud that the Church has committed against them.

But it leaves out whether or not this information is ultimately reliable.

David Nielsen, who made the whistleblower complaint, worked for Ensign Peak Advisors for many years. So at first pass, he is certainly credible. But there are several factors that distinguish him from other whistleblowers. However, there is an important thread that has been sorely missing in reporting on this issue.

The documentation released in relation to the whistleblower complaint is stylized in the genre of “anti-Mormon” literature. This is something that Latter-day Saints learning about this complaint deserve to know as they try to make sense of the allegations.

The complaint is titled “Letter to an IRS Director” a clear allusion to the “Letter to the CES Director” which is a popular meme among anti-Mormons online. It also is a checklist of familiar anti-Mormon themes using phrases like “Mormon, inc,” fixating on the downtown Salt Lake City, City Creek Mall, complaining about apologists, and mentioning “tapirs”—a reference familiar to those who spend time on ex-Mormon internet boards as a criticism of Book of Mormon historicity.

In fact, long-unfounded complaints about tax status are a regular theme in anti-Mormon literature due to the influence of Fred Karger. And much of the complaint devolves into a criticism of the principle of tithing generally, rather than the specifics of the alleged tax fraud.

The references to anti-Mormon literature are so clear, it is a discredit to the Post’s religion reporter Michelle  Boorstein that they were not mentioned in the initial reporting.

As a Latter-day Saint, it is important to me that organizationally the Church follows it’s commitment in “obeying, honoring, and sustaining the law,” including paying all necessary taxes. And I suspect that if it’s found they haven’t, that back taxes will be quickly paid.

After looking closely through the matter, however, I personally come out more frustrated with the Washington Post’s reporting on the story—its mispositioning of the importance of the tax matter in order to secure the eye-catching $100 billion headline and its omission of the religious context that would be crucial to Latter-day Saints’ best understanding the issue.